Home » Embracing the chaos and learning to love Hanoi
Stories

Embracing the chaos and learning to love Hanoi 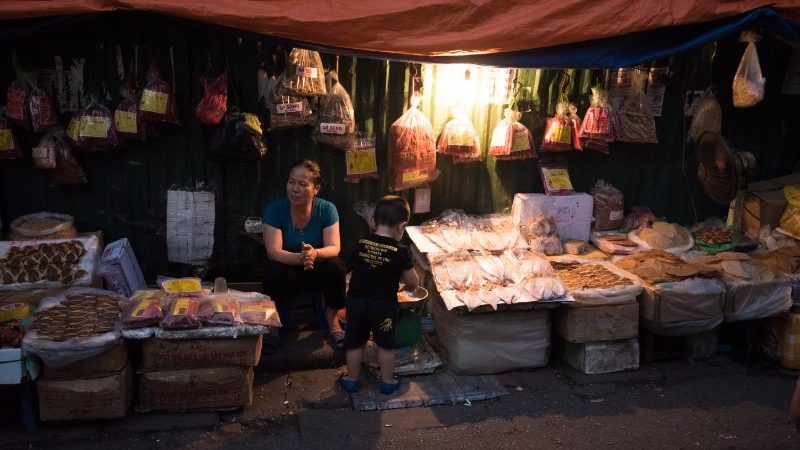 It took me all of a day to decide I didn’t like Hanoi. I arrived at night under a sky that was starless and rainy, air that felt cool and clammy – and in a taxi that cost me 400,000 dong more than I had anticipated.

Come morning, a grey haze hung over the city, drizzly rain seeping into every crack of the mangled sidewalks and into my pores. The streets screamed with chaos – cars, motorbikes and bicycles all surged from seemingly every which way, a moving mob on wheels. 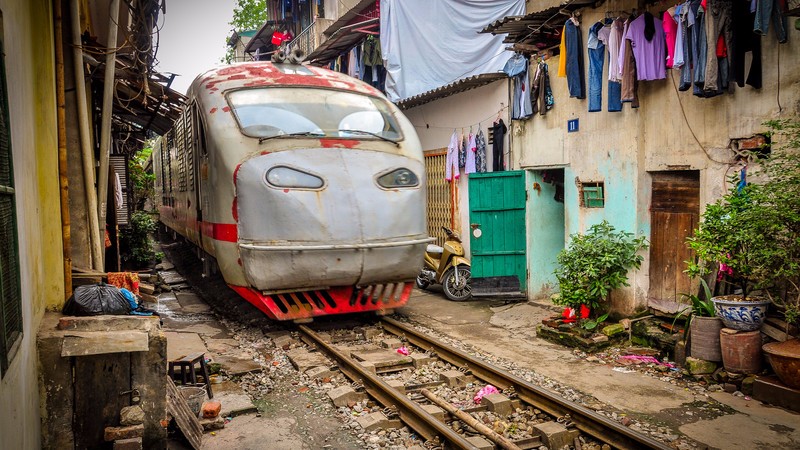 It’s not that I hated it. I don’t think I’ve ever ‘hated’ any place. But Hanoi’s energy felt like an assault. New smells and loud sounds and the sensation that everything around me was always moving put my senses into overdrive. There was too much to take in, to watch for as I crossed muddy streets of reddish brown rivers, trying not to get hit by a weaving motorbike, my ears ringing from blaring horns. I just wanted it all to stop. I needed to breathe.

I was travelling with a friend from home who, unlike me at the time, had travelled extensively through Southeast Asia. “Just trust they’ll go around you,” she said, as I froze for the umpteenth time while trying to part the sea of motos. “They don’t want to hit you.”

READ MORE: HOW TO CROSS THE ROAD IN VIETNAM It’s one thing to logically understand that the drivers of Hanoi aren’t aiming their wheels at pedestrians, but it’s quite another to convince your survival instinct of the same thing. Each time we crossed a road, it felt like victory – the prize being all my limbs still attached to my body.

We stopped for lunch at a stall simply named Phở Gà (translation: Chicken Soup), located next to the wildly popular Café Trang. The phở had a slightly sweet broth, with pork meatballs in hers and chicken in mine, and a collection of herbs and chilis that made it more flavourful than the best soups I’ve had anywhere in all my travels. Before I had departed for Vietnam, everyone told me the highlight would be the food, that there is nothing comparable to real Vietnamese cuisine. In that moment, slurping up noodles and broth, I knew they were right – and thought that maybe they had even downplayed the power of a good bowl of phở when you’re wondering where the hell you are. 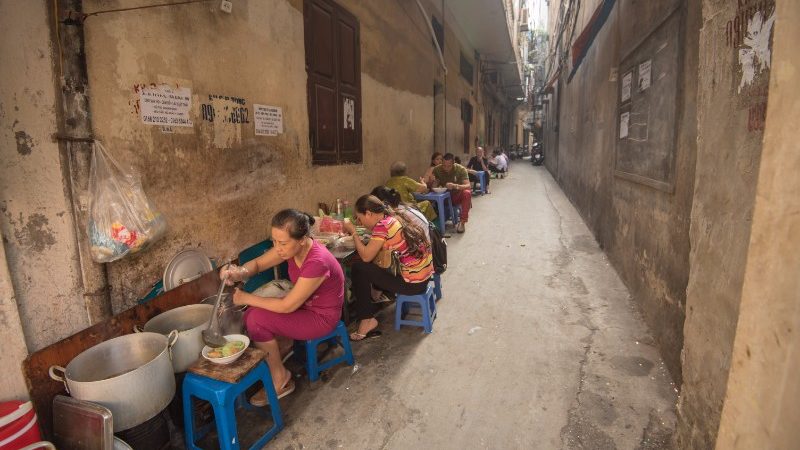 It was sometime around then that my anxiety started to slip away. Leaving lunch and dodging cars and bikes and vendors along Ngô Sĩ Liên suddenly felt methodical. Maybe it was the soup soothing my senses, but I could see everything moving like a ballet in organized chaos. It was like those 3D magic eye games I used to play as a kid, where you’d stare at scrambled images that only revealed themselves when you stopped trying to focus.

READ MORE: 6 COMMON SCAMS IN VIETNAM (& HOW TO AVOID THEM)

One of my favourite novels is The Beauty of Humanity Movement by Camilla Gibb, which takes place in Hanoi. In fact, it was that very book that had made me want to visit Vietnam in the first place. In one scene, the character of Maggie, terrified by the traffic, is led across the street by Hanoi resident Tu’. “It’s almost like floating, like walking on water,” she writes. “‘Look straight ahead,’ [Tu’] says, ‘and whatever you do, don’t hesitate. You need to find the quiet inside.’” It felt a bit like that. Quiet in my body while the world whipped around me. 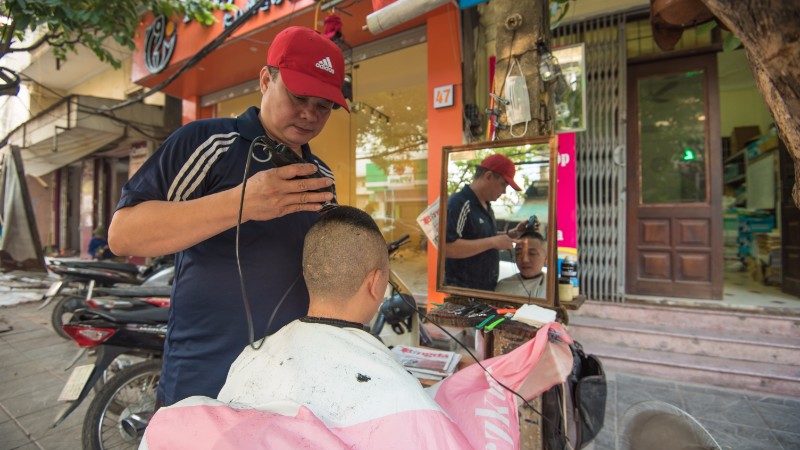 All afternoon, we walked, maneuvering around sidewalk stalls and taking coffee breaks at rooftop cafes hidden up narrow staircases. Eventually we reached Hoàn Kiếm Lake, home to Ngoc Son Temple and several endangered soft-shell turtles. (Book nerd alert: this is also where Maggie and Tu’ were crossing the street.)

We passed over the Huc Bridge to the temple on Jade Island, and in 20 steps we were a world away from the chaos of the city. Across the water, Hanoi’s traffic carried on, the sound of horns still audible but no longer ringing in my ears as we sat under the weeping willows and fig trees and incense smoke spiralled above our heads.

READ MORE: A DAY IN HANOI, VIETNAM: YOUR GO-TO GUIDE

We wandered the park trail that lead around the lake, stopping at one point to watch two men playing something I couldn’t understand. It seemed like a cross between golf, horseshoes and badminton, and I stood watching until they coaxed me to try my hand at a round. I was terrible, which they quite enjoyed, and with our language barriers, we couldn’t exchange words – just smiles and giggles shared between strangers while the city buzzed on behind us. 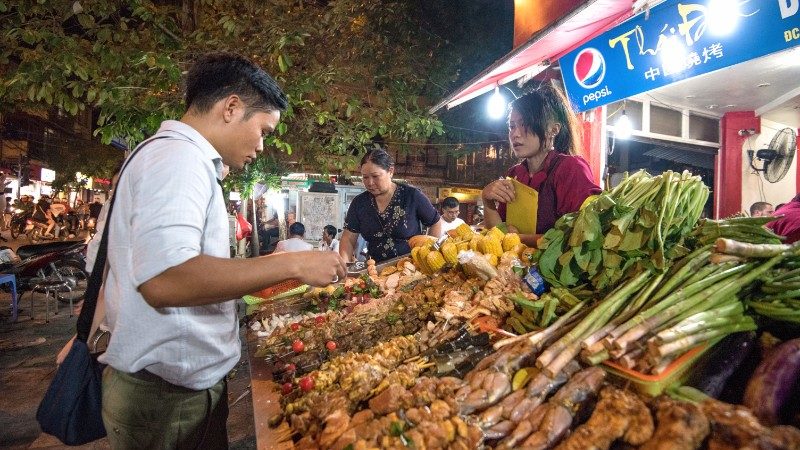 The more I relaxed, the more I found there were other moments of calm, too, like the kids who would squeal and yell an English hello! to me – and then giggle twice as hard when I responded with a xin chào! Sometimes it’s the smallest moments that make all the difference. Like how sitting at a streetside phở shop, sipping a soup – the most delicious soup you’ve ever tasted – can make you feel like time is standing still, even while traffic zips past.

In hindsight it sounds like a dull day, but that’s what made it perfect. When chaos is around you, you have to seek out the calm. Hanoi, I’ll remember your mayhem and your traffic, and not necessarily fondly. But I’ll also always remember that you taught me to find the quiet inside.

Experience the chaos and quiet of Hanoi on an Intrepid small group adventure now. 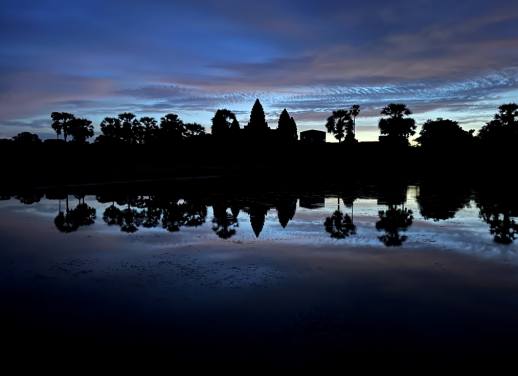 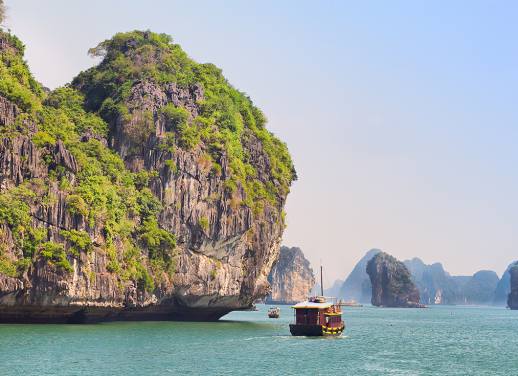