Meet Eman, the Intrepid leader who wants you to visit Egypt now 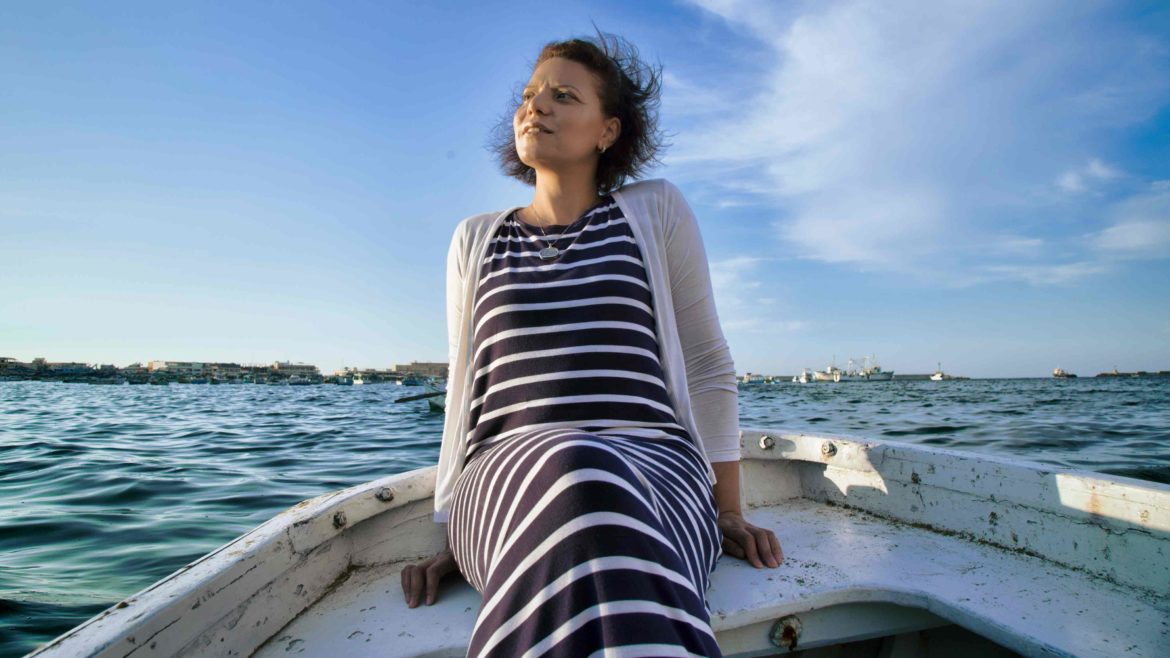 “When I talk about tourism in Egypt I divide it into two periods – before and after 2011,” Eman Mohamed tells me. The Intrepid leader describes these two periods as like two different lifetimes.

For many Egyptians, especially ones in the travel industry, the uprising of 2011 changed everything. “People were optimistic things would improve, but they started to get worse,” she recounts on Skype. “Everyone was waiting for real change, for Egypt to change into a better country. But the revolution effected tourism very badly.”

Eman, in her mid thirties at the time, suddenly found herself unemployed. The Intrepid office shut for three months amid the troubles, and it was far from the only one to do so.

“Later, the office shut again for six months. And even when we started running tours again, the numbers were not the same. Instead of 12 people on them, there would be only three or four.”

Indeed, the combination of political unrest and other security concerns at the time meant tourism throughout the country practically shut down. Hotels were vacant, iconic sites empty. For many locals employed in this sector, their livelihoods were completely eradicated as the number of tourists visiting plummeted from nearly 15 million in 2010 to around 5 million even five years on. 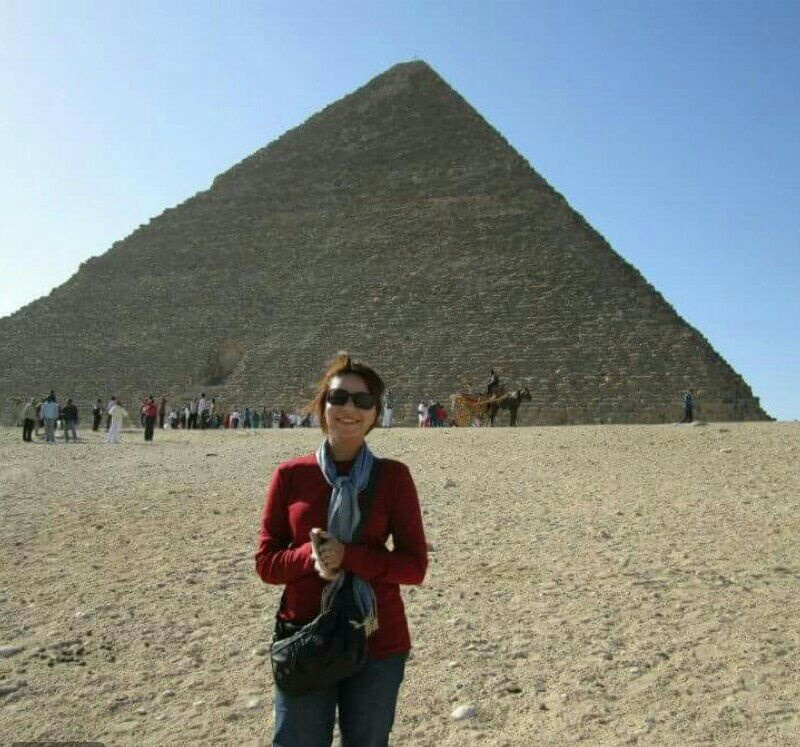 Eman, in front of the pyramids

“When I started out in 2007, I was planning to work as a tour leader for 10 years then start my own business. I wanted to own a coffee shop,” Eman remembers. “Unfortunately, the revolution of 2011 meant there was no tourism for a few years, so there was no income.”

A tough situation for a country where, pre-revolution, tourism made up 10% of the GDP.

For Eman, not only did the turmoil disrupt her future plans, it stopped her carrying out a job she loved, a job she’d worked so hard for. “My favourite thing about working as a guide is getting to know new people every day,” she says proudly. “I’m really lucky, I now have hundreds of friends all over the world. And I fall in love with places in my country that most Egyptians don’t know anything about.”

WANT TO FALL IN LOVE WITH EGYPT FOR YOURSELF? CHECK OUT INTREPID’S RANGE OF TOURS

But she wasn’t always so comfortable in her job and so sure of herself. Back in 2007, when she hesitantly applied to lead group tours for Intrepid she felt “scared”. At the time there were no female Egyptian leaders that worked for Intrepid. In fact, there were few nationwide.

Her family members thought she was “crazy” for pursuing this role, that she couldn’t spend two consecutive weeks away from home. But her strong and determined personality – combined with her family’s relatively liberal outlook – helped her make the career dream a reality. Just one of Egypt’s many iconic sites Eman shows travellers

The leader training in Luxor was the first time she’d spent a week away from her family. But she had “loads of fun” and found the office and people “fantastic”. Leaving her hometown of Alexandria to travel the country on tour was difficult, too. Growing up in the north, with a “supportive family”, she wasn’t used to the conservatism of the south.  “It was even less normal back then to see an Egyptian female leading 12 people for two nights on a felucca,” she says. “Even now when I’m walking the streets with a group, restaurant owners can act funny and I have to talk to them really firmly.”

READ MORE: WHY YOU SHOULD IGNORE THE HEADLINES AND VISIT EGYPT NOW

But her passion for her job is evident – even despite obstacles and especially when it comes to challenging people’s preconceived notions of Egypt. “99.9% of travellers on my groups are so happy to have me as a female leader,” she says. “Some are shocked but then they see me working and they are happy.”

“It really is my reward,” Eman tells me. “When I hear that people thought something about Egypt but after talking to me they see it in a different way – it means I succeed.” 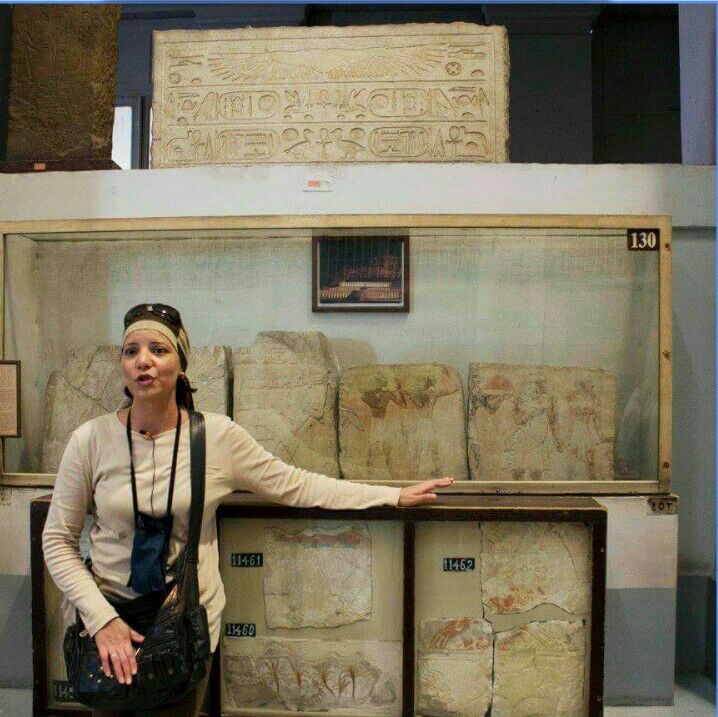 Happiness for Eman doesn’t just come in the form of defying stereotypes. It comes from showing off her spectacular country: wandering the Siwah Oasis, diving in the Red Sea, getting to know the Nubian people in Aswan. And, sure, there’s things like the Pyramids that’ll always stand out to both locals and visitors, but, for Eman, it’s the little things she remembers when she looks back on her years as a guide.

I ask her for a standout memory and she tells me about when Egypt were playing in the African Cup in 2008. She was watching the game with her group in Luxor, and the entire group was cheering for Egypt even though they weren’t Egyptian. “The celebrations with the locals were amazing,” she describes. “No one knew anyone, but we were all dancing together.”

A lovely anecdote. But considering the state of tourism today – rebounding, but by no means back to pre-2011 levels – it feels like one that’s from a different era.

But you can change that. You can visit Egypt. 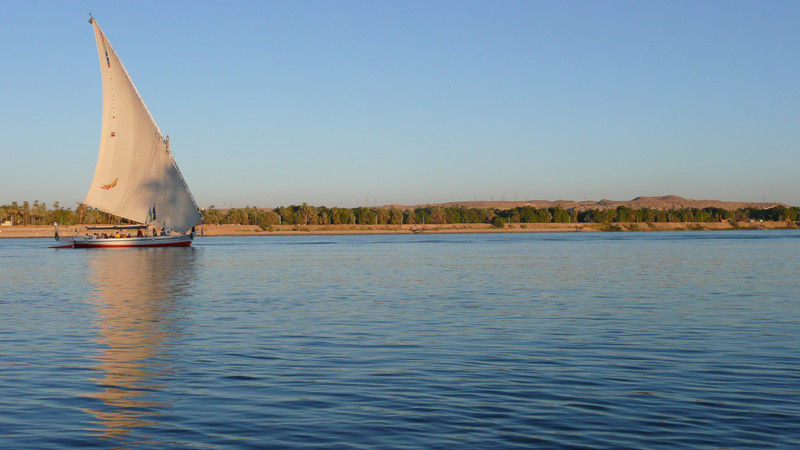 Who wouldn’t want to visit the beautiful Nile?

And why wouldn’t you want to? It has the bucket list sites and the hidden gems, the unique experiences and the warm hospitality. And it’s ready and waiting to welcome you. As Eman says, “the main thing is to make people feel safe – Intrepid takes all the precautions and has very, very strict safety guidelines.”

So, safety isn’t an issue. What is? Well, the possibility you’ll fall in love with Egypt and not want to return.

After all, Eman travels around the country for a living and is far from bored. “This is the life I want to live,” she says. “This is the career I love.”

Ready to experience Egypt through the eyes of a local like Eman? Check out Intrepid’s range of small group tours there. 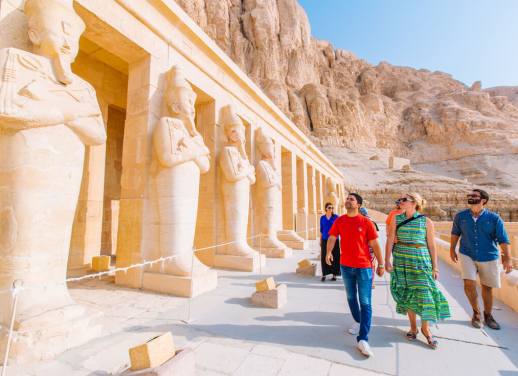 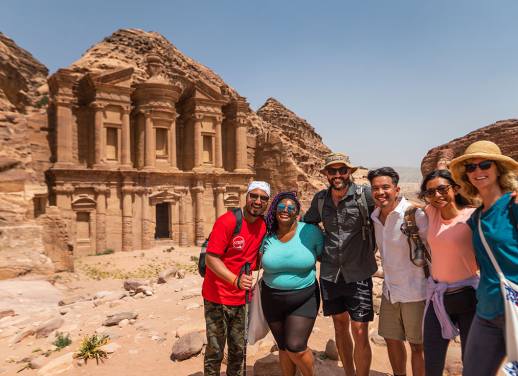 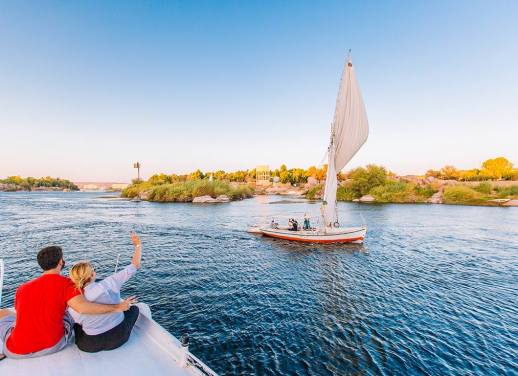