Home » What to eat and drink in Belarus
FoodGuides 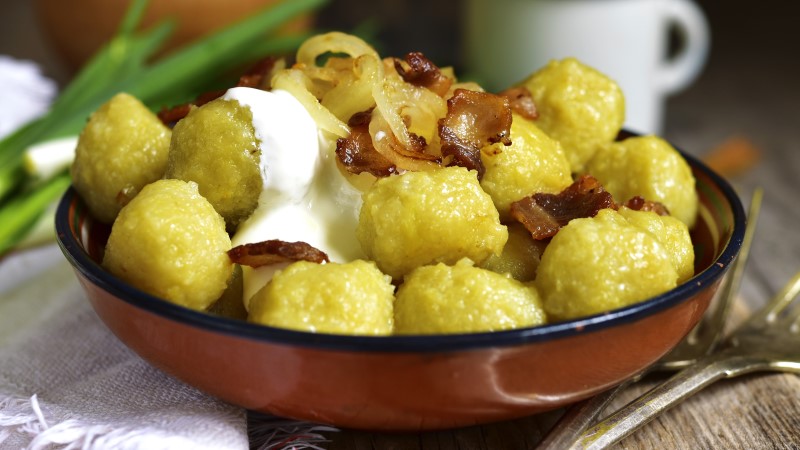 If you love food, like I do, Belarus won’t disappoint. Influenced largely by its Slavic roots, the cuisine here centres heavily on simple meat and vegetable dishes. Given the country’s location and history don’t be surprised to find flavours of Lithuania, Russia and Poland here too.

Belarus is almost entirely flat, making it perfect for farming (43% of the country is farmland). What’s brilliant about this is that ingredients are mostly homegrown. Everything from pulses and berries to grains and spices is produced here, to create both peasant and nobility-inspired meals.

A quick word of warning (although I took full advantage of this), the Belarusians will feed you to bursting point. So, if you really can’t cram in an eighth potato pancake, leave a little morsel on your plate to let your host know you’re satisfied – something they’ll take great pleasure in.

Alright, brief geography lesson and pearls of wisdom out of the way. Let’s crack on with a list of must-try dishes and drinks to sample whilst exploring Minsk and beyond.

SUBSCRIBE TO OUR NEWSLETTER FOR THE LATEST OFFERS, TRAVEL TIPS & GIVEAWAYS 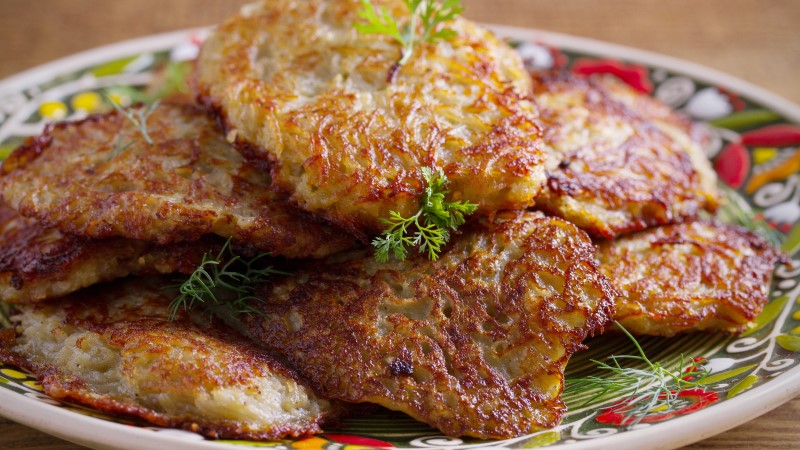 Potatoes are a common feature of most Belarusian meals, with over 300 national recipes on offer. Rumour even has it that the average local eats more than 180kg of potatoes a year!

Draniki is all about the humble potato. These crowd-pleasing pancakes are made by mixing together grated onions and potatoes, before frying in oil. Back in the 19th century, when they first rose in popularity, they were served for breakfast. Now they’re dished up throughout the day, alongside cold cuts, mild cheeses, pickled vegetables and a generous dollop of sour cream.

DISCOVER THE HIGHLIGHTS OF BELARUS ON THIS 9-DAY ESCAPE 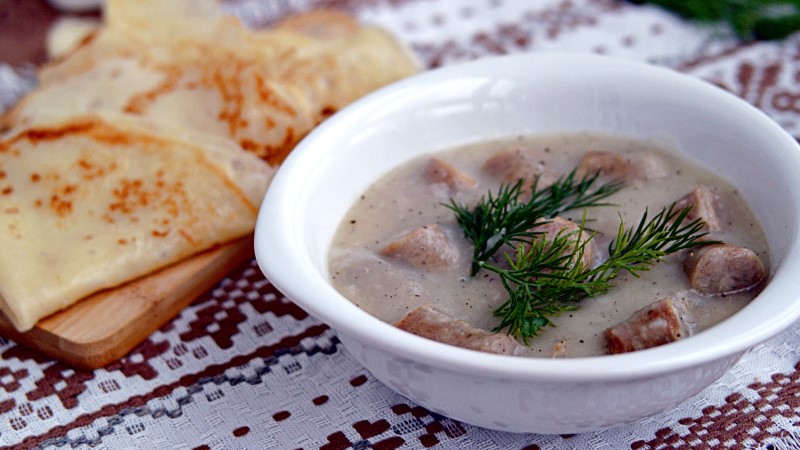 Traditional to Ukraine as well as Belarus, machanka is a pork-based stew made from different cuts of meat such as sausage, bacon and ham. Cooked up with onions, mushrooms, dill and spices, before being coated in a sour cream sauce. This popular plate will sometimes be served up with baked vegetables but more often than not with heavy floury pancakes for dipping!

Vereshchaka was one of the first Belarusian variations of machanka, which was invented by the royal chef of the same name. It takes a hit on the porkiness, only using sausage and ham but it does also involve a generous dousing of beer. 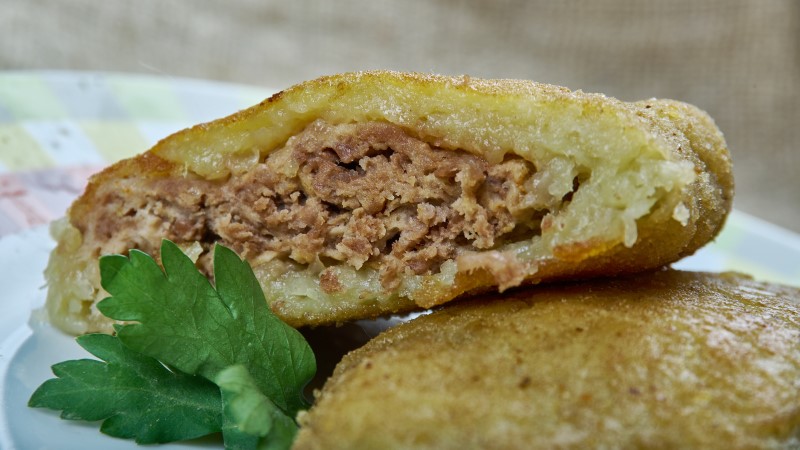 Before the 19th century, kalduny were dumplings made from unleavened dough and crammed with all sorts of mouth-watering fillings like smoked meats or fried mushrooms. They would be boiled much like Russian pelmeni and Polish pierogi, before topping them with a spoon of sour cream. After their costume change, they became mincemeat patties coated in grated potato. Still yummy, but a totally different offering altogether.

Sticking with the potatoey theme other treats you should try include sashni, a cottage cheese stuffed version of the reborn kalduny. Tukmachi, a gratin-like potato cake served with salted curd or milk. And babka, meaning grandma, which is basically draniki but on a larger scale. Baked in a deep dish, it’s soft on the inside and beautifully crisp on the outside. 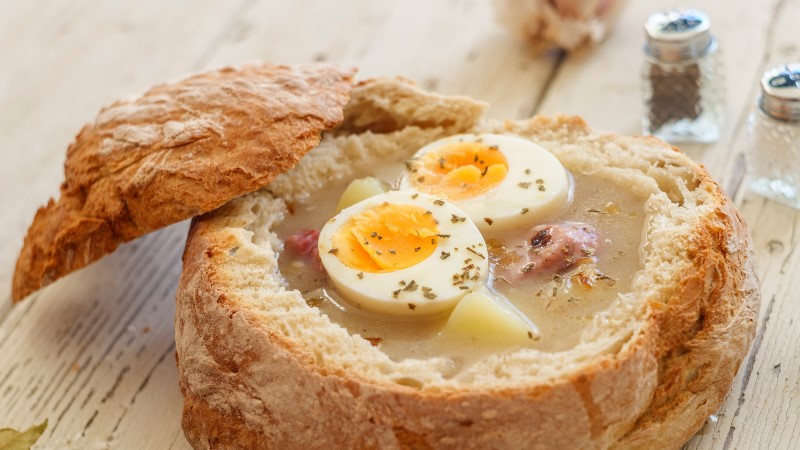 A Polish favourite, this sour rye flour soup has been adopted by the Belarusians too. Sometimes served in a hollowed-out loaf of rye bread and full of sliced smoked sausage and halved boiled eggs. Zhur is a dish traditionally cooked before the start of Lent. 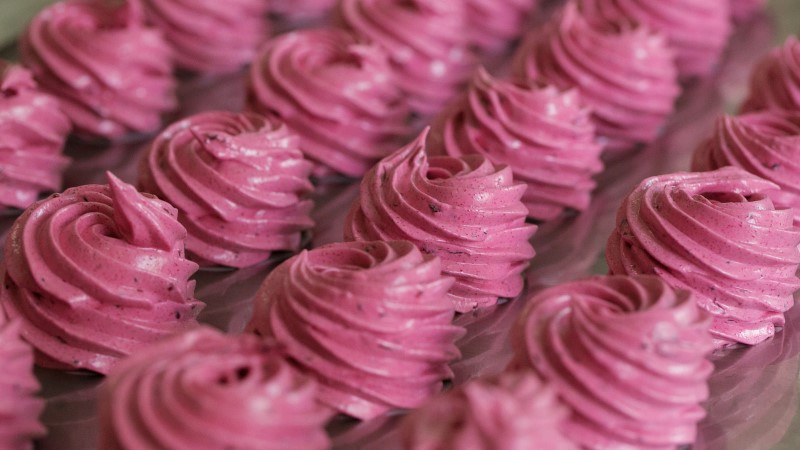 It’s not just savoury tastes that are catered for in Belarus, there’s plenty to appease your sweet tooth too. One of the most famous is Zefir, a cross between a marshmallow and meringue – don’t miss the chocolate-coated and black currant-flavoured versions. Cranberries in sugar powder are another favourite and make a brilliant souvenir, allowing to you take a taste of Belarus home with you. Whilst you’re strolling around Minsk, keep an eye out for the red bow branding of Kommunarka too. You’ll find several shops selling their devilishly sweet chocolate bars, hard sweets, pralines and more.

READ MORE: 7 THINGS YOU DIDN’T KNOW YOU HAD TO SEE IN BELARUS 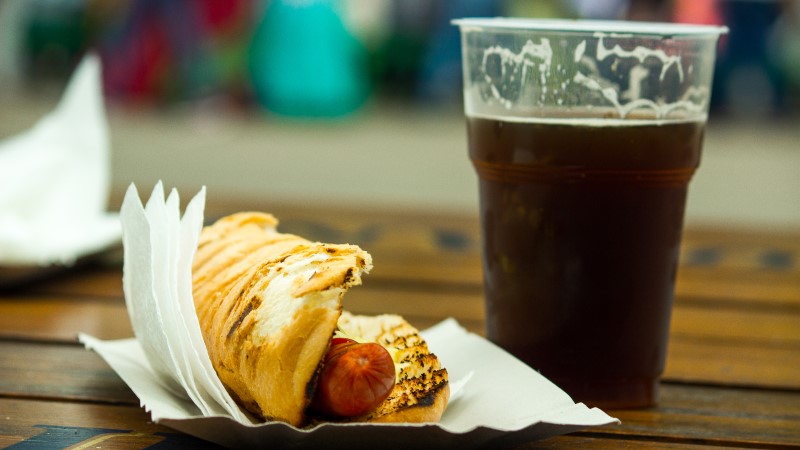 Feeling parched? Kvass is a great little thirst-quencher. The brown drink is made by fermenting black rye bread, water and yeast before being flavoured with raisins, fruit or honey. Described by some as an acquired taste, I’d definitely recommend trying this Slavic refreshment it at least once.

First served by the Grand Duchy of Lithuania way back in the 15th century, vodka has long been the most popular of Belarusian spirits. The best-loved varieties are cranberry vodka, vodka made from bread and a blend with pepper and honey. Another of the most well-known is zubrovka, which is made from the bison grass that grows in Belovezhskaya Pushcha National Park.

Fancy taking a bite out of Belarus? Check out Intrepid Travel’s 9-day itinerary that stops off at all the highlights.

One of our Fathers was born and raised in Belarus and he is always bring back goodies when he comes back but I hear the food is great and the churchs and monasterys are beautiful and can order items online.

Wow, a few others have already beat me to being among the first to do a posting to one of your post. That is some pretty cool earthenware being used at that restaurant in Belarus.

such an interesting Yummy Blog. These images shown in this blog is looks delicious.

How delicious! I am from Poland and have never been to Belarus. I find this post tempting to go to this country as I really like to travel off the beaten path and try local cuisine.