Home » Canada or Alaska? Which natural wonderland should you travel to?
FeaturesGuidesNews

Canada or Alaska? Which natural wonderland should you travel to? 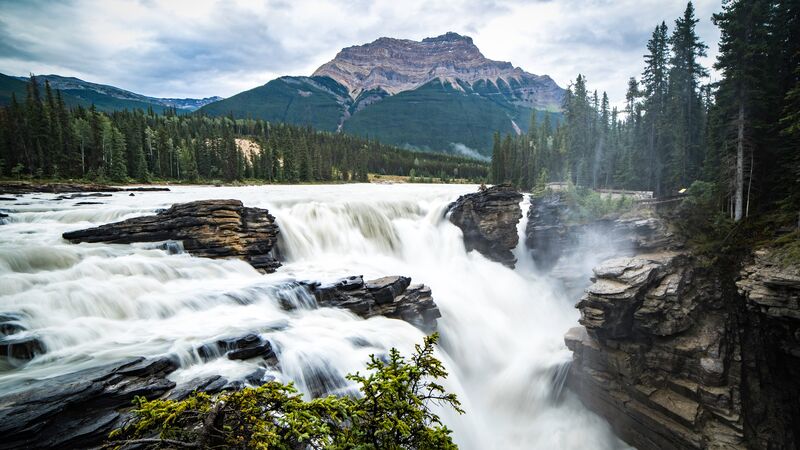 Don’t leave your next holiday to chance. Read this blog instead.

Whether you’re looking for a wintry escape or you just want to marvel in awe at some of Mother Nature’s best work when the sun’s out, you can’t go wrong with Canada or Alaska (in the United States). But what happens when you have to choose between the two?

Canada might have the Canadian Rockies and cool cities like Toronto and Vancouver, but Alaska has untouched wilderness and fascinating animals. To help you make this almost impossible decision a little easier, we’ve put together a guide comparing the landscapes, cities, animals, and national parks of both destinations so you don’t have to spend hours crawling the internet.

The aim is that when you come to the end, you’ll know exactly which place you want to pick – at least, fingers crossed.

Due to Canada’s large size (huge doesn’t even begin to describe it), the landscapes vary quite a bit depending on where in Canada you’re spending time in, but you can expect to see lots of mountains, lush forests, and woodland areas pretty much everywhere you go.

We’ve already touched on the breathtaking natural wonder that is the Canadian Rockies region, but Canada has so much more beauty to offer with Niagara Falls, Moraine Lake (in Alberta), and Baffin Island on the list of places you need to experience to during your visit.

JOIN OUR BEST OF THE CANADIAN MARITIMES SMALL GROUP ADVENTURE

Rugged and often snow-capped mountain ranges are what characterize the landscapes of Alaska with the Brooks Range, the Aleutian Range, and the Alaska Range (which includes everyone’s favourite peak, Denali) all promising spectacular alpine views.

If you’ve seen enough mountains to last you a lifetime (unlikely but it could happen), there are plenty of other awe-inspiring things to look at and places to visit including the Arctic Coastal Plain, Bristol Bay, Glacier Bay, Harding Ice Field, and Kenai Peninsula – think protected wildlands, state parks, fascinating fjords, and the possibility of catching the Northern Lights.

EMBARK ON OUR HIKING IN KENAI FJORDS NATIONAL PARK TOUR

Whether you want to walk down crowded streets in cosmopolitan cities or slowly wander around smaller towns that are big on charm, Canada has the best of both. Turn your holiday up a notch in Toronto with its multicultural feel, stylish neighbourhoods, and iconic landmarks (CN Tower, we’re looking at you).

If laidback is more your vibe, then Banff is one for the itinerary thanks to its hot springs, winter activities, and stunning scenery. So too is Lunenberg in Nova Scotia with its unique architecture, cosy restaurants, and UNESCO World Heritage listing. Special mention also goes to Victoria in British Columbia, Calgary in Alberta, Montreal in Quebec, and Ottawa in Ontario.

RELATED: WHY WINTER IS THE PERFECT TIME TO VISIT CANADA

Understated but no less vibrant and lively, the cities of Alaska will undoubtedly give Canada’s concrete jungles a run for their money. While they might not be as internationally known, the likes of Juneau (Alaska’s capital city) and Anchorage (the state’s largest city) still have plenty of exciting things to offer including captivating museums and cultural centres, trendy restaurants full of fresh produce, and plenty of watering holes when you’re in need of a little hydration.

Even its small towns pack a big, charming punch with the likes of Kodiak, Petersburg, and Sitka all stealing traveller’s hearts and refusing to give them back. So, you can be assured that when you need a break from all the lush greenery and mountain scenery (who doesn’t love a good rhyme?!), Alaska’s animated metropolises will keep you fully – and happily – occupied.

RELATED: EVERYTHING YOU NEED TO KNOW ABOUT TRAVEL IN ALASKA

It’s probably safe to assume that if you’re considering a holiday to either Canada or Alaska, national parks will play a huge role in your final itinerary. In fact, there are 46 national parks in Canada alone – all with their own spectacular scenery – and while it might be hard to get to each and every one of them during your travels, you can definitely tackle the major ones.

Topping the list of ‘national parks you simply have to see’ is Banff. Featuring sites like Lake Louise (a picture-perfect turquoise lake that’s graced magazine covers and postcards the world over), the Basin National Historic Site, and the Banff Upper Hot Springs, you might never want to leave.

JOURNEY THROUGH CANADA’S NATIONAL PARKS ON OUR CANADIAN ROCKIES TOUR

When it comes to Alaskan national parks, it’s more quality over quantity but if this northwest state knows how to do anything right, it’s big expanses of wilderness filled with awe-inspiring natural wonders. From the Bering Land Bridge National Preserve with its remoteness and rich history to Denali National Park with its impressive peak and legendary wildlife, it’s easy to spend your entire trip in the great outdoors.

HIKE IN DENALI NATIONAL PARK ON A SMALL GROUP TOUR

Narwhals, wolves, and polar bears – oh my! These animals are just a small selection of the incredibly diverse wildlife that can be spotted around Canada from the Northwest Passage in Nunavut to Churchill in Manitoba. This country’s many national parks are also great for black and grizzly bear spotting, especially when they come out of hibernation during the warmer months.

Some other notable animals you’ll likely see out and about during your travels are elk, moose, mountain goats, caribou, beluga whales, bison, and walruses. In fact, you’ll probably see so many different species that it’d be worth starting your own Canadian animal bingo card.

With massive plains of untamed wilderness, it makes sense that Alaska is crawling with interesting animals you don’t even have to search for – seriously, they’re everywhere. From the symbolic bald eagle soaring the skies above Denali National Park to the powerful grizzly bear lumbering through the brush of Fjords National Park, spotting Alaska’s wildlife is easier than you think.

The same goes for the animals who live below the sea’s surface with humpback whales, orcas, and sea otters all gracing the waters around Seward, Resurrection Bay, and Prince William Sound (among other destinations). If you want to get as close to these magical sea creatures as you can opt for one of several whale-watching tours in each region (your camera roll will thank you for it).

It can be hard to separate both Canada and Alaska sometimes…so we’re not even going to try. With their enchanting landscapes (to be enjoyed in summer and winter), bustling cities and quaint towns, outstanding national parks, and native animals, it’s too hard to call a winner. So, this destination comparison is a draw. 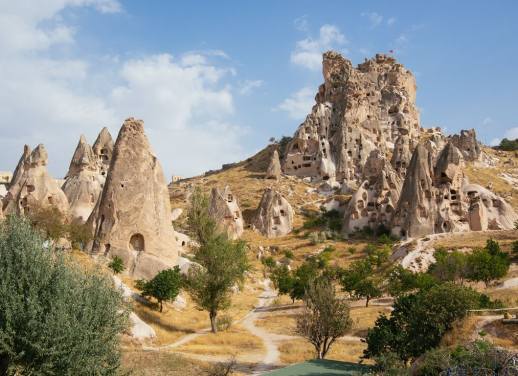 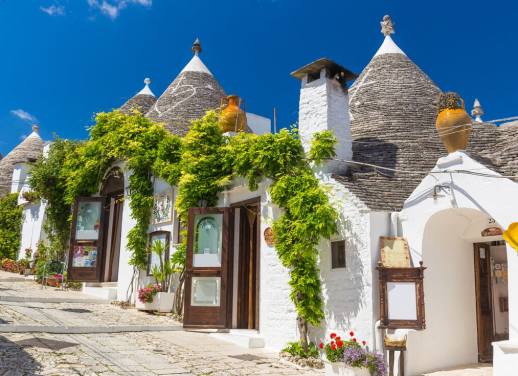 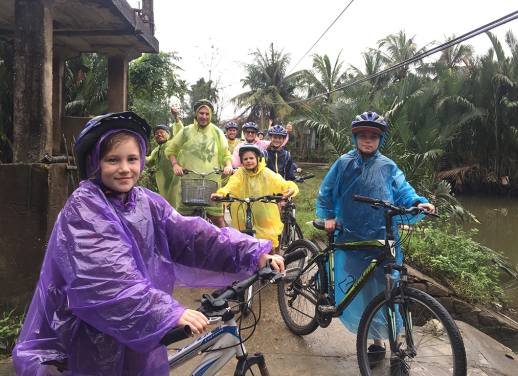