Home » Back from the brink: The American lawyer who conquered Mt Batur
Stories

Back from the brink: The American lawyer who conquered Mt Batur 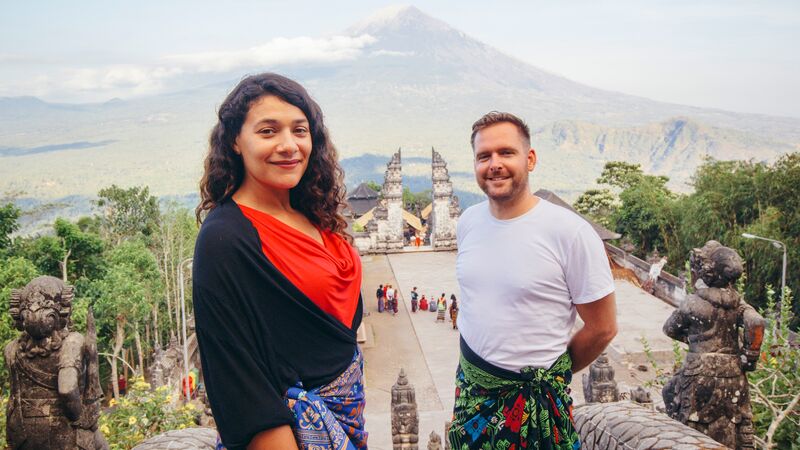 Who knew 2am even existed? Our small group of eight is driving through the early morning towards Mt Batur as part of our Active Adventure with Intrepid Travel. The volcanic landscape around us is completely dark, but even in the absence of any streetlights we can still see the mountain greeting us – a black giant sleeping against a backdrop of stars.

Gathering together in the cold, we knock back cans of Red Bull while Andy, our leader, double checks our gear for the trek. There’s a string of head torches leading into the distance; faraway hikers wend their way up the mountain and disappear in the dark. We’re buzzing thanks to the early caffeine injection and the anticipation of what’s in store.

There are nerves, too, of course. About how difficult the climb will be. Whether we’ll make it to the top in time for sunrise. But for Rosa, a criminal defence attorney from Boston, conquering the summit of Mt Batur means something much more. You’d never pick it by looking at her, but wind back the clock 18 months and you would have found Rosa in the back of an ambulance with two broken legs. 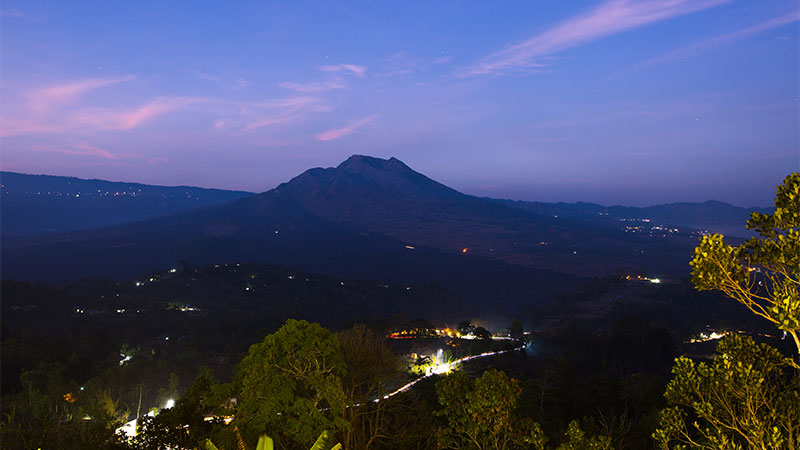 ‘I felt like I was on top of the world,’ she tells me. ‘I’d just had some great victories in court that week and a work trip to New Orleans had been approved. I’d stayed back late at work and when I crossed the road to catch a train home, a four-door sedan cleared the cross walk and hit me.’

What came next was a long recovery. Multiple rounds of surgery at Massachusetts General Hospital over three weeks, followed by three months of physical therapy learning how to walk again.

‘The accident took me out of commission. I was really dependent on everyone around me, which was a great support, but, being an independent person, I found it a major challenge.’

RELATED: THE TOP 5 THINGS TO DO IN BALI ACCORDING TO A LOCAL GUIDE

Rosa’s husband, Brent, says the greatest anguish was simply not knowing what would come next for his wife. He tells me he’ll never forget the nurse’s voice down the phone telling him Rosa was seriously injured in a car accident. Between coordinating hospital visits and specialist appointments, he was the man behind the scenes, making sure Rosa had everything she wanted and was surrounded by friends.

‘It was a very emotional few weeks,’ Brent recalls. ‘But it also involved some of the most beautiful experiences we’ve shared; it really brought us together.’

Rosa and Brent’s biggest fear was that she might not be able to walk again – or not well enough to do all the activities they loved to do together. Their relationship was built on exploring the outdoors, either at home in Boston or further afield in places like Tulum and Montreal. Simple tasks, once taken for granted, now seemed near impossible. 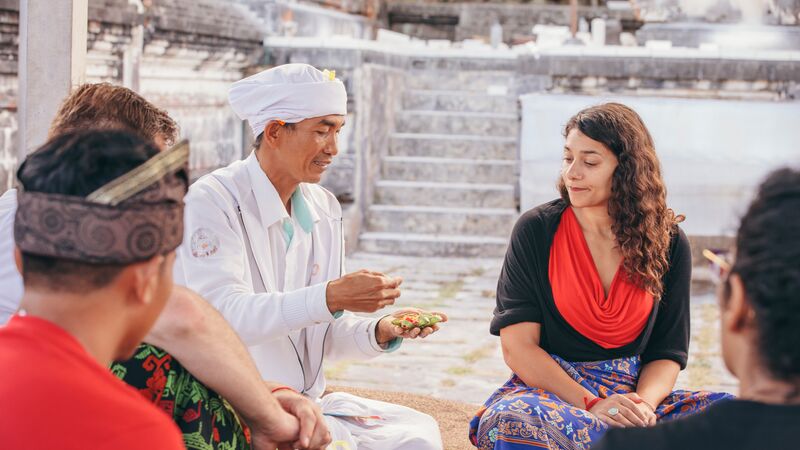 Rosa meets a holy man at Lempuyang Temple in Bali.

‘Once we were visiting a friend’s house and as we turned the corner there was a slight incline. I almost fell over taking even one step up that hill – it felt like climbing a mountain. At one point, Brent just stopped and looked at me. He said “just take it one step at a time”, and he was right behind me the whole way, to make sure if I fell over he could catch me. It took some time until I could walk down the street on my own again.’

Rosa’s choice of words seem pointed given where we are now – getting ready to tackle a volcano in Bali. Even now she’s bubbly and making jokes about the climb with Brent and the rest of the group, but at the same time she’s honest with herself about her chances.

‘I’m going to take this in stride and I’m going to do the best I can. If I need to step aside then I know my limits, and that’s okay. But if I’m at the front of the pack, that’s even better.’

With just over two hours of hiking ahead of us before sunrise, we clip on our head torches, stretch our limbs, and then we’re off. A short walk brings us to an altar to make offerings for our safe passage and a beautiful sunrise. As we continue our climb, the trail turns from asphalt to gravel to dirt; it’s not long before we’re scrambling on our hands and knees to navigate rockier sections of the trail.

True to her word, Rosa is leading the pack in her enthusiasm to get to the top before daybreak. Brent and I trail behind her and the three of us reflect on our week in Bali. Rosa says if she’d visited Bali with just her husband, or a group of girlfriends, she doesn’t think she would ever have come to understand the island the way she has on this trip. She’d met local artists, farmers and holymen, all of them so warm and eager to share their lives.

Our shoes fill with ashen sand as the slopes continue to get steeper. We pause for water breaks and, looking down, we’re surprised to see how far we’ve come. The trail of illuminated hikers reaches back to the car park where we started. The sky starts to soften and clouds surrounding distant Mt Rinjani are turning into soft plumes of orange and pink. Andy asks if we want to stop early and watch the sunrise from the second-highest point, but we push on for the summit.

RELATED ARTICLE: THE MAGIC OF GETTING ENGAGED ON A BALI TOUR

Calves aching, we emerge onto the platform at the top of Mt Batur just as the sun peeks over the horizon. There’s a huge grin on all our faces and I catch Rosa blinking back tears while taking in the new day unfolding below. She and Brent are taking it all in together. 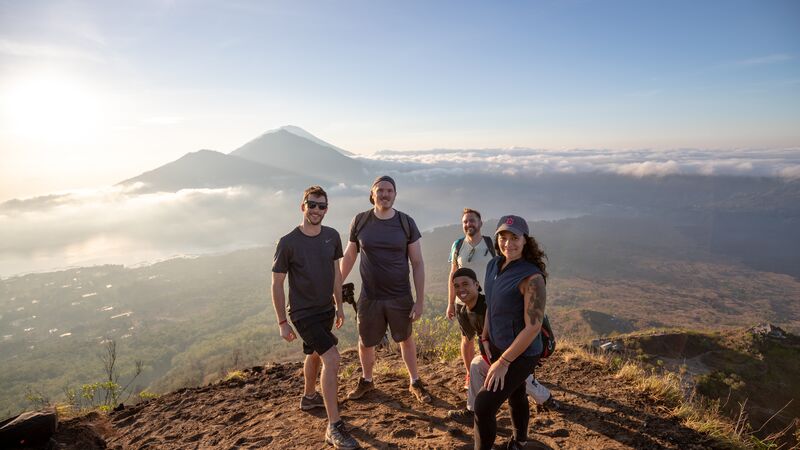 ‘It’s moments like this where I’m so grateful’, she says. ‘If it was an SUV or a truck that hit me, we might not have had today. There’s no way that 18 months ago I could have imagined being able to do this. It’s an emotional moment for us, not just the hike, but the whole trip.’

Finally sitting down to rest, I realise I’m grateful too. Thankful that I can breath in the fresh mountain air, watch a beautiful sunset like this one, and to share this Balinese adventure with my inspirational new friends. 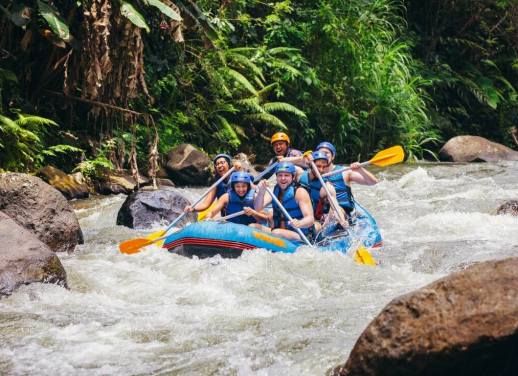 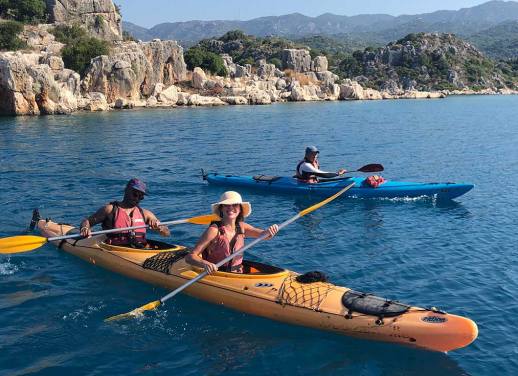 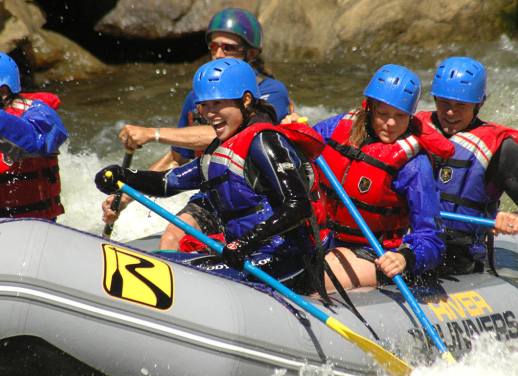 Such a great read and I too climbed Mt Batur recently as I came to nearly 3 years since my stroke that left me with locked in syndrome. It was an amazing feeling to climb the mountain and witness one of the most beautiful sunrises I have ever seen x