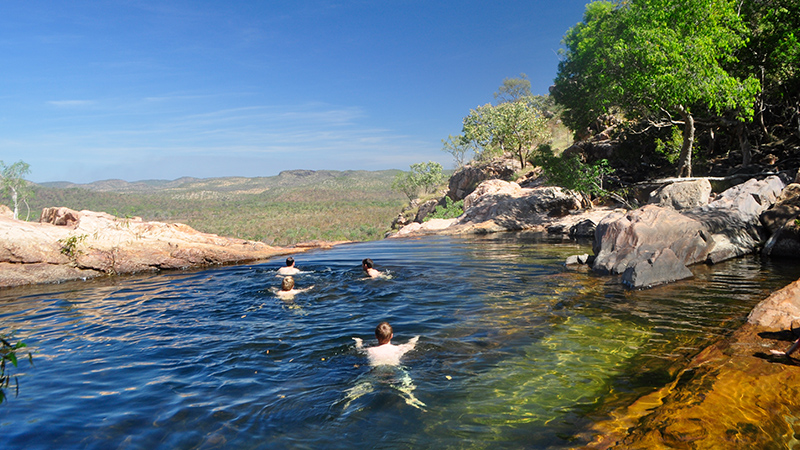 The Outback. It’s a word that evokes sprawling expanses and sparse plains of dry and dusty red earth.

But those who’ve seen the hidden oases in Top End of Australia, rich in vegetation and flush with flowing water, know that outback landscape is anything but uniform. Here in the upper regions of the Northern Territory, it’s all about the swimming holes (among many other things).

For those who haven’t had the pleasure, here’s our pick of the Top End’s best spots in which to cool off. All of them except Jim Jim Falls are open all year round.

As for crocodiles, their activity is monitored throughout the seasons by park authorities. The rule of thumb is: follow the signs. If it says not to swim, take it seriously. If there’s no sign, don’t swim. 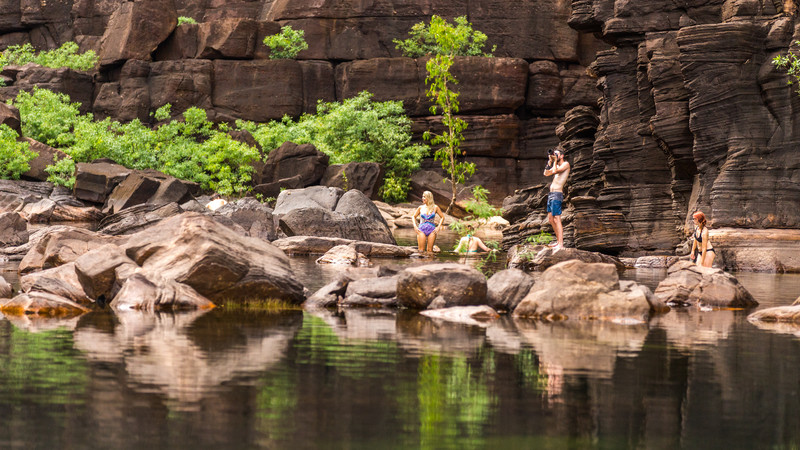 Kakadu National Park houses the most diverse set of ecosystems in the entire southern hemisphere, not to mention some incredible, ancient Aboriginal rock art. The waterfalls aren’t bad, either. Jim Jim Falls is something of a Kakadu icon, its vast pool backed by one of the most beautiful sandstone escarpments imaginable. Like many swimming spots in the Top End, it’s a bit of a hike to get there (a drive down an unsealed road followed by a two-kilometre walk over a riverbed), but it’s a thousand times worth the effort, white sandy shore and all. Note that Jim Jim is open only in the dry season, from around June to September.

RELATED: 7 THINGS TO DO IN AUSTRALIA’S KAKADU NATIONAL PARK 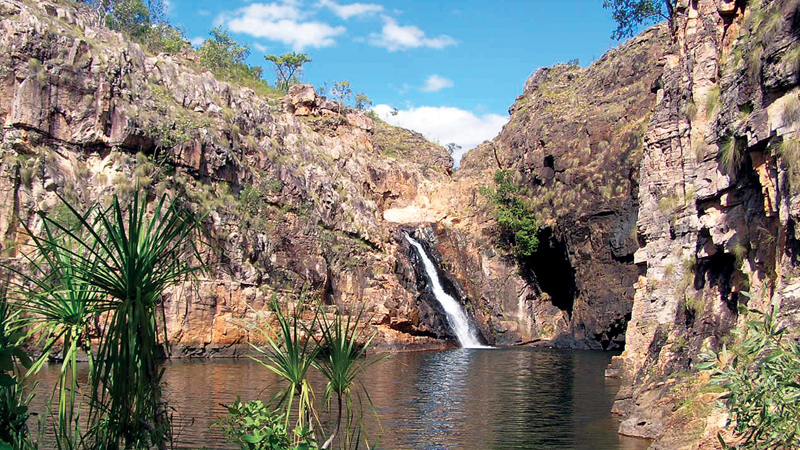 Flowing all year round, Maguk is a must-visit in Kakadu National Park. Its secluded, garden-of-Eden vibe draws you in straight away with towering sandstone walls, and its waters often swarm with freshwater fish. Even when the waterfall is raging (the stream should be strong even in the early stages of the dry season), you can swim over and get beneath it for a good old-fashioned power-shower. A Top End bucket list activity if there ever was one. 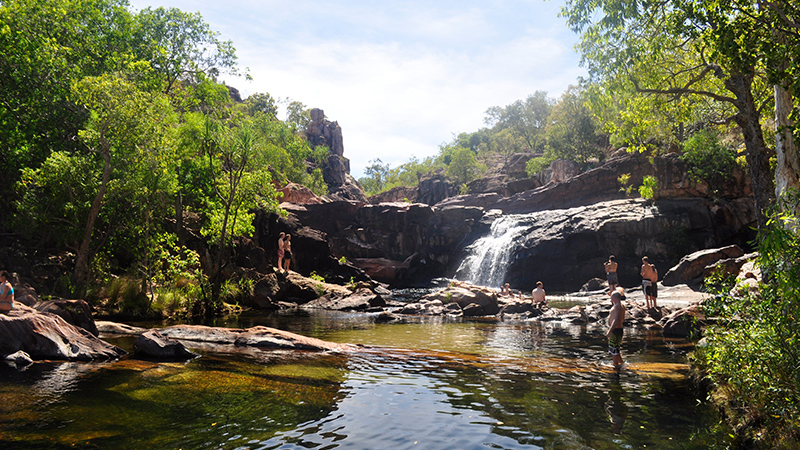 Come for the swimming, stay for the photo opportunities. Gunlom is slightly trickier to get to than some other Kakadu waterholes, but it’s a real beauty. (As our go-to Intrepid guide Rick says, it’s the rocks, not the crocs, that pose the bigger threat to your safety in the Top End). If you’re willing to make the short hustle to the top of the falls, you’re rewarded with superb panoramas. It’s especially spectacular looking over the back of the top pool to the endless tree-strewn landscape. Those up for a proper walk can hit the trail to Murrill Billabong – two and a half kilometres of nice flat terrain. 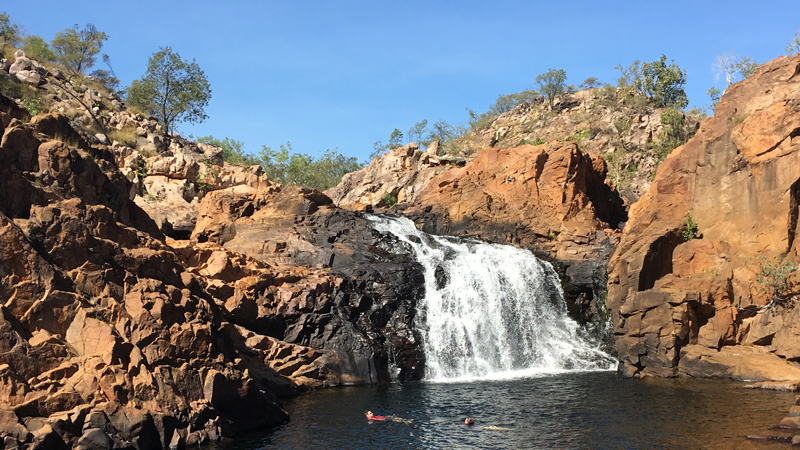 Located about 60 kilometres out of Katherine in Nitmiluk National Park, Edith Falls also rewards those up for a hike. The main pool at the base of the falls is beautiful, but it’s also well worth hiking to Sweetwater Pool via the nine-kilometre hiking trail (keep an eye out for a multicoloured Gouldian Finch along the way). Tip: see if you can spot paperbark around the place – it’s one of the more versatile bush materials traditionally used by Aboriginal and Torres Straight Island peoples. Also look out for that amusing outback signage at the kiosk.

Litchfield National Park may be a fraction of the size of Kakadu, but when it comes to swimming opportunities it packs a serious punch. Is Buley Rockhole the best all-round swimming hole in the Top End? Its perfect top pool says yes. Compact and easily accessible, this one feels a bit like hanging out in a mate’s backyard pool, but in a setting a thousand times more beautiful. Once you’ve pulled yourself out, walk down the path and try the other swimming/lounging spots found at intervals down the hill. Each have their charms. Some of them, including the top one, are pretty exposed though, so don’t forget your (biodegradable) sunscreen. 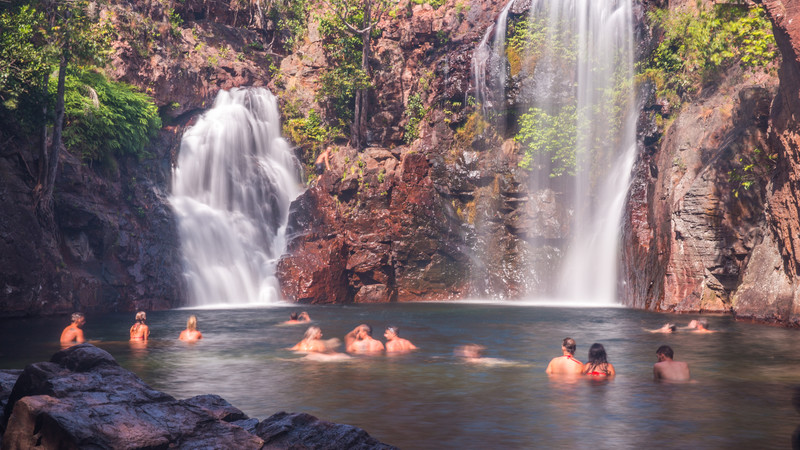 Not far from Buley Rockhole is Florence Falls, a hands-down favourite for many travellers visiting Litchfield National Park. It ticks all the boxes for Top End waterhole heaven: a massive plunge pool you could swim in for hours; mesmerising rock formations (a few of which are particularly good for perching on to take photos); plenty of shade; and scenic walking trails with superb views of the falls from above. Very special, indeed. Our only advice is to get there early to beat the crowds.

When enjoying the swimming holes of the Top End, it’s imperative to respect the land and its traditional owners. Please follow local signage on park rules and crocodile safety, and leave no objects behind at the sites you visit. 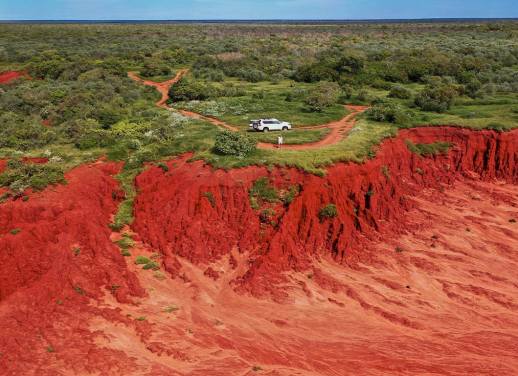 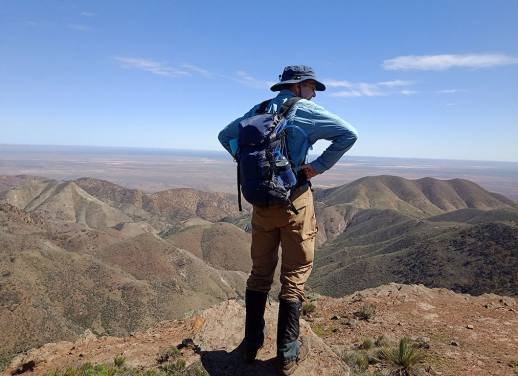