Discover the renowned highlights and hidden secrets of Jordan

It's small, it's safe and it's surprising – welcome to the Middle East's best snubber of convention. Kick off your Jordan adventure in Amman, head on to Wadi Rum and the awe-inspiring site of Petra, stop by the Dead Sea for a swim, and head back to Amman’s satellite city of Madaba. Your 7-day journey takes you to the best places and gives you enough time to dive straight into the history, culture and delicious food that this region is known for. 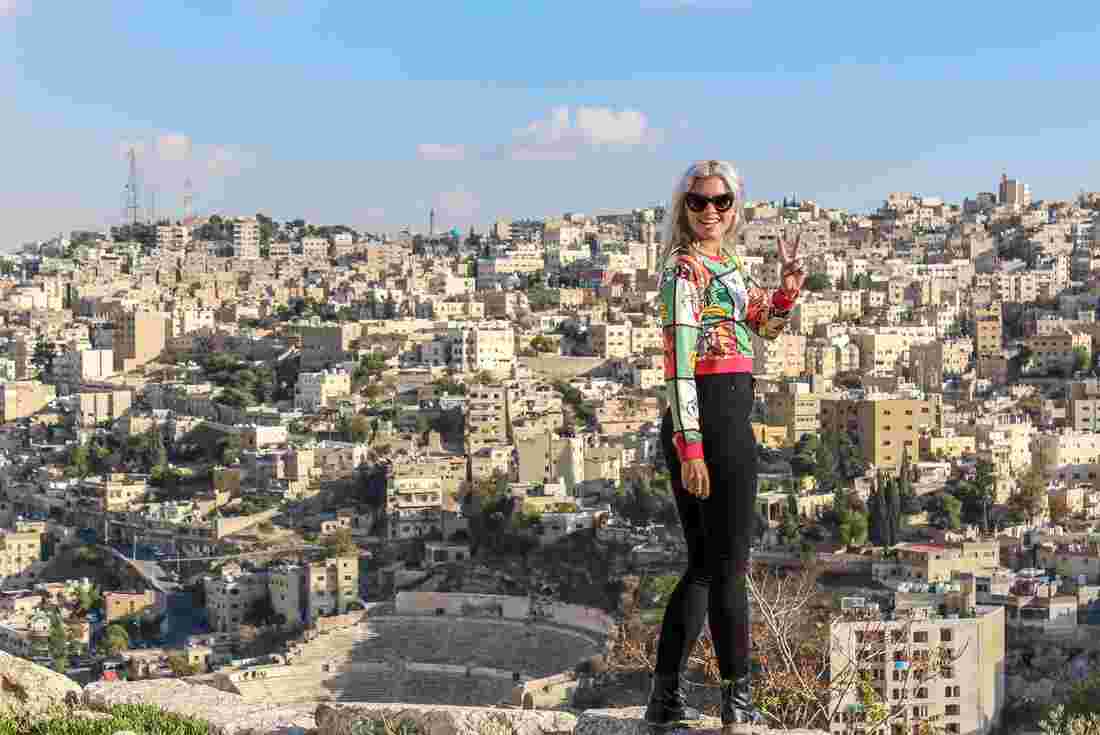 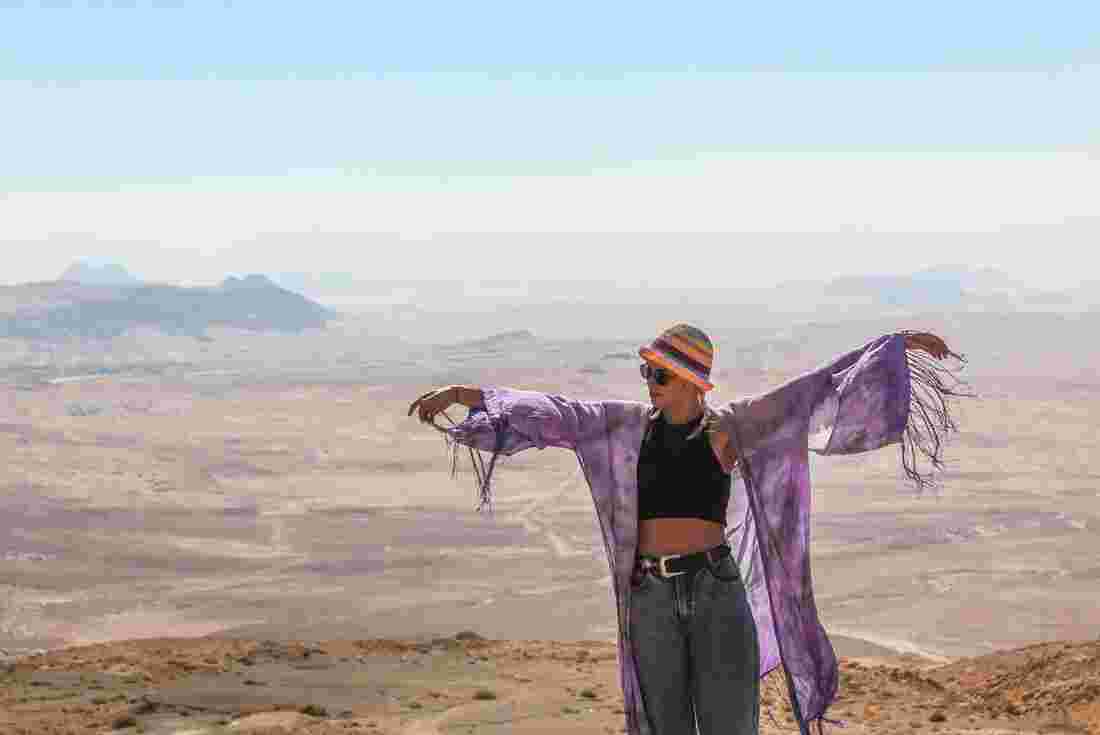 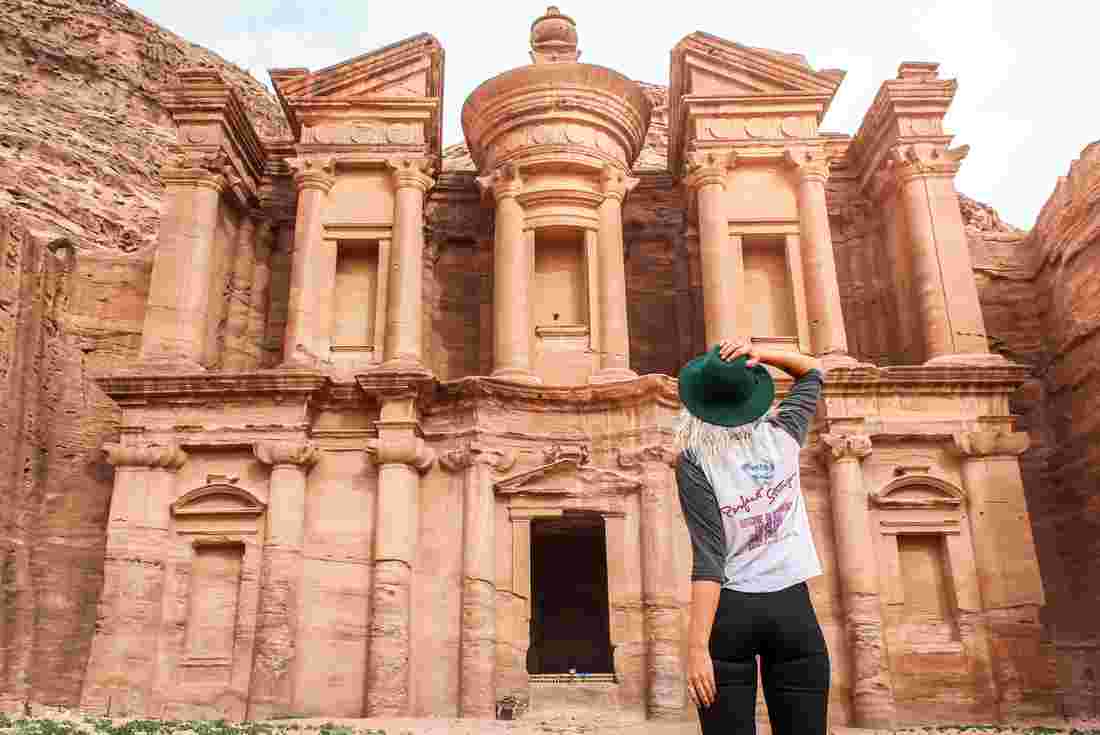 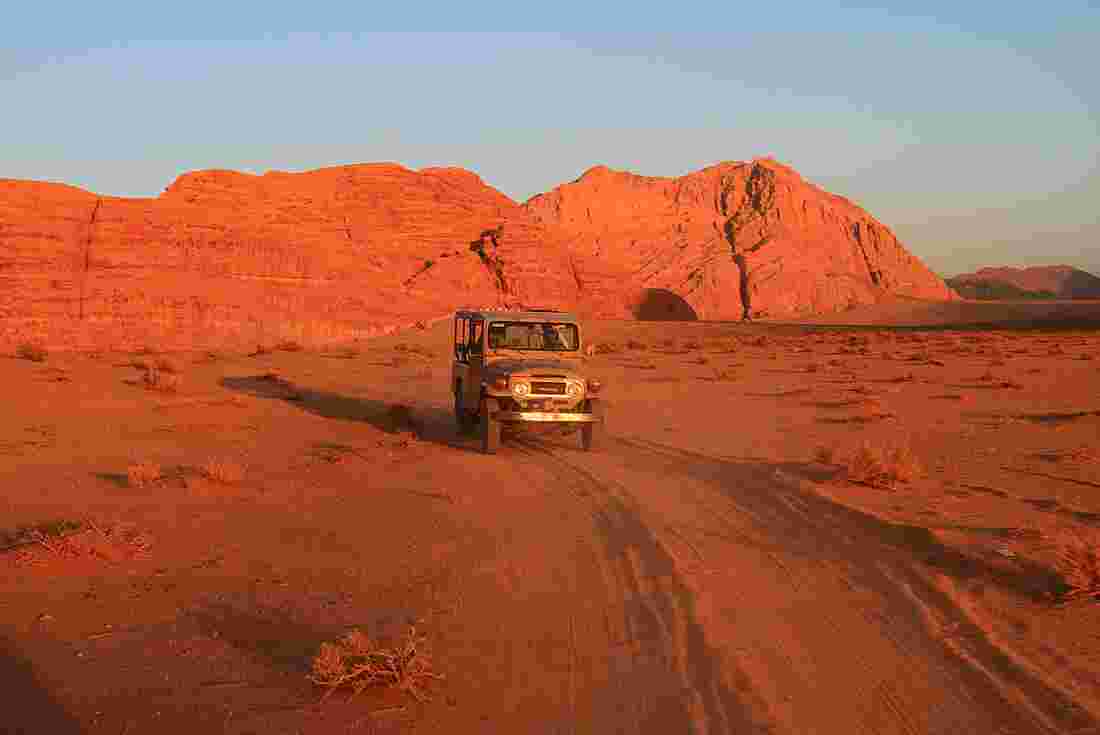 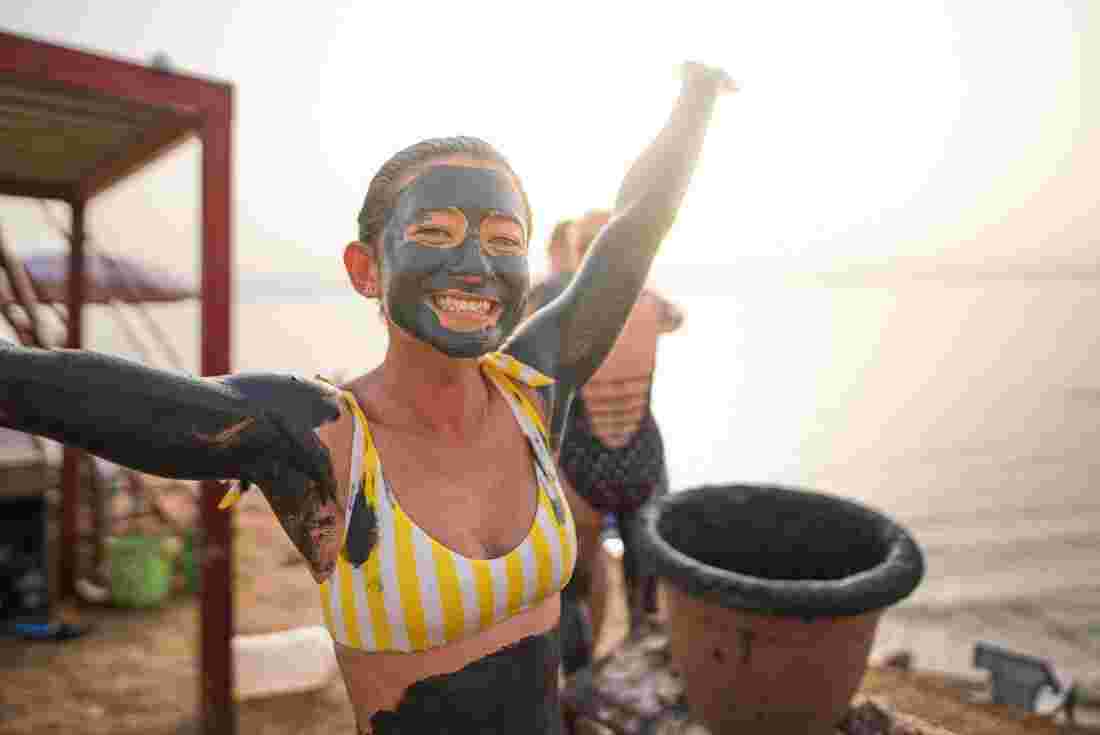 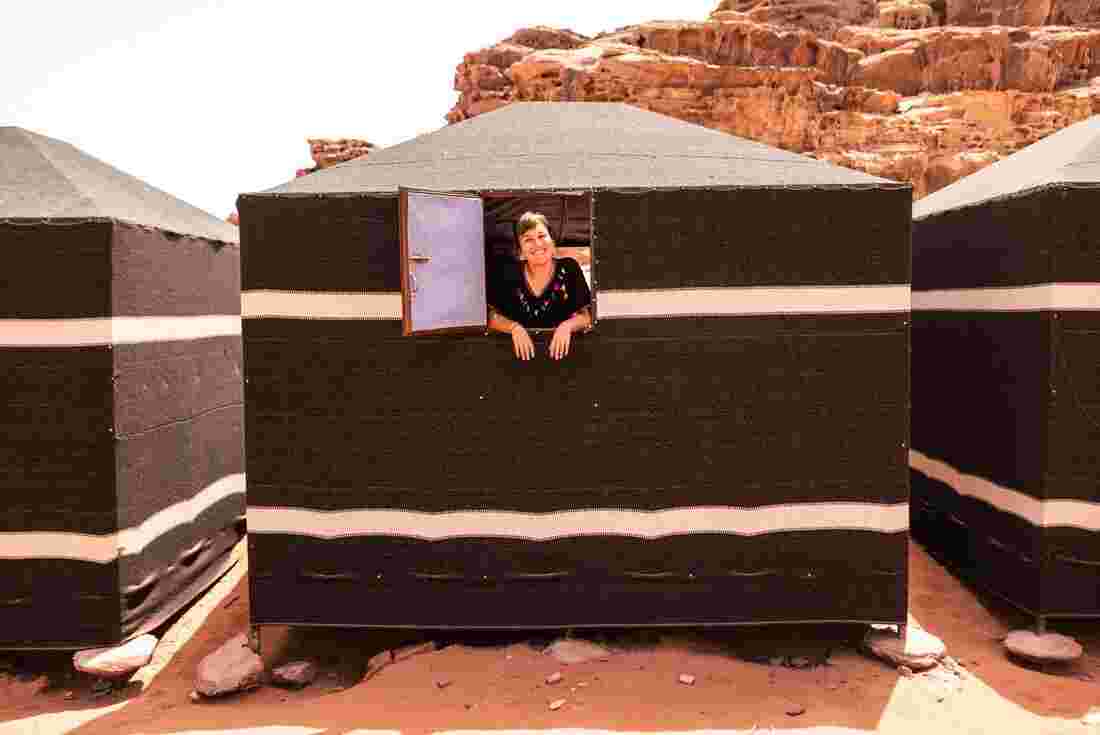 Welcome to the Middle East! Touch down in Jordan's capital city, Amman. Meet up with your leader and fellow travellers at an important welcome meeting at 6 pm tonight, but until then, you’re free to hit the streets. Why not make a beeline for Rainbow Street for a falafel and a shisha – it’s what the locals do. Something more substantial? Maybe head to the Old Town’s Roman Amphitheatre, have a cultured afternoon at the Jordan National Gallery of Fine Arts, snap some pics of the city from the hilltop Temple of Hercules, or sweat it out in a Turkish bath house. After your welcome meeting, why not get a group together and head out for the night – your leader will know of some spots to go.

This morning, take a tour with your leader around Amman, beginning at the hilltop Citadel, then following the edge of the walls down into town past the Roman Theatre, the Nymphaeum ruins and the Al Husseiny Mosque. Be sure to stop in at some nut shops or a souq for some snacks along the way. After lunch, drive 4 hours to Wadi Rum. Once arrived, you'll meet your Bedouin hosts, who'll show you around camp and offer you many rounds of ‘Bedouin whisky’ (mint tea), so settle in for a night of traditional hospitality. This evening you'll be dining on traditional Bedouin cuisine, sleeping in Bedouin-style tents and gazing up at some traditional Bedouin skies. Did we mention Bedouin?

The tents tonight are simple but comfortable. Expect single beds with all bedding including a nice thick blanket for those cool desert nights. During the colder months (October to March), temperatures can get as low as 5°C at night so you may want to bring along a sleeping bag too.
The camp has flushing toilets and showers and is powered by solar panels, so it's not as 'rough' as you may think!

You won’t want to miss this – Wadi Rum rarely looks as fine as she does early morning. Wake up early to take in a magical sunrise, and once you're breakfast-ed, it’s time to head on safari. Jump in one of the jeeps and begin driving around the curious landscapes, passing by Lawrence Spring – a rocky landscape contrasted by a freshwater spring, with panoramic views over the valley. You’ll also stop at Lawrence House, supposedly the house where Lawrence of Arabia lived and stored his equipment. Continue on to one of the largest sand dunes in Wadi Rum and check out some of the famous rock bridges. The deserts around Wadi Rum have got a real otherworldly feel to them, and many Hollywood blockbusters have been shot in and around where you’ll tour today. Later in the afternoon, return to your camp and enjoy a second night of Bedouin hospitality.

Today, farewell your Bedouin mates and journey on to Petra (about a 2-hour drive). You’ll have two full days exploring Petra and its surrounds, so be sure to take your time in seeing the spectacular archaeological site. Once you’ve arrived, take a guided tour of the site, where you’ll learn about its thousands of years of history, and the many films that have used this as a backdrop. You'll get to follow in Indiana Jones’s footsteps on a guided tour that'll take you through the site's narrow siq (a narrow crack in the mountain) to Petra's tombs, temples and rock-hewn amphitheatre. For those wanting to admire the 'rose-red city' from a different angle, there's also the option of continuing up a cliff-top path past the Monastery for elevated views over the site. After a long day of exploration, you’ll probably be feeling quite weary, so the cave bar is a good place to relieve your parched throat and put your feet up for a while.

A two-day entrance fee to Petra is included with this trip. Please note that when entering Petra as a group, a complimentary horse ride is included in the ticket price from the entrance point down to the Siq. Intrepid doesn't recommend that passengers take this option due to the safety and insurance liability involved.

You’ve got another day to explore the majestic Petra, and the best thing is you’re free to do as you please. Perhaps walk the road to Al Khanzneh (the Treasury) – one of the most stunning temples of the whole site. Or, if you didn’t make it yesterday, head up the stairs to El Dier (the Monastery). Other great options today are to hike to the royal tombs or visit the incredible Byzantine mosaics. Your leader will know all the good things to do, so ask them for help with arranging these.

This morning after breakfast, head away from Petra and drive down the King’s Highway towards Madaba. You’ll stop to check out the famous Dead Sea and have the chance to swim in its salty waters. If you’re feeling a bit sore and weary after your Petra expedition, do not fear, as the Dead Sea’s mud has known healing properties and will be sure to bring back your youthful good looks. Afterwards, swing past Mt Nebo where you will have the opportunity to view the Promised Land, just like Moses did. Arrive in Madaba – the city of mosaics – and take a leader-led walking tour to get your bearings of the city. Included this afternoon is a visit to St Georges Church where you’ll see the intricate mosaic map, containing the oldest surviving cartographic depiction of the Holy Land and Jerusalem. Later on, perhaps head out with the gang for dinner – there are some awesome places to eat in this city; your leader knows where to go.

Mount Nebo and Dead Sea Entry is not included.

Your Jordan exploration ends in Madaba after breakfast. Because there’s loads to see in Madaba and Amman, we recommend that you spend an extra day or two to check out what you missed. If you would like to spend more time here, we’ll be happy to organise additional accommodation (subject to availability).

Madaba is a satellite city of Amman and transfers to the airport are really easy from here and often quicker due to traffic. You can reserve a private transfer with Intrepid, grab a taxi or check with your leader how to catch the local bus.
Want to tailor this itinerary?

There are currently no scheduled departures on our One Week in Jordan trip. If you are interested in other trips in the region visit one of the links below.

This is trip for the big names – Lawrence of Arabia, Indiana Jones, Tutankhamen. Jordan...

1. A single supplement is available if you’d prefer not to share a room on this trip. The single supplement excludes Days 2,3 (Desert Camp) where you will be in shared accommodation and is subject to availability. Please speak to your booking agent for further information.
2. With the exception of a two day pass to Petra (included), entrance fees are not included. You pay these as you go along.