Home » Round up the troops: 5 experiences in the UK that will excite the whole family
FamilyNews

Round up the troops: 5 experiences in the UK that will excite the whole family 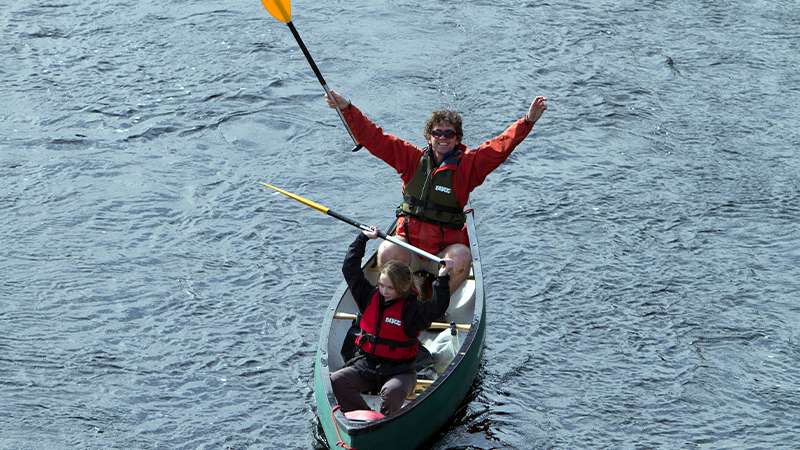 If there’s one thing we’ve come to appreciate over the past year, it’s the wide-open spaces and new experiences available on our own doorsteps.

Far from the world of home schooling and lockdowns, a playground of mountains, rivers, castles and valleys awaits. Whether the family fancy exploring historical sites, walking through quintessentially English scenery, or chilling out on the coast, there’s plenty of generation-spanning fun to be had. So get the whole gang together and read on to find out more about exciting experiences you can have in the UK that will tick everyone’s boxes.

Uncover the mysteries of Loch Ness

Wrapped up in stories and shrouded in legend, Loch Ness holds a special place in many traveller’s imaginations. On our Scotland Family Holiday with Teenagers you’ll travel to the lake’s fabled shores and visit the tumbledown Urquhart Castle. With a history stretching back to the 13th century, you and your clan will learn about the castle’s turbulent history, changing hands between the Scottish and English many times during the Wars of Scottish Independence.

But it’s the Loch’s enigmatic inhabitant, Nessie the Loch Ness Monster, that attracts the most visitors to this slice of the Scottish Highlands. Take a stroll around the loch while your local leader fills you in on this iconic piece of Scottish folklore, which has captured the world’s attention since 1933.

Paddle along a piece of Scotland’s history

Of all Scotland’s natural wonders, one of the country’s most impressive sights is man-made. The 59-mile-long Caledonian Canal was built in 1822 to connect the east and west coasts of Scotland, bypassing the treacherous path around Cape Wrath. Unfortunately for its builders, the canal was too narrow for the new steamboats that soon followed its construction.

This was, however, very fortunate for locals and visitors to Scotland, as the canal soon became a favourite spot to walk, cycle and sail. The Scotland Family Holiday with Teenagers tour gives families the chance to explore a section of the canal in a canoe, floating past gorgeous villages and taking in classic Scottish scenery while paddling to the tiny settlement of Gairlochy.

Practice your sun salutations on the Cornish coast

The words “family” and “yoga” side by side may not send your mind to the most zen of places, but there’s few better ways to start the day than with a stretching session atop the cliffs of the Cornish coast. On our England Family Retreat: Cornwall, a guided yoga session will help you centre yourself and relax, or at the very least, learn how to block out the sounds of the kids zipping around you.

After your session, you’ll be poised and ready to face the day, most likely drenched in gorgeous Cornish sunshine. Aside from yoga, the area offers no shortage of fantastic walking trails, most of which play to the region’s privileged views of the dramatic Atlantic coastline. And how about ending the day with two words that definitely belong together, “Cornish” and “pasty”.

Walk towards sweet treats in the Peak District

England’s Peak District continues to delight visitors of all ages. With an abundance of scenic walking tracks, historical points and ice cream parlours, there’s fun to be had for the young, old, and everything in between. On our England Family Retreat: Peak District adventure, you and the family will explore on two feet and discover a range of sweet treats along the way.

From your base in the village of Castleton, where English charm emanates from every corner, travel to Hathersage and set off on a wonderful hike to Bakewell. Following the meandering River Derwent, you’ll pass by endearing cottages, woods and crumbling old chapels, making an important stop for some tasty locally made ice cream. The hike ends in Bakewell, famed for the tarts and puddings that were invented here several hundred years ago – well deserved after a morning of walking!

This one’s for the grownups in the group. Some ten years ago, a local IT specialist decided to swap CPUs for IPAs and launch his own brewing company in the Peak District. Operating out of an inviting pub in Bamford, they named themselves Intrepid Brewery, a nod to the outdoors and capturing the adventurous spirit of those who visit the area.

What better place for an Intrepid traveller to recoup after a day of walking on the England Family Retreat: Peak District tour, reminiscing about the day’s discoveries over a delicious pint of craft beer. With a tantalising array of beverages delivering notes of oak, rye, chocolate and vanilla, you’ll take your tastebuds on a journey with you. They say a pub is only as good as its beer, and this pub is fantastic.