The best beaches in southeast Asia: a definitive guide 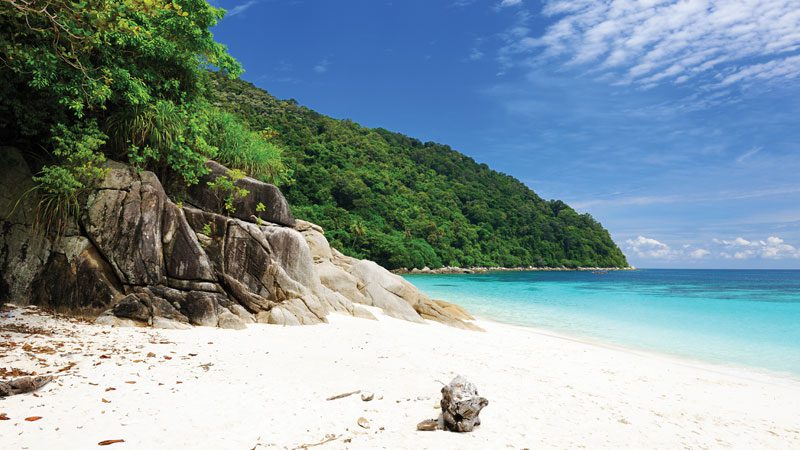 Remember The Beach? That fantastic 2000 movie in which a youthful Leonardo DiCaprio, fresh from a disastrous Atlantic cruise on the Titanic, goes in search of an idyllic beach in Thailand cut off from civilisation and run by hippies?

The world has changed in the two decades since that film, but what hasn’t changed is the traveller’s urge to find the perfect beach on which to unwind after a few weeks exploring the culture, temples and wildlife of southeast Asia. And so we present our definitive list of the best beaches in southeast Asia: 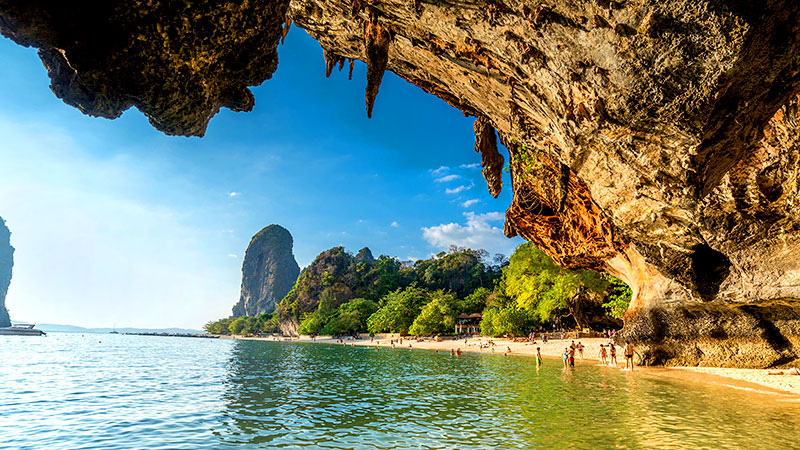 Also known as Rai Leh, this beach in Thailand’s Krabi province is only accessible by sea because of the beautiful limestone cliffs that cut it off from the road system. Explore the caves and lush jungle, watch the rock climbers or just relax in a truly awesome setting. To get there, take a long-tail boat from nearby Ao Nang beach.

We should mention that you can also visit Ko Phi Phi Le, the island where The Beach was filmed, from Krabi.

Stay in Krabi and visit Railay beach on an Intrepid trip >

The Perhentian Islands (pictured top) are two specks of emerald loveliness washed by the azure waters of the South China Sea. These islands are truly for the beach connoisseur; between them, Pulau Besar (big island) and Pulau Kecil (small island) have a beach for everyone. If Turtle Beach is too busy for you (it won’t be, unless you normally reside in Antarctica), just hop on a taxi boat to Mira Beach to get away from it all. And if Mira turns out to be too quiet, a short walk through the jungle will take you to Long Beach, where the parties are.

The Perhentian Islands are a snorkeller’s paradise and the coral reefs are home to turtles, reef sharks and moray eels among a myriad of other sea life.

Relax on the Perhentian Islands on an Intrepid tour of Malaysia > 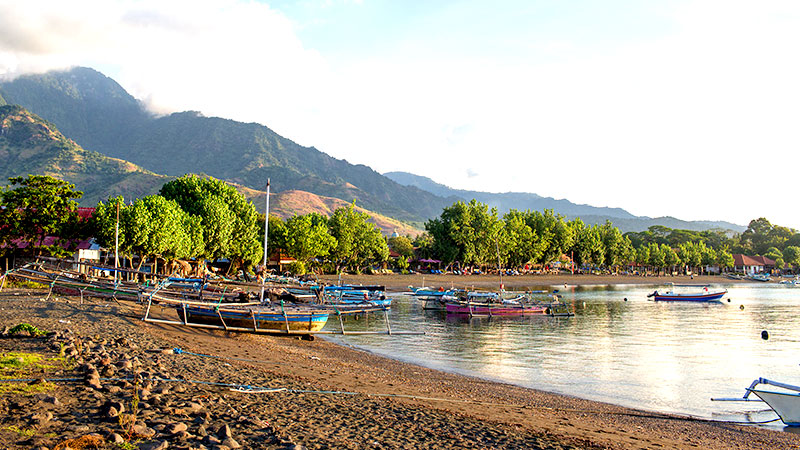 If your idea of a perfect beach is sand so white and fine that it squeaks, then Pemuteran probably isn’t for you. Volcanic islands such as Bali often have black or dark sandy beaches – and Pemuteran, on the north west coast, has that particularly fine grained kind that you’ll be finding in your hair for weeks after you visit.

Pemuteran is a small fishing village overlooked by a 16th-century temple. It has become something of a centre of marine conservation, with a manmade ‘bio-rock’ reef built in 2000 as a coral nursery and a turtle breeding and release project. It’s popular for scuba diving and snorkelling – and the reef is accessible from the beach. 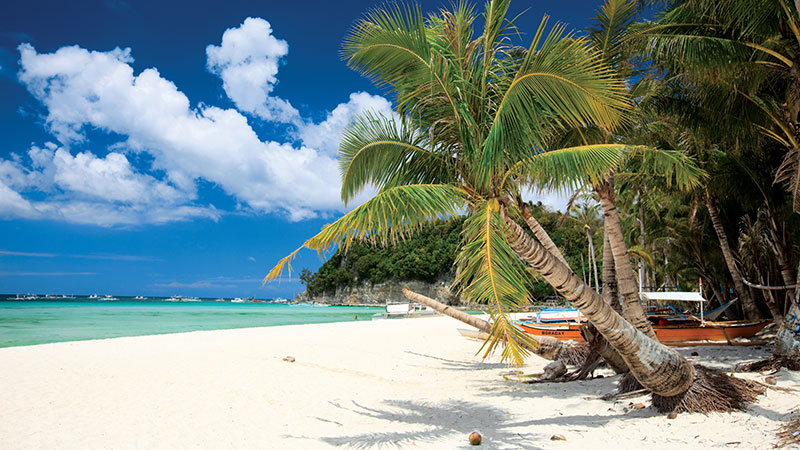 This little Filipino island has been named ‘best island in the world’ by various publications mainly because of its beaches of soft white sand. Venice, now you know where you’ve been going wrong all these centuries.

Alternatively, check out the Philippines’ OTHER most beautiful island, Palawan >

Take yourself to the aptly named White Beach if you want to be in the centre of everything. Diniwid (just past the northern end of White Beach) is perfect if you want to escape the crowds. If you love watersports, get over the other side of the island to Bulabog Beach. Note: the other side of the island is literally 500m away. And if you love snorkelling, catch a 20-minute boat ride from the White Beach to nearby Crocodile Island. Okay, pay attention, there’s a lot of beaches to get through here: Victory Beach (family friendly), Independence Beach (named after the nearby hotel), the private Sokha Beach (peaceful, if you’re prepared to pay for a day pass), Ochheuteal Beach (very popular). But the best of these is Otres Beach. It’s the furthest from the city and the quietest. There’s a beautiful river at the southern end, Ou Trojak Jet. Hire a boat to explore the mangroves and islands. 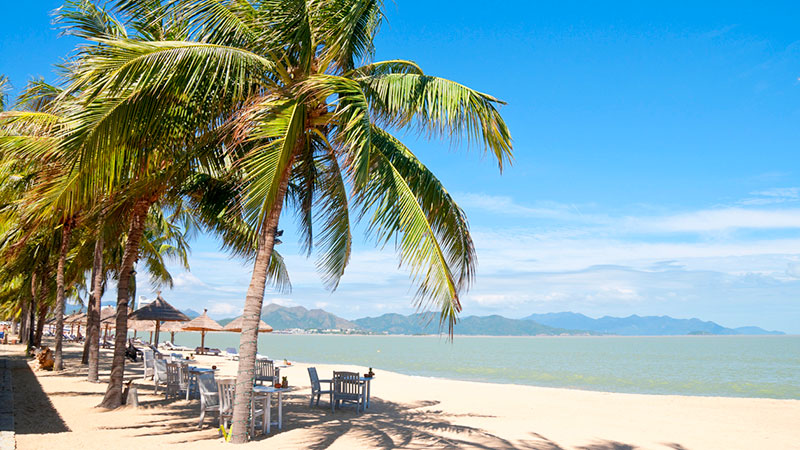 Surrounded by forested hills inland and a chain of islands offshore, the town of Nha Trang is known as the scuba diving centre of Vietnam. But it’s the beaches we’re here for – and what a beach it is! All 6km of it. Nha Trang beach is in the centre of a town, so if you’re looking for something a little more quiet, our top tip is Bai Dai Beach. It’s 20km away so book a taxi (or wait for the bus), but it’s worth it to get away from the crowds.

Visit Nha Trang on an EPIC tour of Indochina with Intrepid > 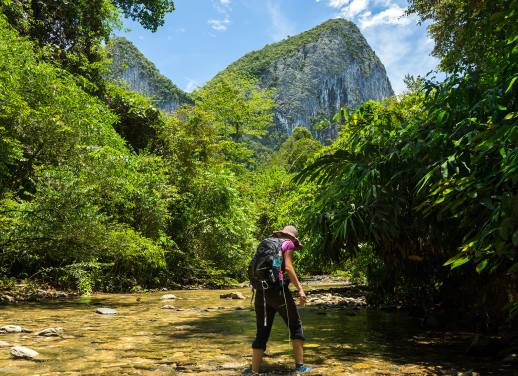 Tim is the managing editor of Intrepid blogs. He's lived on three islands, in ascending size order: Tristan da Cunha, the UK and Australia. He will travel anywhere as long as there is a charismatic animal, a volcano or a beach, which means Galapagos is his ultimate ambition.