Navigating your way around Mexico City 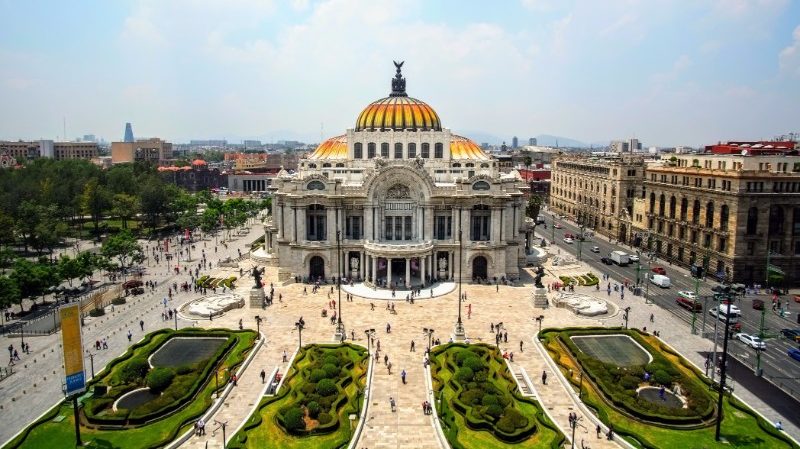 Mexico City – or CDMX as Chilangos like to call it these days – is one of the world’s ‘supercities’, home to almost 20 million people.

Having grown ten times in size since 1940, it has everything you want in a city: history, architecture, art, entertainment, and a foodie culture to rival anywhere on earth. The most difficult decision you’re likely to make in Ciudad de Mexico is how to divide your time, with so many distinct districts that Mexico City feels more like several cities in one.

Here are some good spots to get you started: 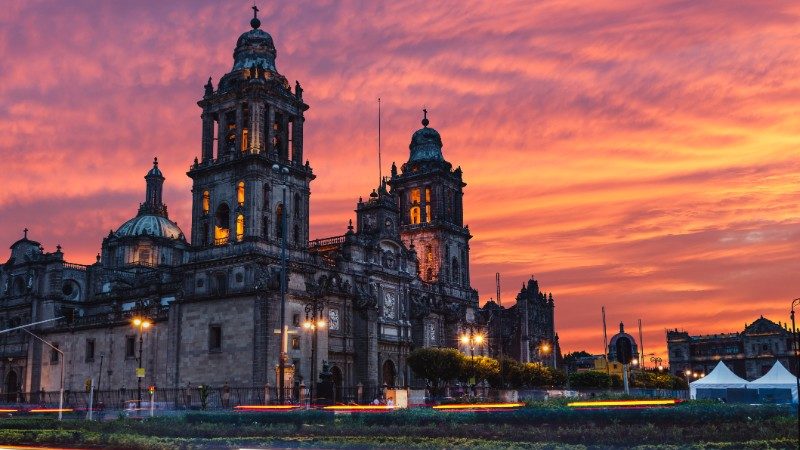 Hop on the metro to one of the many stations around what locals call the Zócalo, officially the Plaza de la Constitución. The main square was once the ceremonial centre of the Aztec city of Tenochtitlan, which you can see the remnants of in the excavated Tempolo Mayor. Today, the cobblestone streets are mostly home to colonial architecture, such as the Palacio Nacional, with Diego Rivera (Mr Frida Kahlo) murals depicting the nation’s history, and the magnificent Catedral Metropolitana. Watch the military raise or lower the giant flag at 8am or 6pm, and stay for the traditional Aztec performers dressed in snakeskin and feathered headdresses, dancing to the beat of the huehuetl. To the west, the Mercado de Sonora is a large outdoor market that features everything from lucha libre (wrestling) masks to witchcraft potions.

RELATED: THE SURPRISES AND DELIGHTS OF MEXICO CITY

This is also the place to begin sampling the delights of Mexican street food. With hundreds of taco stalls to choose from, it’s simply a matter of following your nose. A full meal will only set you back a couple of dollars, so start sampling: tacos de fritanga are shallow fried, tacos al pastor are a local take on Middle Eastern kebabs, while flautas are tortillas that have been rolled and fried. On the slightly less messy side are tortas, monster sandwiches that are a world away from the kind your grandmother makes. But whatever you select, the best part is the salsa. Stands all carry several fresh, homemade varieties that will set your heart racing. There’s only one thing you need for dessert: churros, the Spanish fried dough pastry with sweet fillings that put donuts to shame. 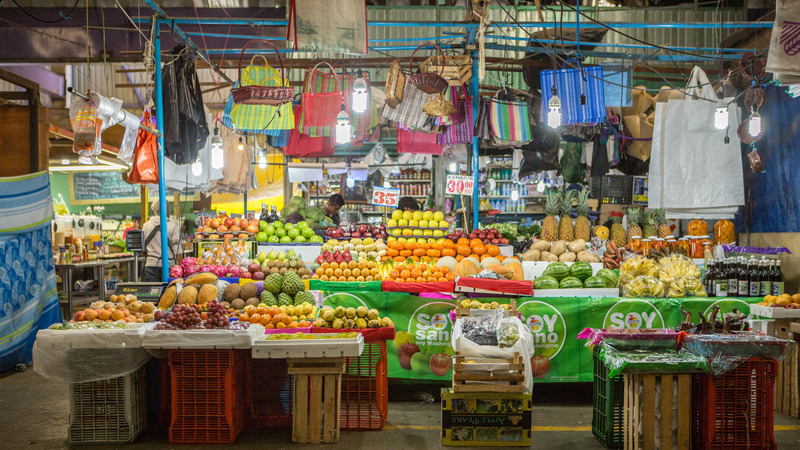 Brush up on your Mexican history at the National Anthropological Museum, which features huge exhibitions dedicated to the many regions of the country that true buffs will want to spend a whole day exploring. Set aside some time during visiting hours to walk up the winding road to Chapultepec Castle for one of the best views of the rambling city, before taking a walk through the gardens and lakes below.

Once you’ve worked up an appetite, it’s only a short walk to La Condesa, or its slightly less glamorous sister suburb on the other side of Insurgentes Avenue, Roma. The district’s artistic history has largely given way to its appetites, with rows of bars and restaurants serving the country’s finest. Vegetarians will love Tacos Gus, a street food-style joint with over twenty meat-free options, while Mercado Roma hosts pop up bites from many fashionable restaurants. Or, with the tree-lined streets and colourful art deco architecture, go for a wander and find something a little more off track. 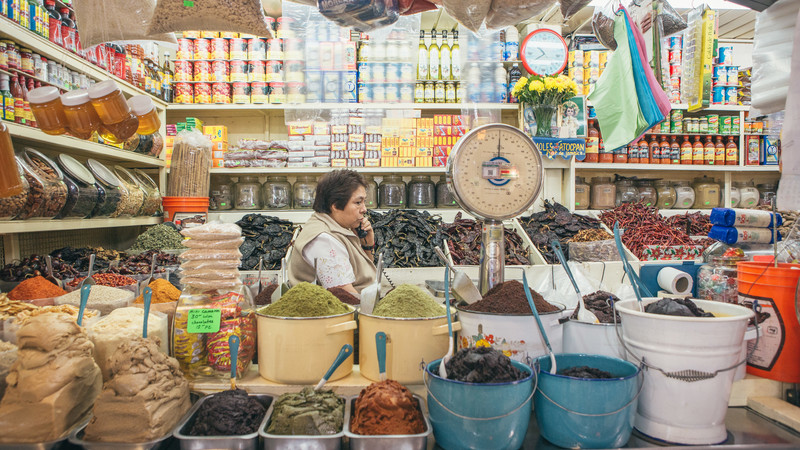 You can eat your way around the country without leaving Mexico City, so look out for regional delights from Oaxaca, Puebla, and Michoacán. Get to know your moles, like a negro, the dark, spicy-sweet sauce that dresses meats like pork and venison, or coloradito, made from red chillies and usually accompanying chicken. For something lighter, a simple quesadilla will still bring the flavour, as it’s not uncommon for a restaurant to bring six or more salsas to enjoy with it.

RELATED: ALL YOU CORN EAT – A MEXICAN STREET FOOD GUIDE

Let the towering Angel de la Independencia guide you to Zona Rosa, a wedge of streets in nearby Juárez; it’s the financial centre by day and a party district by night. It’s called the ‘pink zone’ after it became home to the city’s vibrant gay scene in the 1960s, and also has a large Korean population with many restaurants if you fancy a break from taquerias.

If you don’t know much Spanish, you’ll quickly learn that cerveza (beer) and mezcal (agave liquor) are indispensable, but there’s no need to limit yourself. Micheladas is a beer cocktail prepared with lime, salt, and chilli, said to cure hangovers but is equally delicious after a hot day of sightseeing, while a traditional margarita, on the rocks or in a slushy, never goes astray. The local wine industry is booming, with a solid selection of reds and whites from the country’s diverse geography. If drinking isn’t your thing, the ubiquitous aguas frescas are non-alcoholic chilled waters blended with fruits, sugar and herbs. 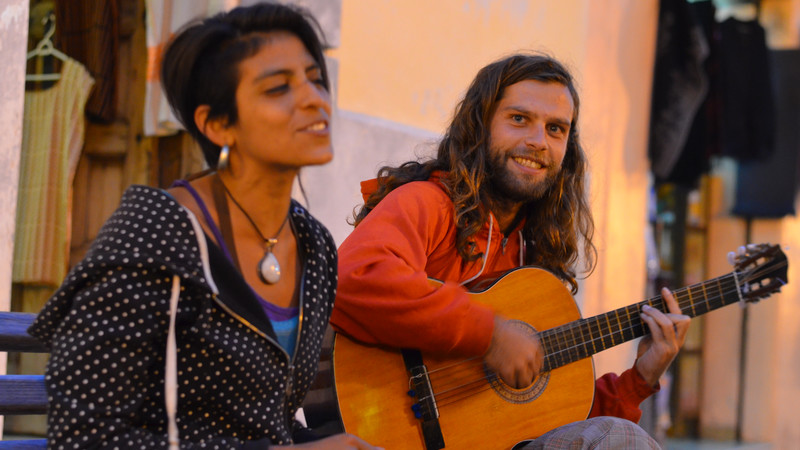 A fresh head is a good idea for Coyoácan, the bohemian district in the south of the city that requires at least a full day to explore. The Frida Kahlo Museum, known as the blue house, is the most popular attraction, and it’s advisable to buy your tickets online or get there early. Just around the corner, Leon Trotsky’s Museum, or red house, is less busy but also worth a look; you can even enter the study where he was assassinated. Wander the Plaza Hidalgo and Jardín Centenario, surrounded by scores of places to eat and drink, and go inside Parroquia San Juan Bautista, a church and former convent that dates back to Cortes’ conquest of Mexico in the 16th century. A large market, along with plenty of street performers and live music, only adds to the atmosphere of one of the city’s most loved districts.

RELATED: THE BEST OF MEXICO, ACCORDING TO AN INTREPID LEADER

While there’s more than enough to do inside the CDMX city limits, there’s also plenty to see nearby. Take a day trip to climb the pyramids of the Aztec archaeological site of Teotihuacán, or get the metro north to see La Villa de Guadalupe that was the site of the apparition of Our Lady of Guadalupe in 1531, which attracts hundreds of thousands of pilgrims from all over the Americas each year.

Ready to explore Mexico City? Do it on a small group adventure with Intrepid.

Makes me wanna go back.