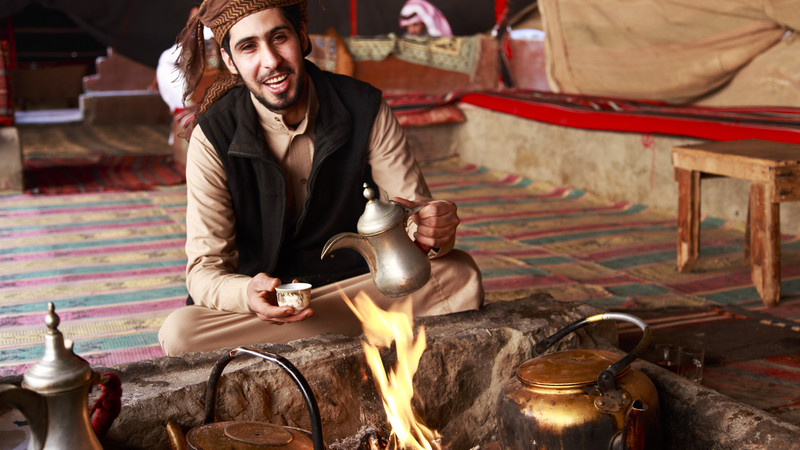 Living out your Indiana Jones fantasies at the ‘lost’ city of Petra, bobbing about in the ultra-buoyant Dead Sea, taking a jeep tour around the dramatic desertscape of Wadi Rum…that’s your trip to Jordan sorted, right?

Sure, these top attractions are amazing, but they’re just a few of the many awesome travel experiences on offer in this adventure-packed corner of the Middle East. Here’s eight you might not have thought about, but are definitely worth adding to your itinerary:

Scuba diving in the Red Sea

Egypt might be better known for Red Sea diving, but there are also plenty of opportunities to dive in Aqaba, Jordan’s only seaside city. Ranging from shallow coral gardens to deep canyons, pinnacles to shipwrecks, there are over 20 dive sites to choose from, with the same warm water, excellent visibility and bountiful marine life that put places like Sharm el Sheik and Dahab (just across the Gulf of Aqaba) on Egypt’s diving map. 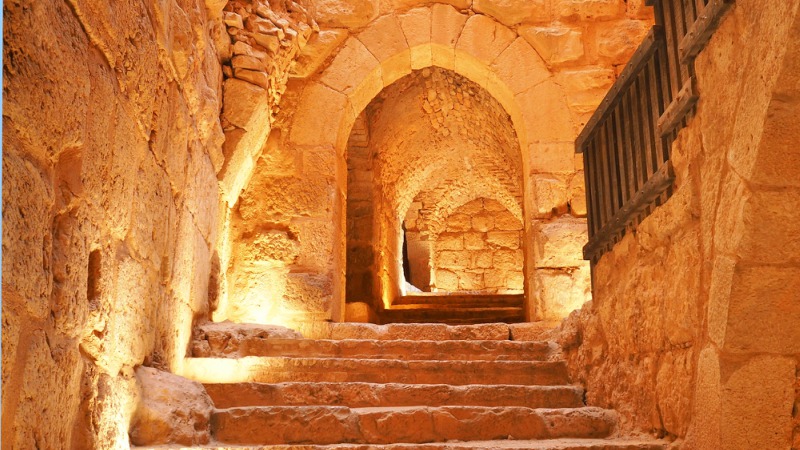 Castles in Jordan? Yep – picturesquely perched on rocky knolls across the country are more than half a dozen medieval fortifications either built or occupied by the Crusaders during their two-century attempt to recover the Holy Land from Islamic rule. Castles that remain in the best shape (and open to visitors) include the enormous Karak Castle in Jordan’s central-west, Shoback Castle (also known as Montreal Castle) about 100km south of Karak, and Ajloun Castle in the country’s northwest, which presides over the surprisingly lush Jordan Valley.

Opened earlier this year, the Jordan Trail is a spectacular 650km hiking path that runs from the village of Umm Qais at Jordan’s northern tip, to the resort city of Aqaba at the nation’s tail. You can opt to hike a manageable section (solo or with a local operator), or set aside around a month to tackle its entire length, which weaves though ancient ruins (including Petra), remote communities, and some truly breathtaking landscapes.

Getting back to nature 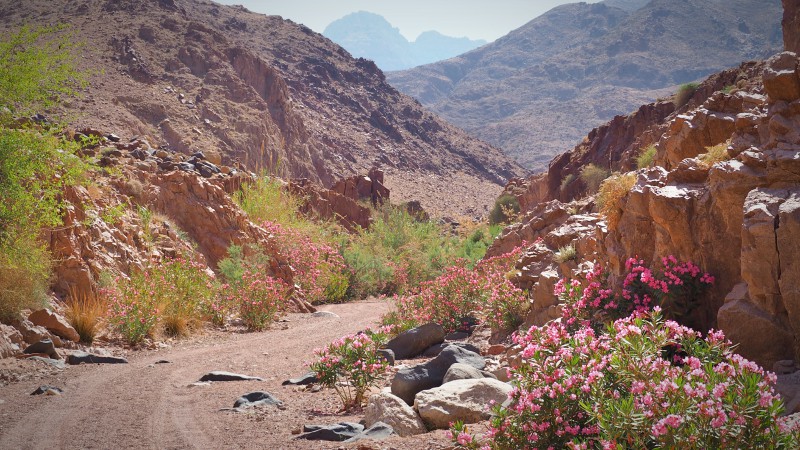 You might be surprised to find that Jordan isn’t all sandy deserts and rocky ranges. In fact, it’s home to seven pretty spectacular nature reserves. In Mujib Biosphsere Reserve, you can hike through Wadi Mujib, a stunning canyon through which a river enters the Dead Sea at 420m below sea level, while Dana Biophere Reserve, Jordan’s largest reserve, encompasses all four of the country’s different bio-geographical zones. Keep your eyes peeled for Sinai agamas, lizards which glow a brilliant blue to attract females during the summer mating season.

Seeking out Roman – and even Greek – ruins

About an hour’s drive north of Amman, the sprawling ruins of Jerash comprise the largest Roman site in the Middle East, which is well worth at least half a day of your time. It’s just one of many ancient Roman ruins scattered around the country, including Amman’s Roman Theatre and Citadel. In Umm Qais, you can also tour the ruins of the Greek Decapolis city of Gadara, which overlooks the Sea of Galilee in modern-day Israel next door. On a clear day, you can even see the mountains of Lebanon beyond.

Overnighting in a Bedouin camp 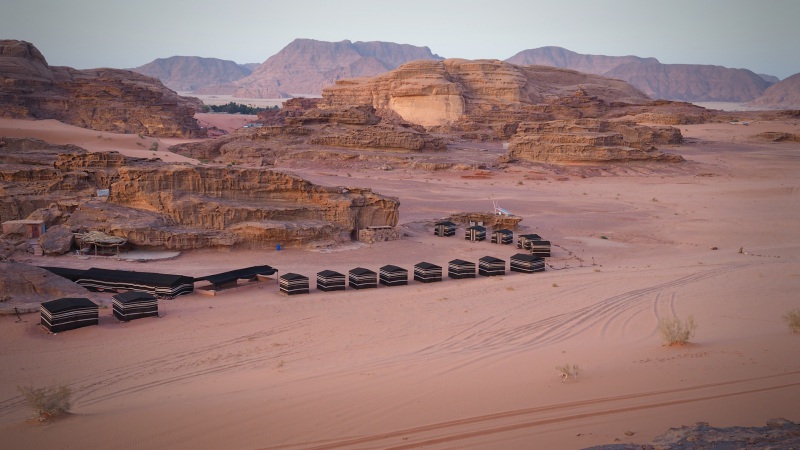 Bed down like a Bedouin in Wadi Rum. Image c/o Sarah Reid.

When you first clap eyes on Wadi Rum, it’s easy to see why scenes from The Martian were filmed here. Many travellers opt for a day trip to this otherworldly place from the nearby city of Aqaba, but staying overnight in a traditional-style tented Bedouin camp (several dozen of which are scattered through the protected area) is much more fun. Bedouin-style camping is also possible near Petra, and you can expect to camp alongside traditional Bedouin families along the Jordan Trail. Doing a homestay with a regular Jordanian family is another way to get a taste of local life and culture.

Marvelling at the mosaics of Madaba

A popular base for travellers, the market town of Madaba, which is closer to Amman’s airport than the capital itself, boasts some of Jordan’s best-preserved Byzantine mosaics. Its crowning glory is the mosaic map in St George’s Church, which represents the oldest map of Palestine in existence. Crafted in the 1st century BC, the map – which once contained more than two million tiles – lay forgotten for centuries until builders uncovered the masterpiece during construction of the 19th-century church that sits atop it.

Eating (and drinking!) your way around Amman 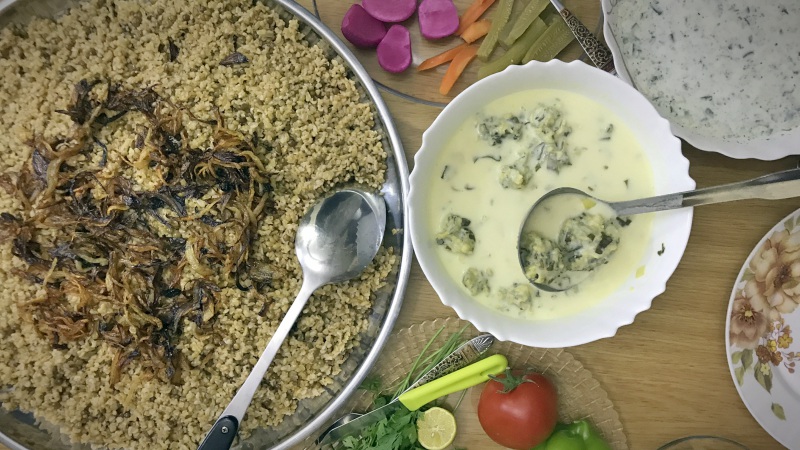 Many travellers opt to skip Jordan’s capital, but it’s well worth spending a day or two exploring the buzzing ‘White City’, especially if you love your food. Downtown, one falafel wrap from Hashem is never enough (especially when they’re so cheap!). Nearby in trendy Rainbow Street, you’ll find some of the city’s hippest cafes, restaurants, and bars. You heard that right: while it’s generally frowned upon for Muslims to imbibe, you won’t have trouble finding alcohol in Amman. Jordan even has its very own microbrewery, Carakale, which makes a mean pale ale.

Intrigued? Explore the many sides of Jordan on an Intrepid small group trip. 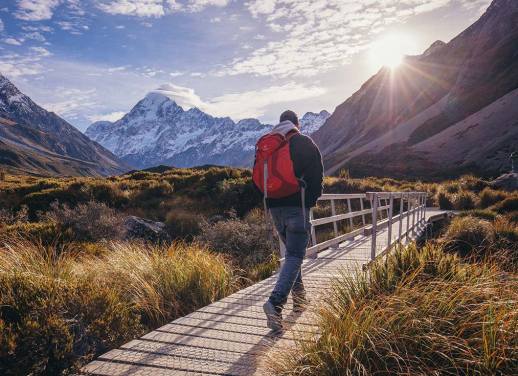 The things which are explained in this article are very adventurous and I really want to enjoy like this.

We visited Jordan in 2015 and though short our trip did all things recommended Plus Petra and the Dead Sea .go for it it’s a beautiful country and the people are fantastic

I am more than intrigued now! Jordan has been on my radar for years but now, I simply need to get it sorted and get there asap!
thanks for the tips!

I was there in 2015 presenting at a two-day conference. No armed guards. Very hospitable. Lot of attendees asked for photos with me. About half the attendees were women, a much higher proportion than similar events elsewhere (engineering and architecture)

Some friends that just visited there,they had an armed guard every minute,did you?

I visited Jordan for 10 days just 2 months ago as part of a group tour. There are occasional armed military personnel throughout the country, mostly noticeable near the borders. The govt and tour operators there are at pains to welcome tourists and make them feel safe and comfortable, as they try to re build their tourist industry after the regional insecurities of 5+ years ago. I walked streets in tourist areas alone on many occasions (use inexpensive taxis at night), no need for personal guards. As in all countries, be discreet, and modest in appearance, and you will have a relatively hassle free and truly enjoyable time. -Phil F (Australia)