This scenic destination in the United Kingdom covers 555 square miles (1,438 kms) and takes in the counties of Derbyshire, Cheshire, Staffordshire, Yorkshire and Greater Manchester. Peak District National Park draws keen walkers from around the world who come to enjoy the freedom of being able to hike along 1,600 miles (2,575 kms) of public rights of way such as footpaths, bridleways and tracks, and 202 square miles (523 square kms) of open access land where hikers can walk wherever they please. Add caves as high as the London Eye, castles, country pubs, fortresses and historic villages to explore and you’ve got a great Peak District tour with plenty of opportunities for enjoying the great outdoors. Whether you would prefer to lace up your hiking boots and explore the Peak District on foot, cycle the Peak District or simply soak up the village atmosphere, the Peak District is waiting for you.

Discover the small villages of the Peak District with this three-day Intrepid Walking...

Ride through the dramatic landscape of the Peak District with this four-day Cycling...

Highlights of the Peak District 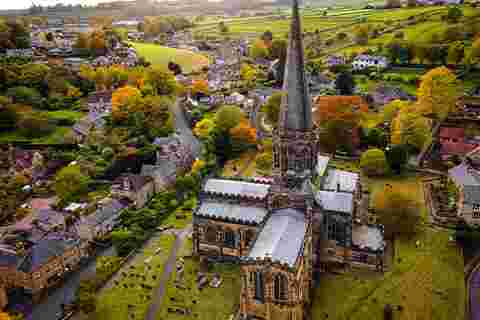 Explore the town of Bakewell

Located on the River Wye, Bakewell is best known for its sweets. Most people have heard of a Bakewell tart, filled with layers of jam and frangipane, but Bakewell is also home to a matching almond-flavoured dessert which was accidentally invented in the 18th century and continues to be made to a top-secret recipe. Treat yourself one of the town’s famous tarts or puddings as you explore the arched bridges, narrow shopping streets and stone cottages which make this town so picturesque. If you’ve read Jane Austen’s Pride and Prejudice, you’ll probably recognise Bakewell as 'Lambton' in the novel. 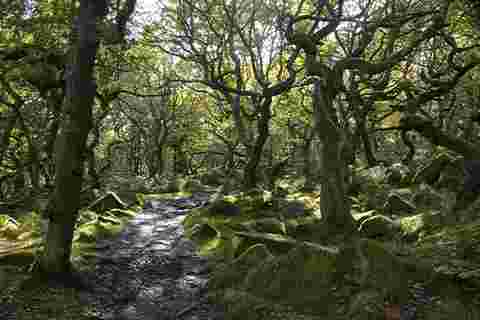 Lace up your hiking boots and discover the ancient landscape, tumbling streams and fascinating history of Longshaw Estate which covers 1600 acres (647 hectares). Once used for shooting by the Duke of Rutland, the estate of moorland and woodland is now managed by the National Trust. Make your way through rhododendron bushes, past moss-covered barns and grazing sheep, over babbling brooks, boulders weathered into natural sculptures, and along the heather and gorse flanked packhorse trails which once connected Sheffield to the salt wells of Cheshire. The views of the Peak District are superb. 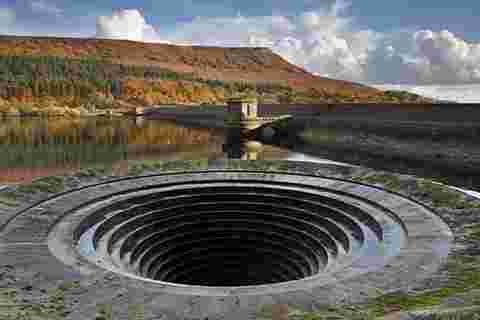 See the sights around Bamford

Bamford is a small village with a big choice of things to see and do. Ladybower Reservoir, one of Britain’s largest historic reservoirs, is a great spot to enjoy a picnic lunch and views over the water. If the reservoir is full, you’ll get to see what the locals call ‘the plughole’, a huge 78 foot (24m) wide drain that resembles the plughole in the bathtub back at your hotel. Bamford also has plenty of rolling hills and picturesque moorland for hiking adventures. Don’t miss the walk to the top of nearby Mam Tor. 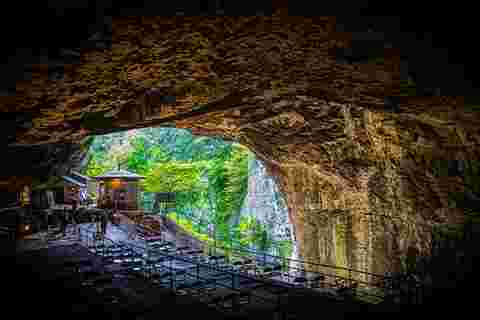 Blue John Cavern is named after the fourteen known varieties of Blue John stone which have been mined in the caves using picks and shovels for centuries. Miners still work here during the tourist off-season. Tours of the cave take around 45 minutes and pass through caverns up to 150 feet (45 metres) high filled with stalactites, stalagmites and mining equipment used to remove Blue John stone from the veins of limestone. Ask as many questions as you like as your guide is also one of the miners who works the seams. 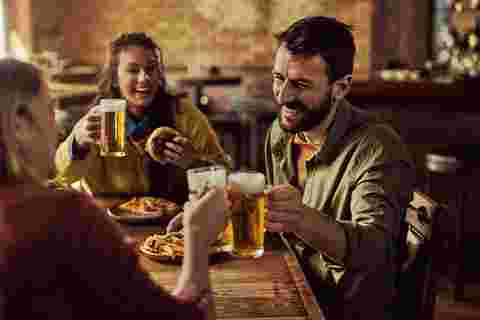 Have a pint at a historic pub

Whether you’re after a pint at a simple country pub or would prefer to dine on Michelin-starred cuisine, you’ll find what you’re looking for and more in the Peak District’s pubs. After you’ve checked out Ladybower Reservoir, head to the nearby Yorkshire Bridge Inn for a refreshing ale. Housed in a historic coaching inn, The Old Hall Inn at Whitehough has a bar specialising in local brews. Some grand estates even have their own pub, like The Devonshire Arms which is part of Chatsworth Estate. If the weather is chilly, there’s a cosy fire at The Castle in Castleton. 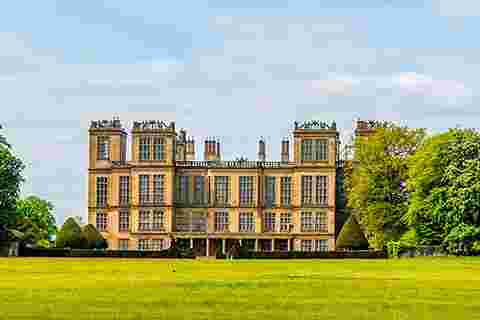 The Peak District is packed with castles and historic houses to explore. Walk in the footsteps of Henry II at Peveril Castle in Castleton, one of England’s earliest Norman fortresses. The lush formal gardens and parklands at Elvaston Castle Country Park are free to explore with plenty of room to go for a stroll. Head to Hardwick Hall in Chesterfield and you’ll discover excellent walks and some of the world’s best Elizabethan tapestries. The atmospheric, crumbling grandeur of Calke Abbey provides an understanding of the hard work required to maintain a country estate.

Do I need a COVID-19 vaccine to join a trip in the Peak District?

How do I get to the Peak District?

Bus and rail services travel to different towns in the Peak District. Check timetables for the best option based on where you are departing from and what town you would like to base yourself in while you're exploring the Peak District.

If you would prefer to drive, the Peak District can be reached via the motorway from the north or south of England. Other roads such as the M62, M42, M60, M56, M67 and M18 will also take you to the Peak District.

Ferry services are also available but the closest ports are either Hull or Liverpool which are more than an hour away from the Peak District.

Learn more about how to get to the Peak District

How do I get around the Peak District?

Due to the Peak District's location in the Midlands region of England, the weather is usually pleasantly mild. The Peak District's rainfall is fairly even throughout the year which means anytime is a good time to visit the Peak District. However, this also means you might encounter wet weather during your visit so pack accordingly. The summer months seldom get above 19 degrees Celcius and during winter, the average daytime temperature is around 4 degrees Celcius during the day. Autumn weather can be changeable but it's worth taking a chance on this time of year to avoid the crowds. Snow is not uncommon in winter and roads can be closed when falls are heavy.

Learn more about the best time to visit the Peak District

What to pack for a trip to the Peak District

What to pack for your trip to the Peak District largely depends on what time of the year you choose to visit and what type of holiday you want to have. If you're going to be doing a lot of hiking or other outdoor activities, it's recommended you pack a sturdy, comfortable pair of boots or shoes, as well as long trousers and a waterproof jacket. If you're travelling in winter remember to pack scarves, beanies, gloves, long shirts, and jumpers. When you head out for a walk in the Peak District, always bring a jumper and wet weather gear with you as the weather can be changeable. If you are visiting the Peak District in summer, you will need to pack clothes suitable for warmer weather such as t-shirts, shorts, dresses, and a light cardigan or jumper for chilly evenings. Wet weather gear is essential, no matter what time of the year you're visiting.

You will find a WiFi signal in the Peak District near major villages and tourist hubs but there is limited or no WiFi available once you get out in the countryside and start exploring the region's trails. If you want to use Google maps while you're in the Peak District, remember to download the offline versions of the correct maps to your phone before you get there.

Can I use my mobile/cell phone in the Peak District?

You will find a mobile phone signal in the Peak District near major villages and tourist hubs but there is limited or no mobile phone coverage once you get out in the countryside and start exploring the region's trails.

Are Intrepid trips in the Peak District accessible for travellers with disabilities?

Read more about the UK 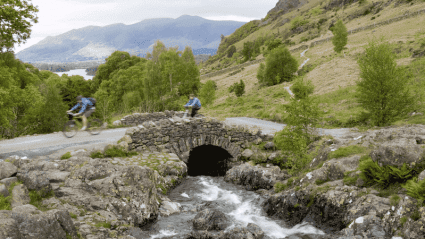 Read an interview with our Active Product Manager to find out what makes the UK a... 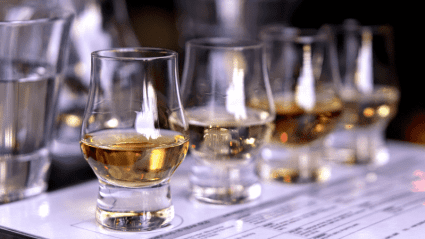 From historic railways to tea and scones, crack open the UK’s cultural treasure... 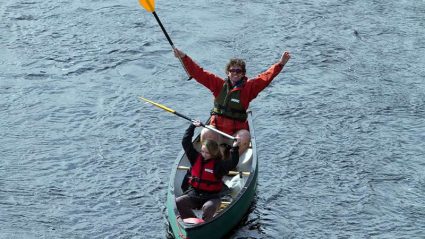 Round up the troops: 5 experiences in...

Whether the family fancy exploring historical sites, walking through... 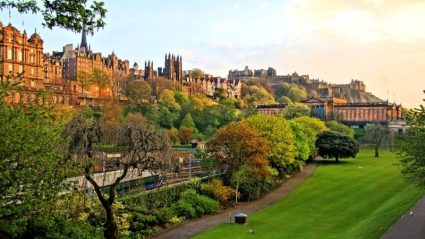 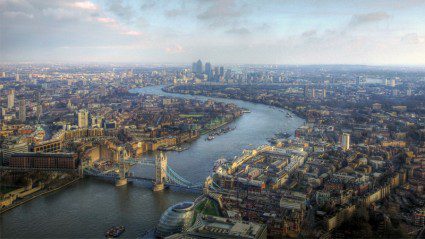 The 12 London Instagrammers you...

Set your filters to stun. 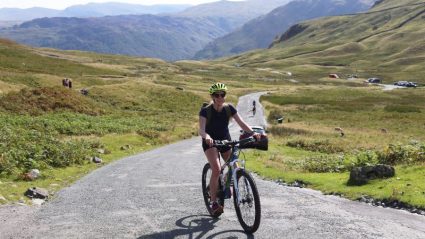 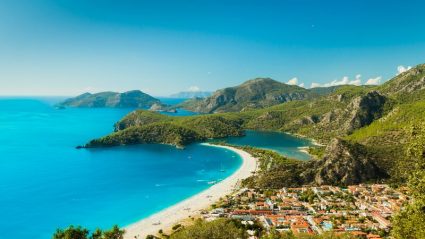 Reading Time: 7 minutes With restrictions beginning to ease for European... 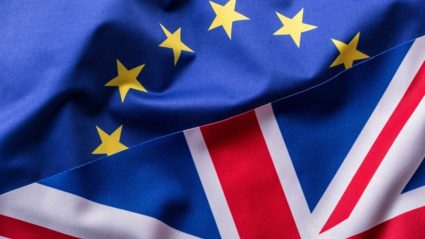 So, what does Brexit mean for...

For doubters, the unthinkable has happened. Today the world has woken up to find... 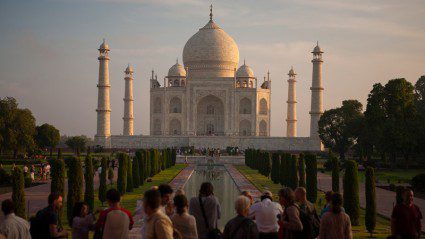 Travel for cheap: where to spend your...

Let’s face it, the British weather isn’t going to surprise us this year. Luckily... 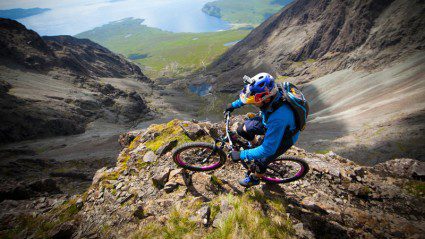 Is this the most amazing mountain...

If anyone needs me, I'll be out buying a mountain bike and overcoming my crippling...