Over the past twenty years, Dan has gradually lost his eyesight from cone-rod dystrophy, an inherited disorder that leads to loss of vision. He struggled with the limitations of his new reality, but instead of feeling sorry for himself, he came up with a new way to approach the rest of his life. As a result, Team See Possibilities was created, aiming to encourage others to focus on their abilities and challenge perceived limitations. He has since run twelve marathons, completed several half Ironman competitions,  was the first blind athlete to run across the Grand Canyon and back, and trekked the Inca Trail with Intrepid Travel.

On November 5, 2016, Intrepid Travel and Team See Possibilities teamed up again to summit Africa's tallest peak, Mt. Kilimanjaro. Dan, with his Intrepid Travel guides and fellow co-founders of Team See Possibilities, completed a nighttime ascent in just 2 nights, following a route that typically takes 6 days. Climbing Kili in the Dark highlights the challenges faced by people who are blind or vision impaired.

Through their work with Intrepid Travel and The Intrepid Foundation, the money raised by Team See Possibilities through the climb will go towards the completion of Education East Africa’s Motor Mechanics Training Centre, a unique association empowering young people to gain vocational skills for future employment and self-employment opportunities.

Dan has served as inspiration to many. Since we first shared his story we have been overwhelmed at the enthusiasm from the blind community to set on their own adventure. If you are keen to travel the world and have any questions related to a disability or special need, please don't hesitate to reach out. We always do our best to accommodate all travelers, whether on a private or regular departures.

Travel to Peru and retrace the steps of the Inca, Peru's fascinating ancient...

Trek the quiet Rongai Route to summit Mt Kilimanjaro on an eight-day trip that includes...

In 2015, Dan reached out to Intrepid Travel for help on his biggest adventure to date: running Peru’s famous Inca Trail to Machu Picchu, without stopping. We were so inspired by Dan’s story that we knew we had to be involved. Together, on October 14-15, Intrepid Travel and Team See Possibilities ran the 26-mile/43-kilometre Inca Trail – ascending from 9,000 feet to over 14,000 feet in elevation – in just 13 hours. If that doesn’t sound impressive, it takes most hikers four days to reach the iconic site. Dan became the first blind runner to complete this feat.

More on this story 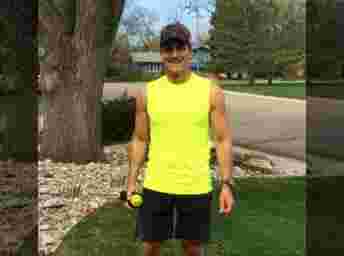 Dan grew up in the chocolate town of Hershey, Pennsylvania, and now co-owns Rodelle, one of the world's leading vanilla extract companies. Over the course of twenty years, Dan gradually lost his eyesight from cone-rod dystrophy. He struggled with the limitations of his new reality, but instead of feeling sorry for himself, he came up with a new way to approach the rest of his life. He become a marathoner. 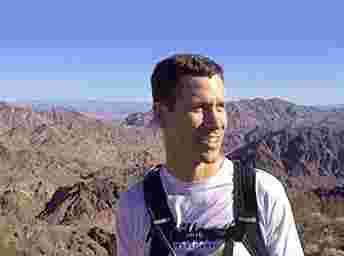 Charles left a career at Intel Corporation to found the Family Adventure Guy. A National Geographic-featured adventurer and author of the book Rising Son: A Father and Son’s Bike Adventure Across Japan, he takes his two young children on endurance challenges around the world linked to charitable causes. Together they have cycled over 7,000 miles. 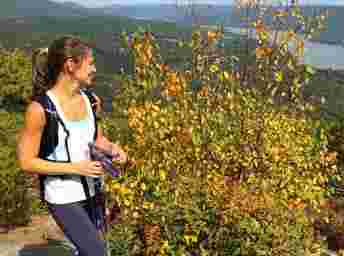 Alison co-founded apple seeds, an all-in-one children's play space based in New York City, and just launched their national franchise program with her business partners.  She was intimidated by the idea of guiding a blind athlete for the first time in the Grand Canyon, in her longest running distance, and on such complicated terrain. Find out more about the lessons she learned here. 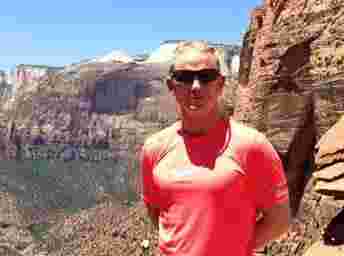 Brad is a graduate of Harvard Business School, Vanderbilt University and former Naval Officer. A runner who has completed 20 marathons and half marathons, he recently added ultra marathons to the competitive mix. He had never taken on quite the type of challenge he faced in the Grand Canyon, nor had he been responsible for another person’s safety to this extent.