Fall in love with the rugged and diverse American West on this nine-day adventure, from the granite peaks and pine forests of Yosemite National Park to the sun-baked dunes and canyons of Death Valley. This itinerary packs in the highlights of the wild west coast and will see you kayaking the clear waters of Lake Tahoe, traversing the wilderness of Hetch Hetchy Valley and strolling neon-lit boulevards in Las Vegas. 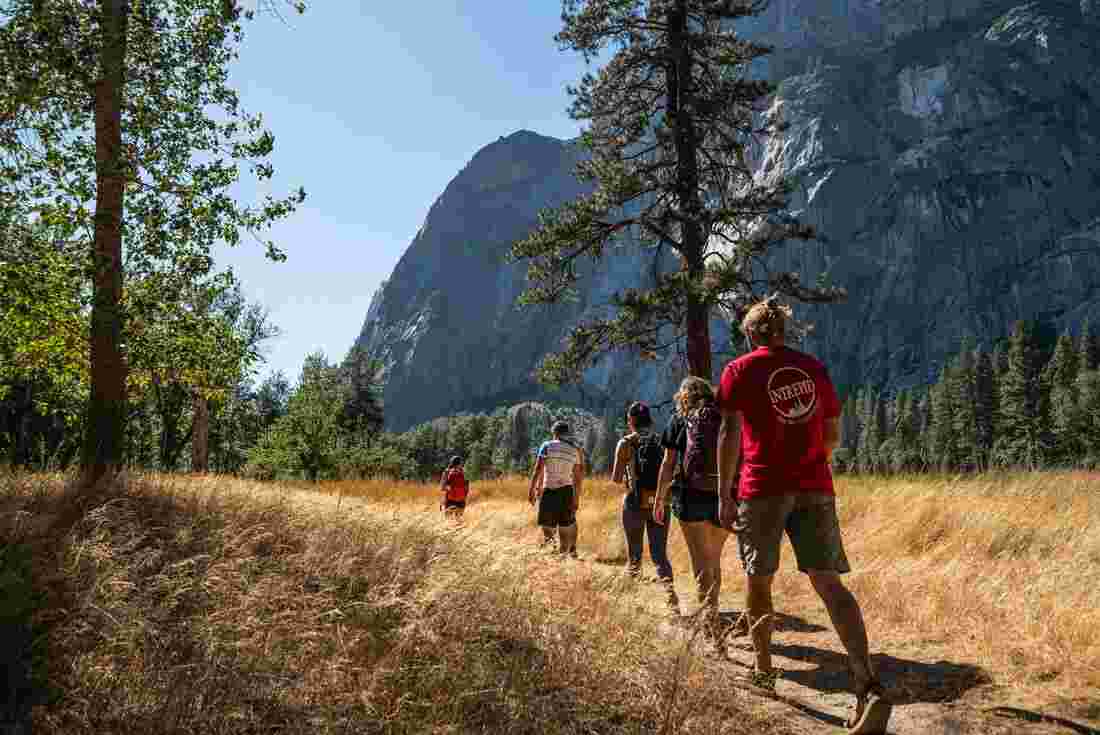 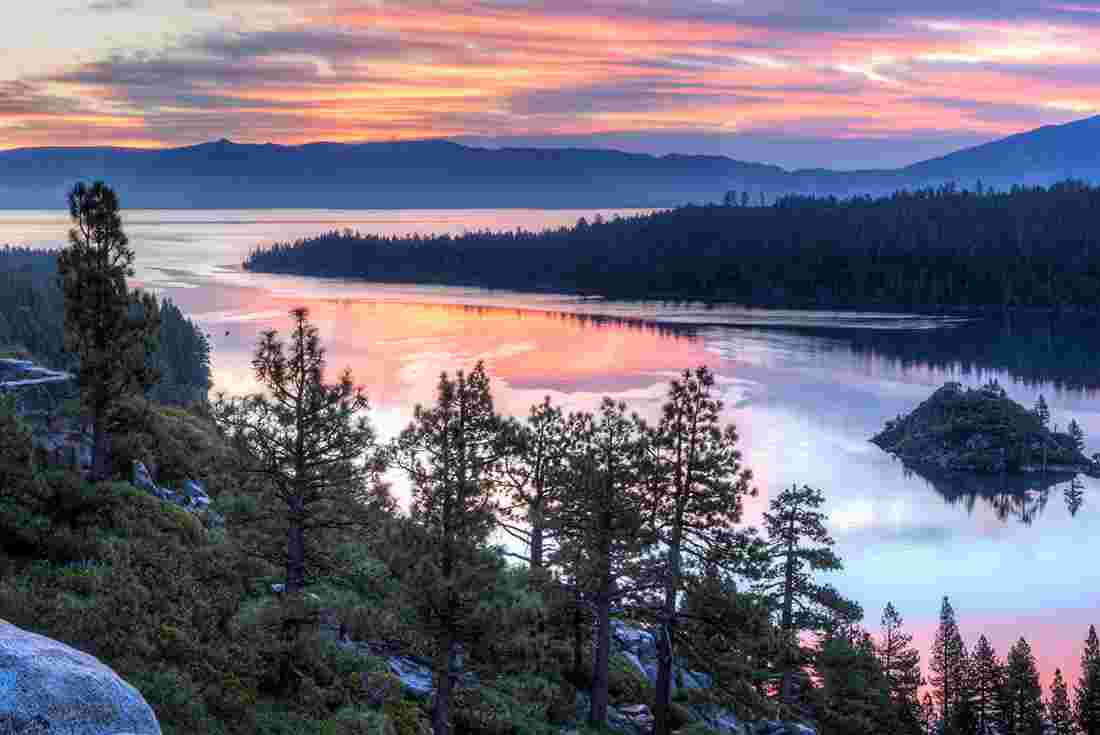 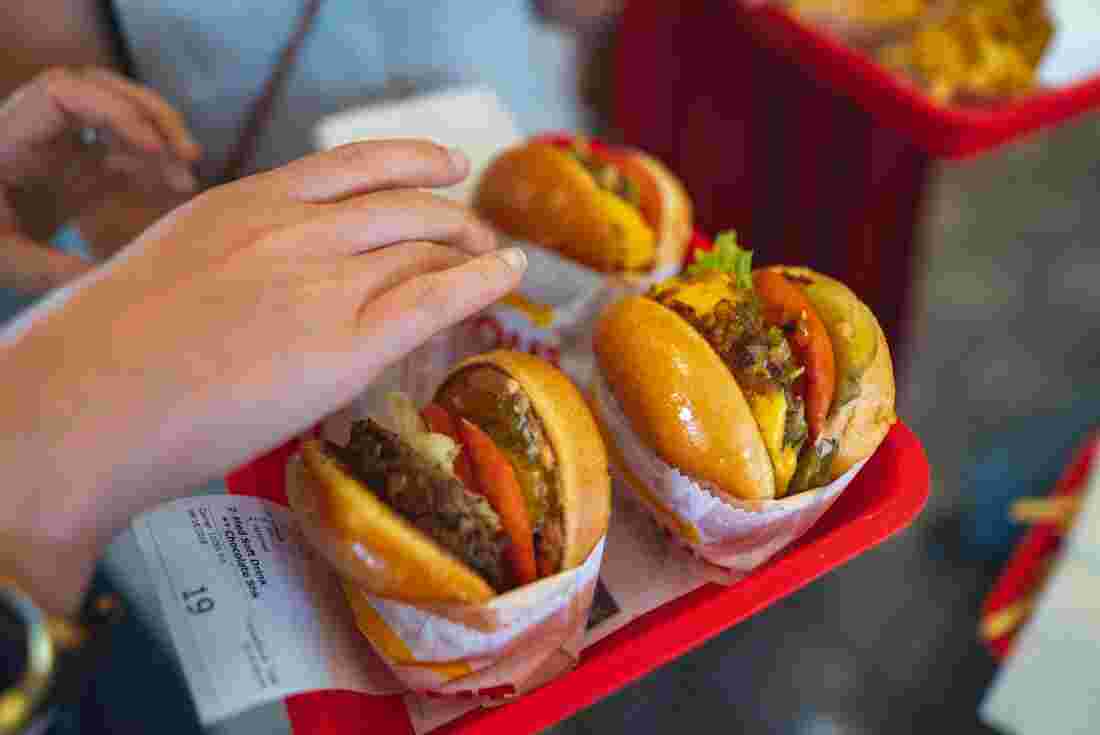 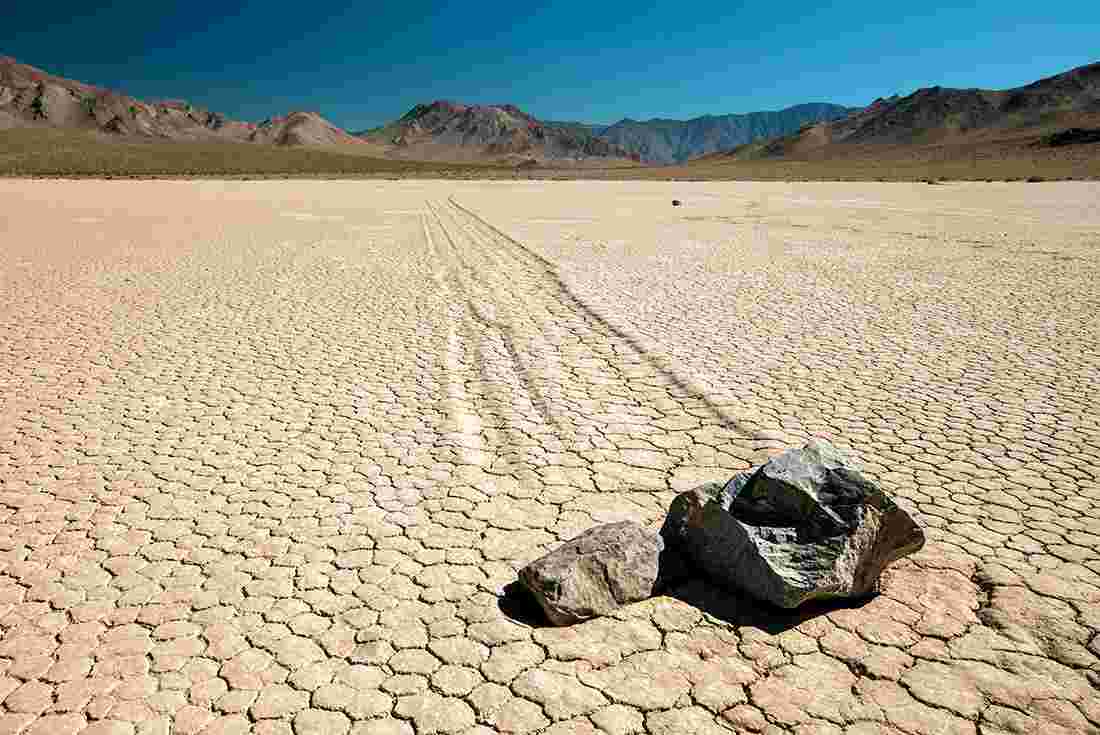 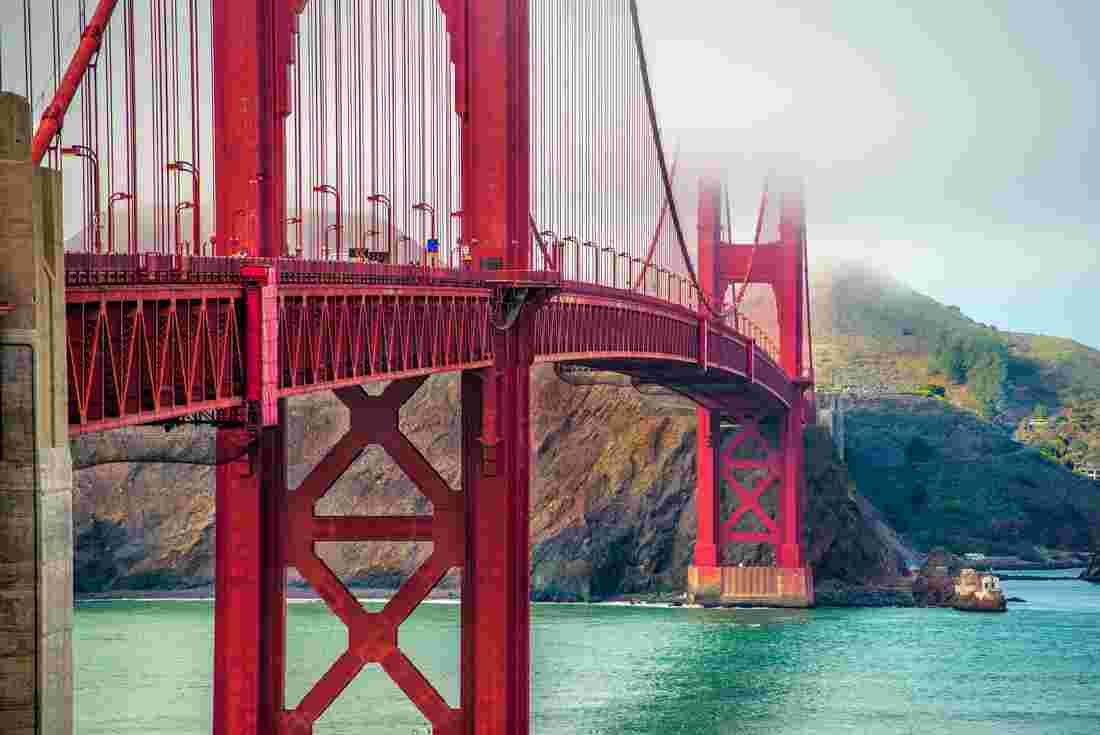 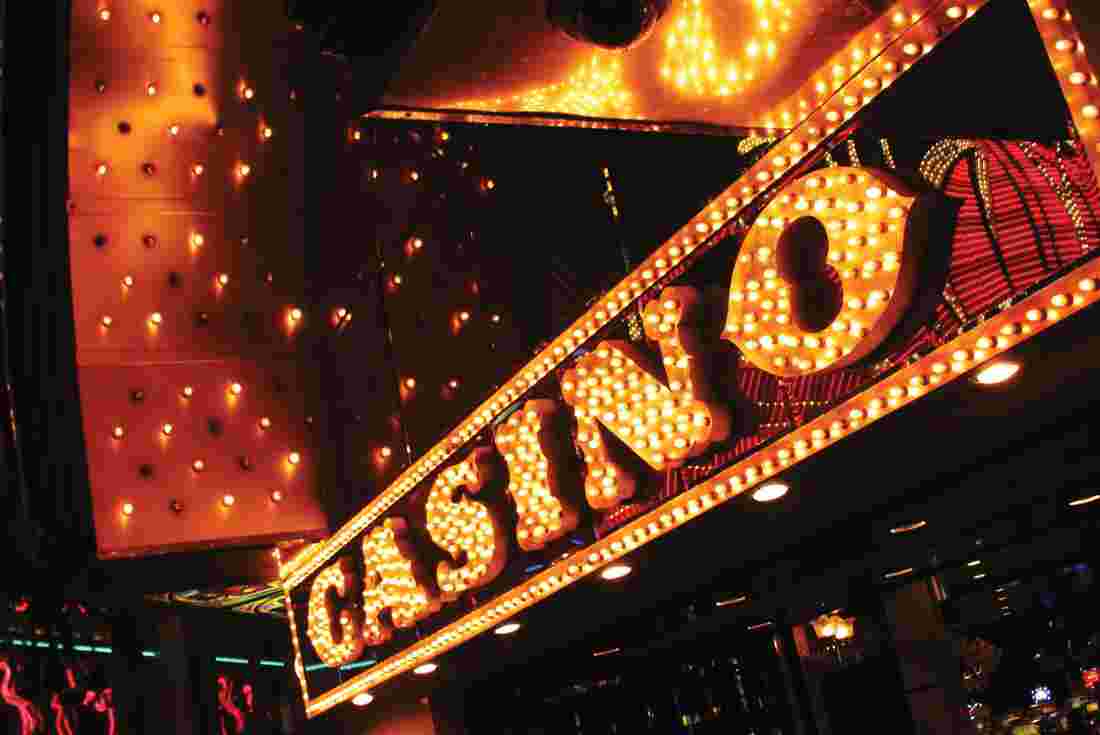 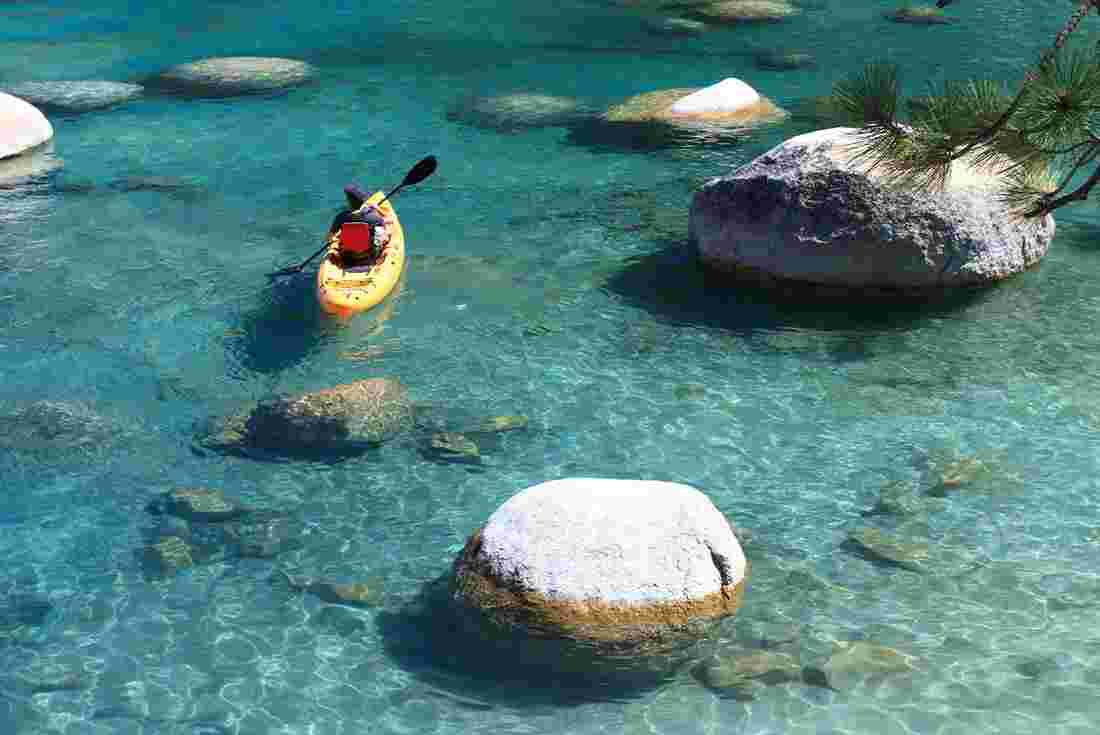 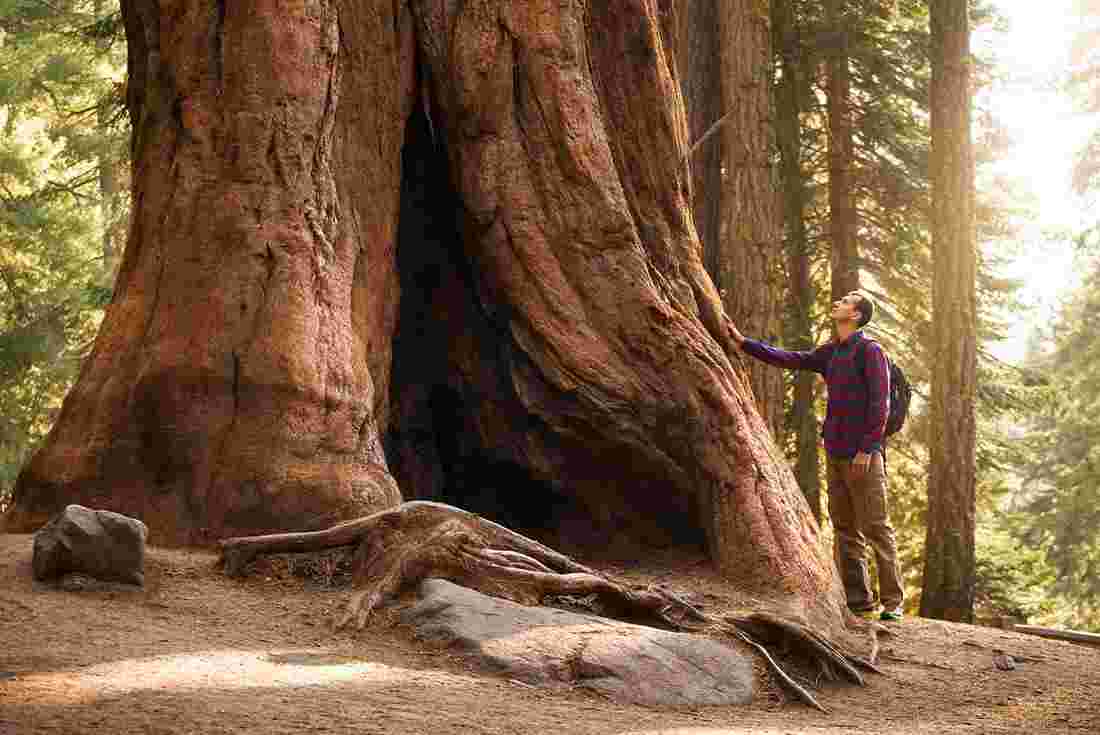 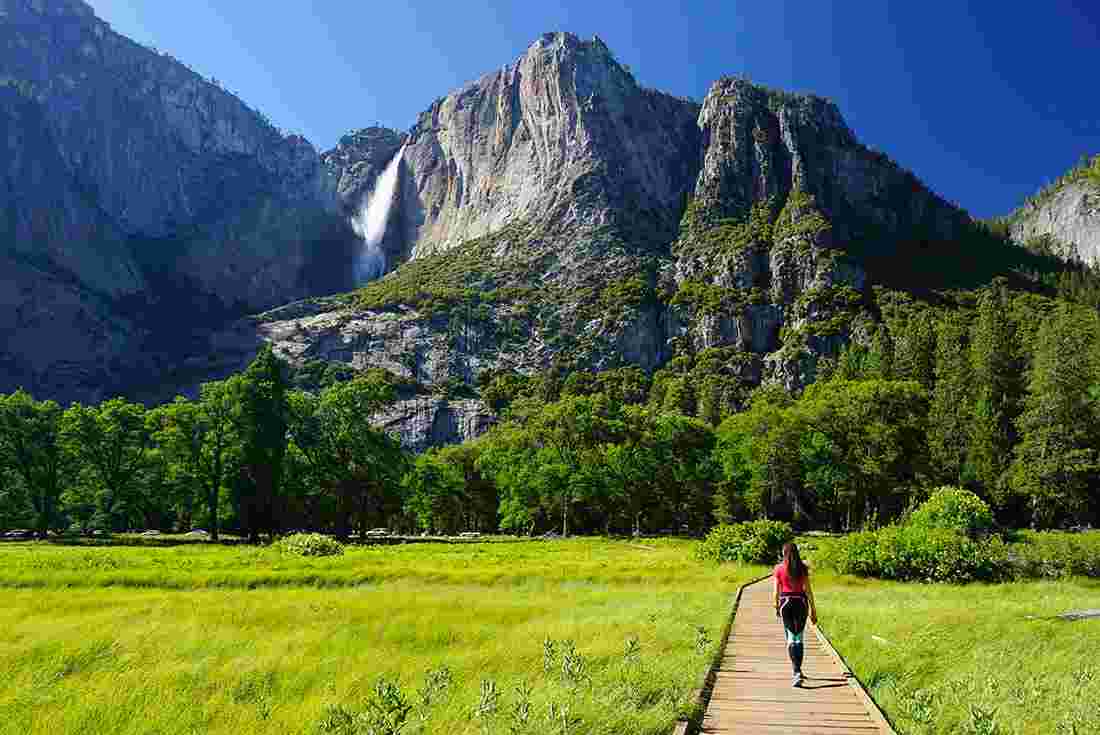 Welcome to San Francisco! A city with a storied history and plenty of eccentric characters – your adventure begins at 3 pm with an important welcome meeting, followed by a leader led tour through the hidden gems of Chinatown. Explore this iconic neighbourhood with a local who has all the insider knowledge on how its residents live, eat and drink. Indulge in treats and tastings as you sample authentic Chinese pastries – mooncake anyone? And learn about the powers of traditional Chinese tea with a tea master. Make your own fortune cookie while listening to the sounds of an erhu – a traditional two-stringed instrument – and snack on a delicious dim sim!

As there's very little time spent in San Francisco on this trip, we recommend you arrive a few days early to see the sights. We'll be happy to book additional accommodation for you (subject to availability). Consider doing our one-day sightseeing tours of San Francisco: urbanadventures.com.

This trip doesn't allow time for a visit to Alcatraz, so you'll need to make your own arrangements if you want to see the island prison. Tickets must be booked in advance, as they sell out quickly and numbers are limited. You can make your reservations online at alcatrazcruises.com or by calling +1415 981 7625 between the hours of 8 am and 7 pm, Pacific Standard Time (USA). We recommend reserving your tickets for the day before the tour commences.

This morning, explore the architectural landmarks of San Fran with a guided visit to the Palace of Fine Arts and the iconic Ferry Building – a historical monument home to an array of food stalls and eateries, then get your camera ready as you gaze upon the Golden Gate Bridge from the best view point in the city. After your guided tour, head across to Sausalito and stop for lunch (own expense) in Placerville – an old mining town with a notorious past, before continuing your drive to Lake Tahoe – the USA’s second-deepest lake and home to 116 km (72 miles) of scenic shoreline. This evening, (depending on the season) set sail on a sunset cruise around the stunning Emerald Bay and watch the orange hues glisten on the surface of the calm, cobalt waters.

Enjoy a day of leisure in Lake Tahoe, this natural adventure park has plenty going on all year-round which means there’ll be plenty of activities for you to choose from depending on the season. In summer, you can paddle on the clear, blue waters of the lake in a kayak or take a refreshing dip, and for the hiking enthusiasts – the surrounding hillside is perfect for scenic walks during the warmer months. During winter the area becomes a snow-covered playground where you can choose to take a sleigh ride or try your hand at ice skating. If you didn’t get chance to cruise around Emerald Bay yesterday, then (season dependent) try your hand at snowshoeing! An amazing way to explore the powdery white surrounds.

This morning, head south to the world-famous Yosemite National Park. Featuring colossal granite cliff faces, cascading waterfalls (depending on the season) and redwood forests, the scenery in Yosemite attracts travellers from all over the globe. On arrival, wander through the jaw-dropping Tuolumne Grove of Giant Sequoias, home to two-dozen of the largest known trees on earth. These colossal, ancient wonders are adapted for survival. They’re resistant to disease, thanks to a large content of tannin (a type of natural chemical) in the wood – and their thick asbestos-like bark means that they can withstand the hottest of forest-fires, making them almost indestructible. The resilient beauty of these redwood beasts makes them a phenomenal must-see on any Yosemite itinerary.

Enjoy a guided walk around the spectacular scenery of Yosemite National Park followed by a free day to explore. The breathtaking landscapes have made Yosemite a favourite among hikers for generations, and there are plenty of trekking routes on offer with varying degrees of difficulty. If you feel like breaking a sweat, the 5-hour hike to the top of Nevada Falls features plenty of switchbacks, and depending on the season, you’ll be rewarded with spectacular views of the cascading waterfall beneath the giant Half Dome. Feel like taking it easy? No problem, there are plenty of gentle trails on offer, like the one-hour walk to the popular swimming spot, Mirror Lake, Keep an eye out for squirrels (and watch for bears!) along the way. If you’d prefer, you can hire a bike and cycle around Yosemite Valley, stopping by the park's museum, photo gallery, shops and restaurants on the way. In the heat of summer, a nice option is a float down the Merced River on a raft followed by a few drinks at the local cafe. This evening, if the weather is right, join the group for an included pizza picnic in the park! Alternatively, warm up with a local meal in the cosy indoors.

Today there’s a chance to explore a different side of the park as you join your leader on a guided hike to Hetch Hetchy Valley. Tucked away in the northwest corner of Yosemite, Hetch Hetchy is a wilderness of cascading waterfalls, towering cliff faces and beautiful wildflowers. Boasting one of the longest hiking seasons in the park, the ecologically diverse valley attracts a fraction of the visitors in comparison to other more well-known hiking spots in Yosemite – which means it’s an ideal area for those who have extra time to explore the park in depth.

This morning, stop and admire the glistening waters of Tenaya and Mono Lakes on the drive south to Death Valley (approximately 6 hours). On the way to Lone Pine, perhaps stop at Manzanar National Historic Site, a former military-style camp where more than 110,000 Japanese-American men, women and children were detained during WWII. Continue to Alabama Hills – where colourful undulating peaks roll in the foreground of the contrasting jagged, snowy Sierras – this beautiful landscape is just a stone’s throw away from where you’ll be spending the night in Lone Pine – not far from the entrance to Death Valley. On arrival, there's the option to visit the Museum of Western Film History, which celebrates the many movies that have been filmed in the area, such as Iron Man, Django Unchained, How the West Was Won, and True Grit.

NOVEMBER – JUNE departures
During the months from November to June the Tioga Pass can sometimes be closed due to snow. During these months we will need to find an alternative route as the pass will be closed not allowing us to travel through the Eastern Sierras. The alternative route will be to go around the West Side of the mountains through Fresno visiting Death Valley on the way to Las Vegas.

This morning you'll explore the geologically rich Death Valley National Park. Don't let the name fool you, this park features huge sand dunes, canyons, sculpted rocks, valleys and volcanic craters. Death Valley is extremely hot and dry (the highest recorded temperature in the world was measured in local Furnace Creek at 56.6˚C in 1913) so remember to pack plenty of water and don't overexert yourself. For expansive views of the valley, you can hike to Dante's View, or perhaps visit the puckered, volcanic Ubehebe Crater. Continue your drive through Nevada to the glitzy desert city of Las Vegas – it may be a gamblers paradise, but if the tables aren't your thing there's still plenty to discover! Maybe wander along the Strip past impersonators, billboards and hotels to the choreographed Bellagio Fountain show, or perhaps head to a rooftop amusement park, hit the chain stores or lose all sense of time exploring the gaudy interiors of hotels like The Venetian, Caesars Palace and New York-New York. In the evening, why not join your travel buddies for an optional dinner!

There are no activities planned after breakfast this morning – perhaps indulge in an unforgettable helicopter trip from Las Vegas to the Grand Canyon – the trip includes champagne, beverages and a light snack, all served above the Colorado River. Or maybe you’d like to learn more about the history and evolution of gaming in Vegas on an Urban Adventure – join an expert local guide and get the lowdown on some of the most iconic casino games, pick up some insider tips and then learn how to play them yourself. From poker to pokies – you never know, you might hit big! Find out more at urbanadventures.com.

There are no meals included on this day.
Want to tailor this itinerary?

There are currently no scheduled departures on our San Fran to Vegas: Parks, Canyons, Valleys trip. If you are interested in other trips in the region visit one of the links below. 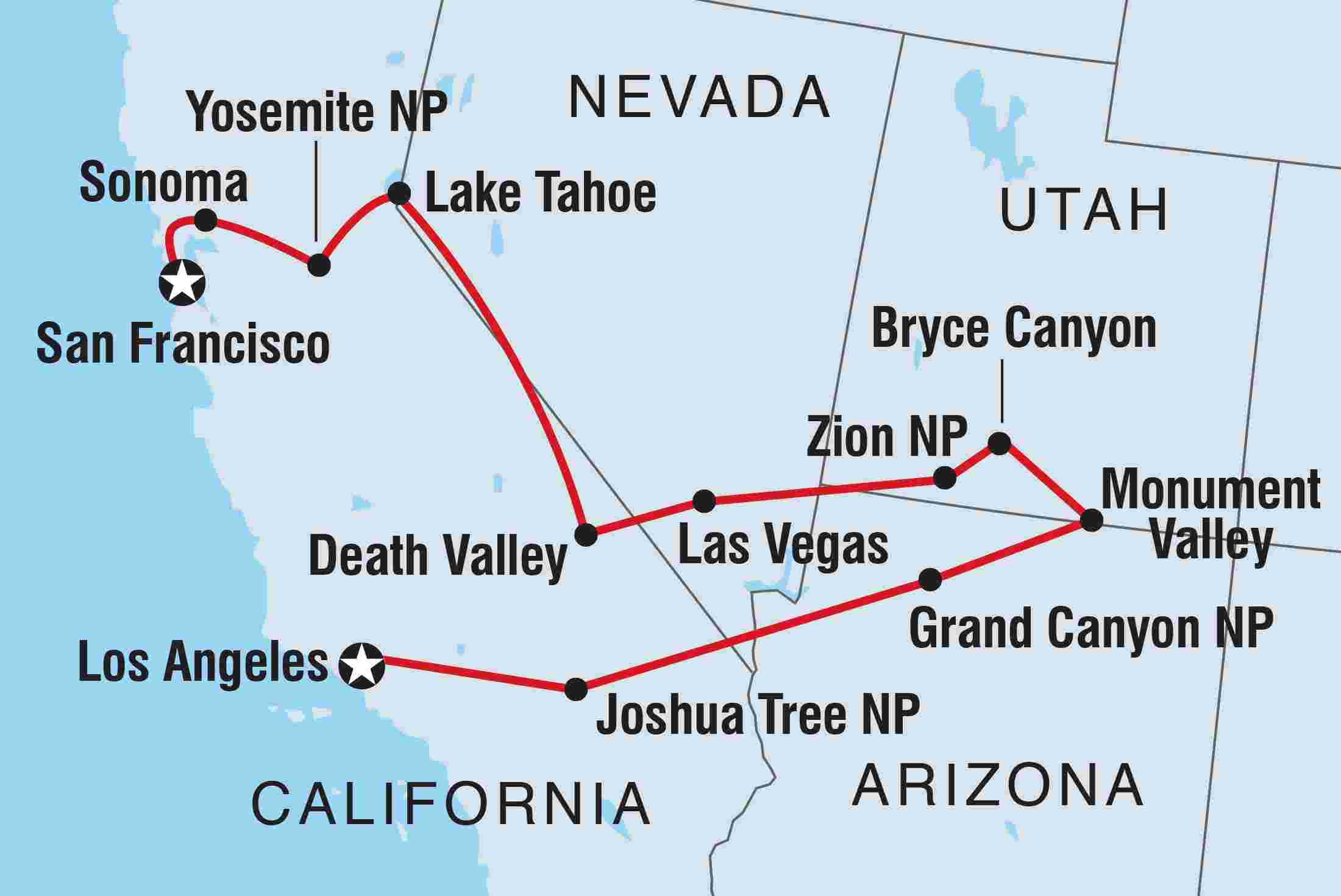 This is the best of the West. Trek through the diverse scenery of parks filled with...

1. Your adventure begins with a welcome meeting at 3:00 PM on Day 1 in San Francisco. This trip ends on the morning of Day 9 in Las Vegas.
2. Please note that the legal drinking age in the US is 21 and in some parts of Canada it's 19.
3. During the months from November to June the Tioga Pass can sometimes be closed due to snow. During these months we will need to find an alternative route of the pass is closed which means we will be unable to pass through the Eastern Sierras. The alternative route will be to go around the West Side of the mountains through Fresno visiting Death Valley on the way to Las Vegas.