Start in the world's most liveable city of Melbourne and head west on the iconic Great Ocean Road through the Grampians National Park to Adelaide. Hug the coastline from Adelaide to Perth, dropping into Port Lincoln for a frolic with the sea lions, or a dip with the great white sharks if you dare. Check out Esperance and Fitzgerald National Parks before cruising onto Perth via Wave Rock. 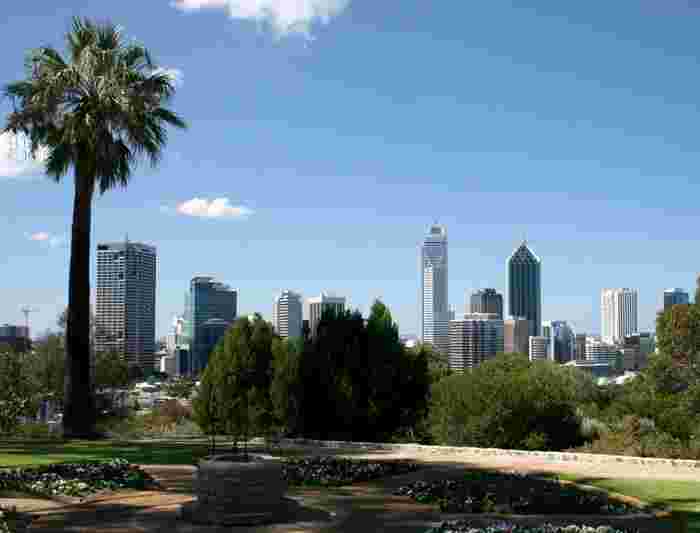 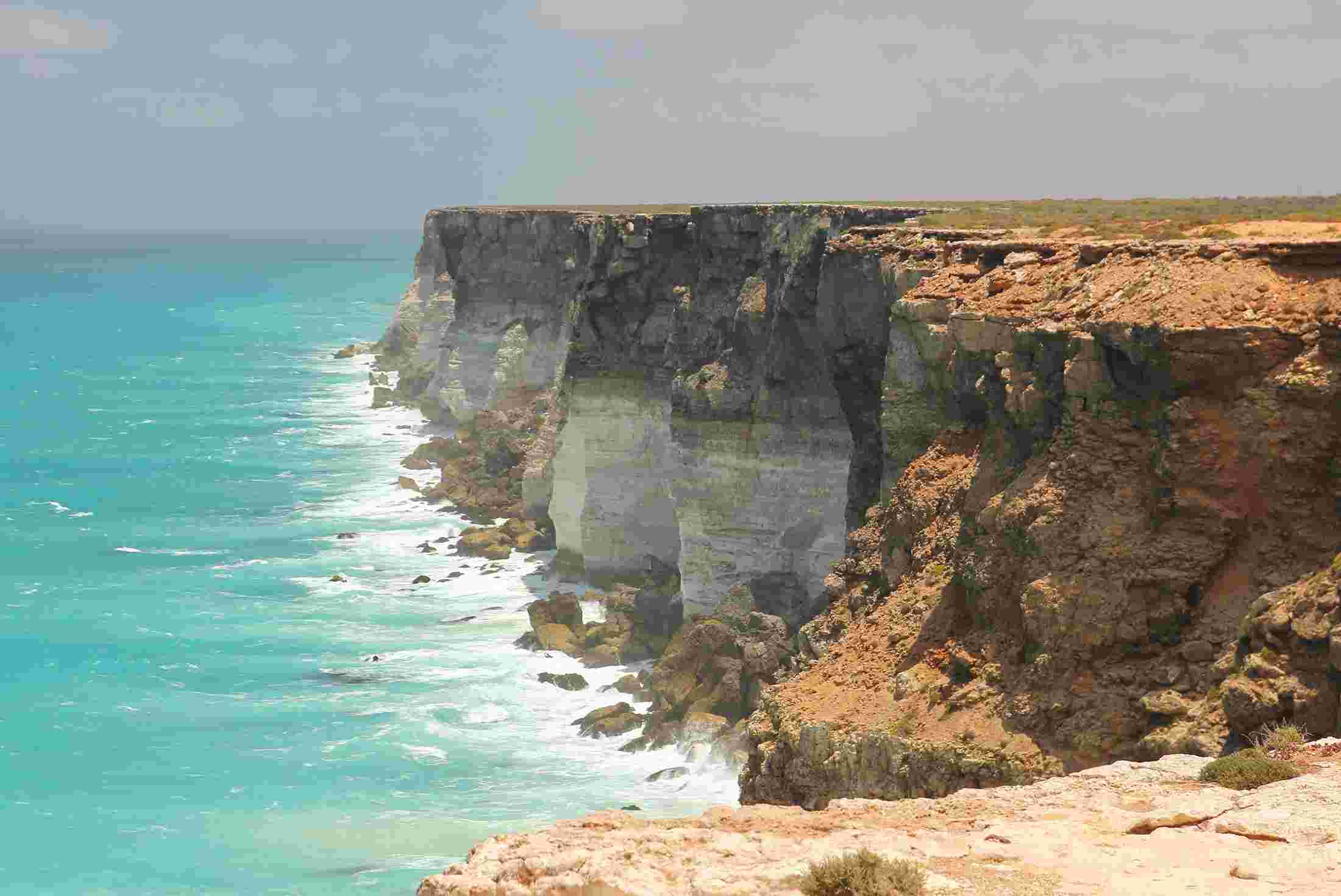 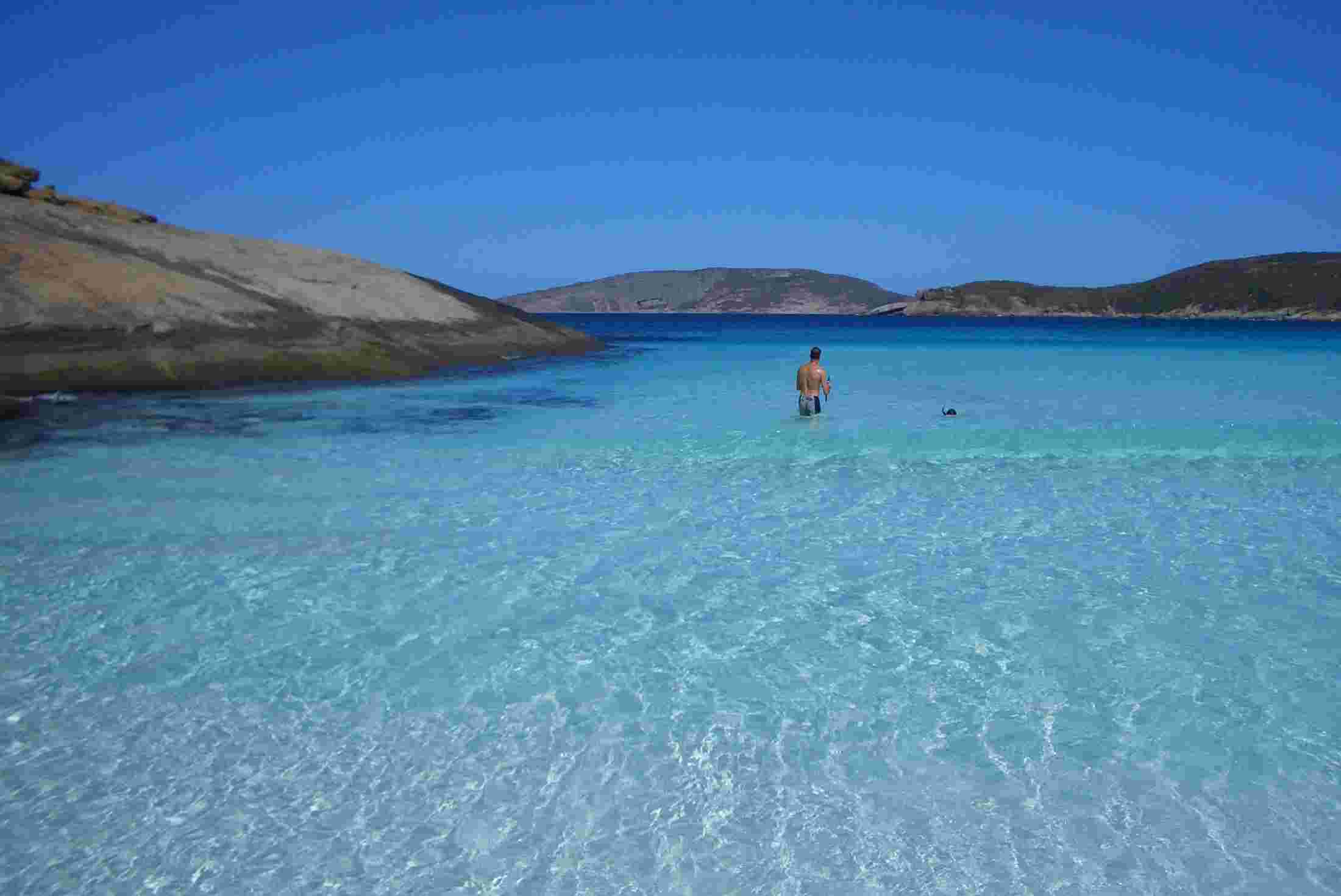 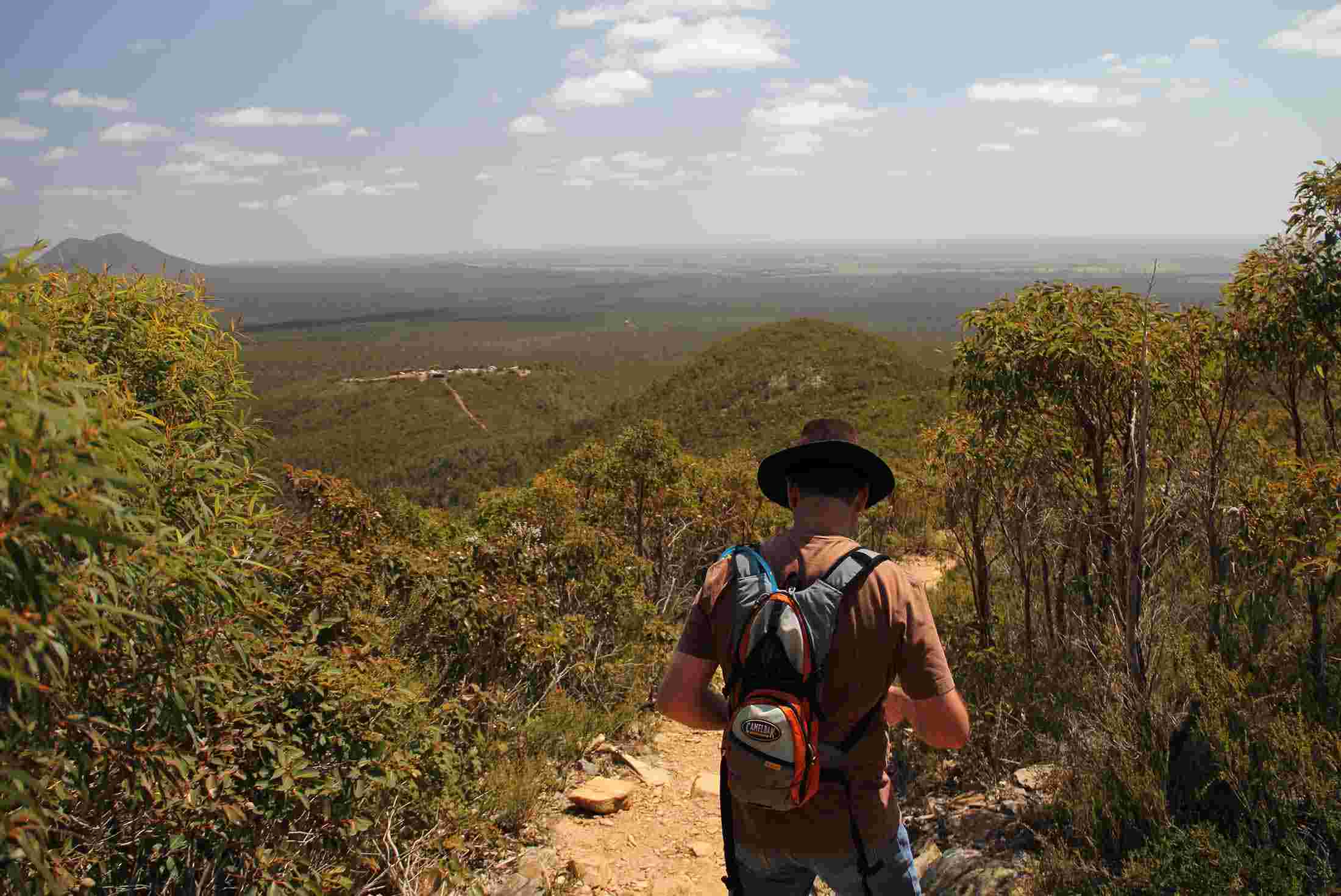 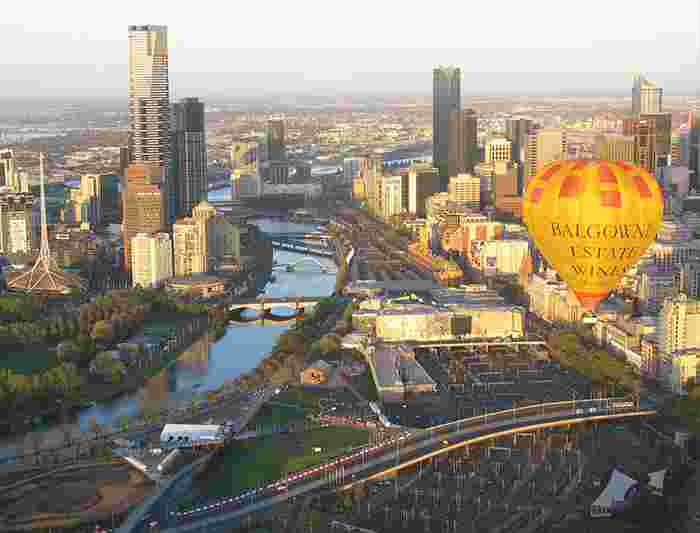 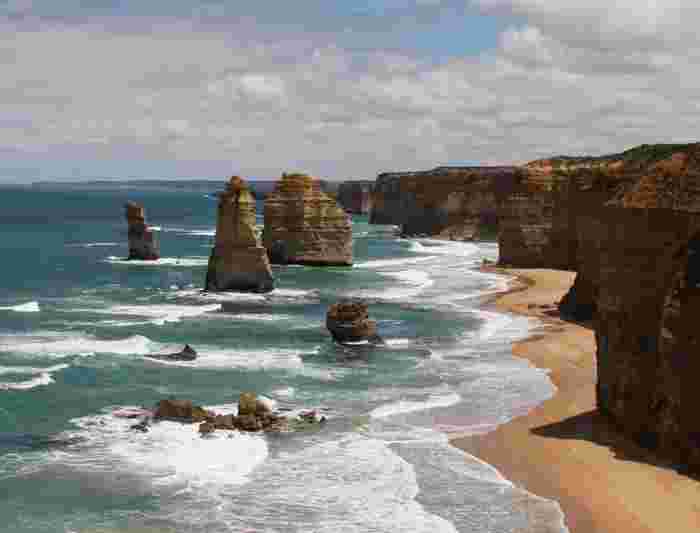 Departing Melbourne, hit the road west to Geelong and the famous surf town of Torquay. From there, begin the journey along one of Australia’s most beautiful and famous drives, the Great Ocean Road. Stop in at Kennett River for some koala spotting, then break for lunch in Apollo Bay. Continue on to the Twelve Apostles and Loch Ard Gorge, spending the night in Warrnambool.

Begin the day checking out more of the Great Ocean Road's wonders, then drive into the Grampians National Park – an area rich in Aboriginal culture and beautiful landscapes. We'll visit the Brambuk Aboriginal Culture Centre to learn about the period known as the Dreaming, then hike up to the Pinnacles for impressive views across the Grampians. Tonight we enjoy a traditional Aussie barbecue in Halls Gap.

Day 3: The Grampians to Adelaide

Hike up to McKenzie Falls, the highest waterfalls in the Grampians, and check out other sights such as The Balconies and Reeds Lookout. Leaving the Grampians, pass through the town of Horsham before crossing the famed mighty Murray River and making the last leg of the journey into Adelaide.

This is a combination trip, made up of two of our most popular trips. Some travellers will be leaving today and others heading on to the Eyre Peninsula and Perth in the morning where the makeup of your group and guide will change.

Journey into the rustic, rugged gorges, abandoned homesteads and Red Gums of the Southern Flinders Ranges. With a break at Clare for those that were unable to get their morning fix of coffee/tea we take a small break to do so. We then head north to one of the oldest mountain ranges on earth, the Flinders Ranges, where we venture to the bottom of Alligator Gorge and walk through the narrows and onto the terraces formed from an ancient seabed. Look for and feel the ripples of the sand still there in the rock today.

After lunch we make our way along the eastern edge of the range towards Warren Gorge, stopping for a break in Quorn. Quorn is home to the Pichi Richi Railway, which played an important role in linking the different gauges of railway line crossing the continent. It wasn’t until 1970 that the Indian-Pacific (Transcontinental) made its first unbroken run from Sydney to Perth. By 1980 the Pichi Richi line was obsolete. We stop at Dutchman’s Stern Conservation Park where we take the time to walk to the top of the range. Named by Mathew Flinders in 1802 for it’s resemblance of a Dutch sailing ship, this spectacular walk is a great way to finish the day and gives us our first real look to the West.

Tonight we roll out our swags and bush camp for the first time. There are only toilet facilities at the bush camp. No showers or electricity.

Today we drive approx. 400 km (4 hours) in total with stops along the way.

This morning you'll be picked up from the Adelaide Central YHA at 6:45am sharp.

Please have your bags packed and be ready out the front for an early departure.

The Eyre Peninsula is one of those great secrets many people have not yet discovered. Teeming with some of Australia's most amazing and outstanding real wildlife experiences, the lack of a major airport and too far to drive for most domestic travellers, this piece of paradise is one that only those who have been, can give that knowing smile of discovery of a very special place indeed.

Back on the road we pass through Port Augusta and onto Kimba. If you are lucky you might be able to spot the biggest galah you have ever seen! We will have lunch at Kimba and then we head for Talia Caves, a walk the south headland at Venus Bay and sand board the Lake Newland Sand dunes.

In the late afternoon we arrive at Coodlie Park Farm Retreat. This working farm has traditional cropping, sheep and a project of tree planting on their own land to offset their own carbon emissions.

Today we drive approx 250km (5 hours) in total with stops along the way.

For those wanting to experience one of Australia's most unique wildlife experiences of swimming with dolphins and sea lions. This incredible optional wildlife experience involves a four hour boat cruise. We find the friendly populations and swim and snorkel amongst them. There is nothing that can parallel the feeling of communing with wild creatures such as these. If you wish to take up this option please notify us in advance so we can make the necessary arrangements. As most passengers love to do this optional tour, the company has no other activity planned this afternoon, so if passengers do not participate they will be waiting on shore for the tours return.
Having had lunch at the picnic spot at Bairds, we head on to Streaky Bay for any additional supplies. We will then continue our journey to Ceduna.

Today we drive approx 200km (4 hours) in total with stops along the way.

Today we blend one of the world’s great road trips with the chance of more wildlife encounters. The Nullarbor Plain and the Great Australian Bight are two of Australia’s icons. Today we are heading into some of the remotest parts on the planet.

We cross the dingo fence, which runs a staggering 5320km from the Bight through to Southern Queensland and head through the Yalata Aboriginal lands. We stop and have your picture taken with the famous wombat, camel and kangaroo road sign, a photo of which has become the metaphor for those who like to really get out there.

We stop to take in the staggering sheer drop of the Bunda Cliffs where Australia suddenly and dramatically ends and drops into the ocean. After lunch, at the border where we must hand over all of our fruit and vegetables we travel on to Eucla and see the way the desert can devour an entire town and head west across Australia's great plain.

Settle in for a big day's drive across the plain. During one of the stops we will come across Baladonia, where you can read the fascinating story of Skylab. We drive further towards Norseman. Norseman is a small, sprawling town driven by mining and tourism and dominated by a huge tailings dump. We will have lunch at a look out, take in the fascinating view of Norseman.

After lunch we will be heading to Esperance. When in Esperance, the town can seem like a huge metropolis after five days out in the remoteness of the desert plain. The town is still remote but once you see the magnificent surrounds of the granite, bush and beach you can only wonder for how much longer this area can keep its quaint charm.

Today we drive approx 7 hours, with break stops along the way

Get set for some of Australia's most beautiful scenery. This area of Western Australia has no less than 9 National Parks which is testament to its beauty and uniqueness. We take in the most spectacular of all, Cape Le Grand National Park. Stunning blue seas mix with powder white beaches and secluded bays allow for stops and swims in what can only be described as a nature lover's paradise.

Get up early this morning and take a walk down to the beach. You might even encounter a kangaroo on the beach - it doesn't get any more Aussie than that!

Today we stretch our legs with a coastal bush walk, which gives us a great overview of the bays and beaches and a stunning views to the islands of the Recherche Archipelago.

We drive approx 10 minutes today, and walk for about three hours.

Kick-start the day with a hike to Frenchman’s Peak, where beautiful vistas span right across Cape Le Grand and the Recherche Archipelago. Locals reckon Frenchman’s Peak was named after the shape of French hats, but we’re not so sure. Refuel with a lunch stop at Lucky Bay, then settle in for the onwards drive to our Stirling Ranges campsite.

We drive for about 4 hours today, and walk for two hours.

See Western Australia’s version of the Great Ocean Road by seeing how the waves have an artistry all of their own when it comes to sculpture of the coast. Nature has down its amazing best on the coastline nearby Albany sculpting the granite into incredible formations that will have you reaching for your camera time and again. The Natural Bridge and The Gap are just two of the highlights.

Towering old growth forests once dominated the landscape of the South West and we get high in the treetops to explore this beautiful eco system. We take a tree top walk through the canopy of these huge trees almost 60m up in the air.

Then we head off to Shannon’s National Park for our overnight stay.

It is just over 5 hours from Lucky Bay to Stirling Ranges, with about one hour walking on the way.

We visit The Diamond tree for an early morning climb. Then onto the Margret River region.
After leaving the Forestry areas we head back towards the ocean and the delicious temptations of Margaret River and surrounding area.
Then it is off to our last campsite of the tour, listening to the Black Cockatoos and Kookaburras one last time!

Today we drive approx 5 hours making stops along the way.

An early morning stop is made at the surfer's paradise of Yallingup. We finish our 4000km road trip by heading up the Western coast. We visit Ngilgi caves, one of the big show caves of the region to get the low-down on the underground world. See the crystalline features of the stalagmites and stalactites up close and personal. We then get some insight from real experts on the country, the local Aboriginal people. This is a great opportunity to find out about the changes that have happened in the local environment and get a totally different perspective on the culture of the South West.

We recommend that you book a night for yourself in Perth tonight as although there are no formal activities planned it is usual for the group to get together and reflect on the big journey together over a few drinks and meal. We arrive late in the afternoon and flights should be booked no earlier than 9pm to be sure of making your flight out. There is no accommodation this night.

Today we drive approx. 5 hours, although driving through Perth city traffic can mean a slower journey than previously advised.

There are currently no scheduled departures on our Melbourne to Perth Overland trip. If you are interested in other trips in the region visit one of the links below.

1. This trip starts in Melbourne at approximately 6am and finishes on arrival in Perth on day 13 at around 6:00pm. We recommend booking a post nights accommodation and booking onwards flights/travel the following day.
2. This trip requires a sleeping bag, not available to purchase.
3. Adelaide accommodation is the YHA