Start your Brazilian adventure with a bang in Rio de Janeiro, a city rich in Afro-Portuguese culture and sun kissed beauty. Head to Lapa and dance on the street like there’s no tomorrow, grab a caipirinha and head to Ipanema beach, or climb Corcovado to see the great Christ Redeemer. Land on the cobbled streets of colonial Paraty and venture off the beaten path to Ilha Grande, a quiet island where lush green forests meet untouched sandy beaches. Wind up back in Rio to find the party is still going strong. Starring the best bits of Brazil, you’ll never want to leave this samba-loving country. 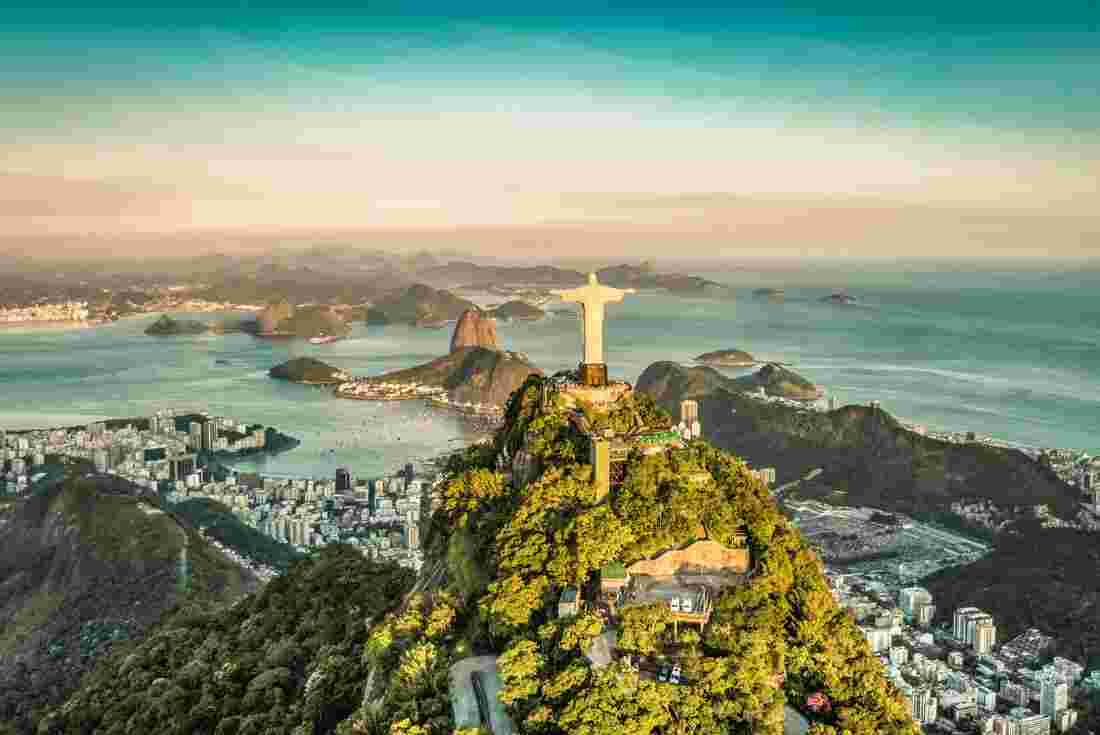 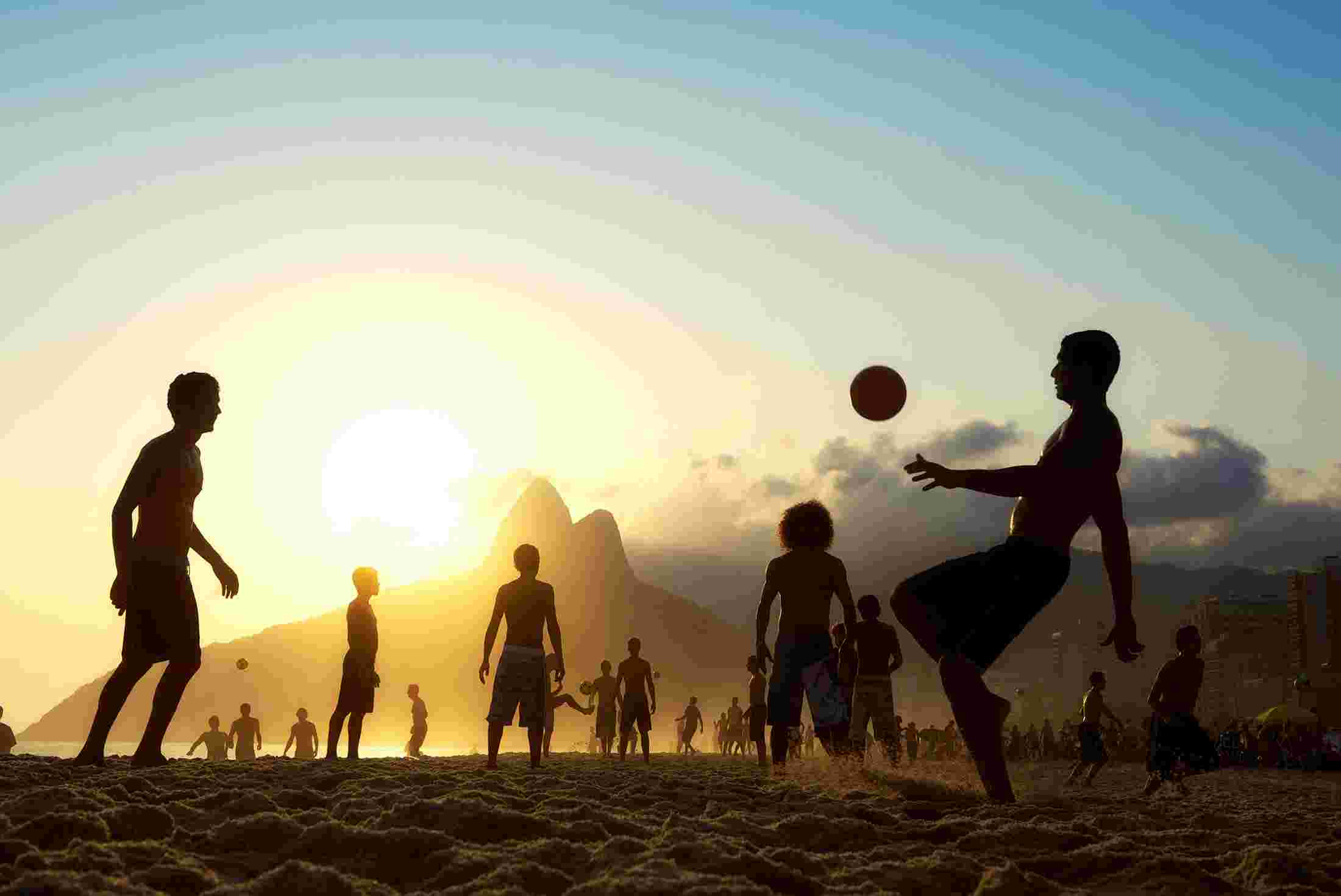 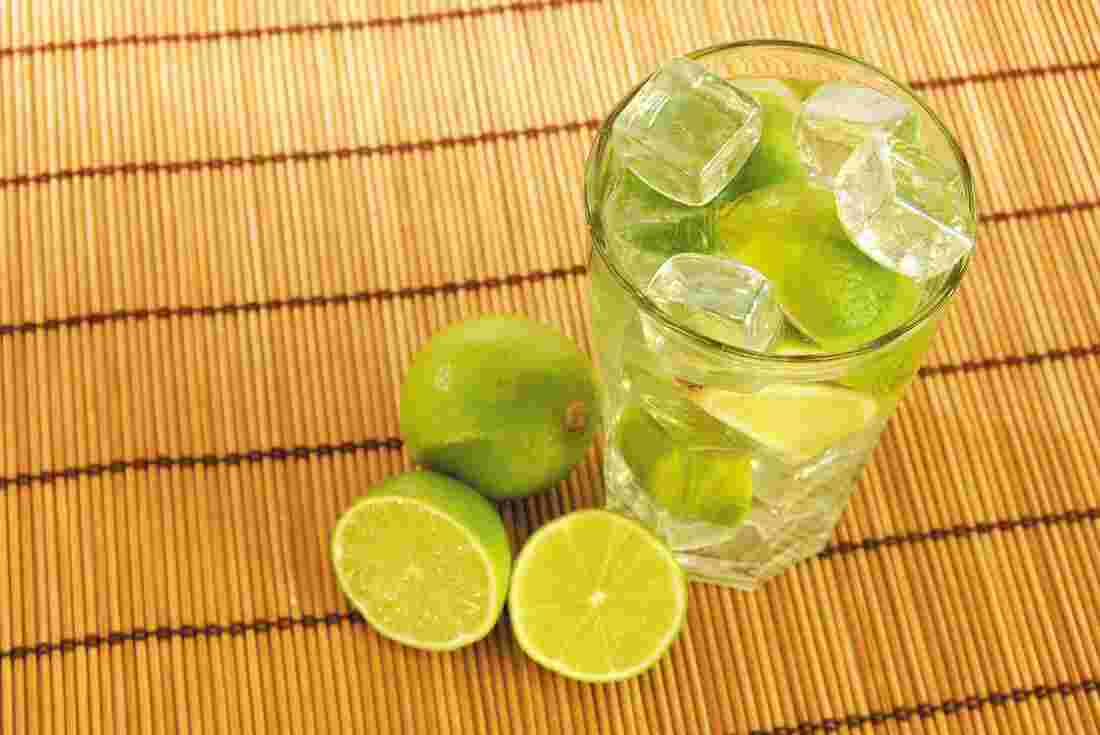 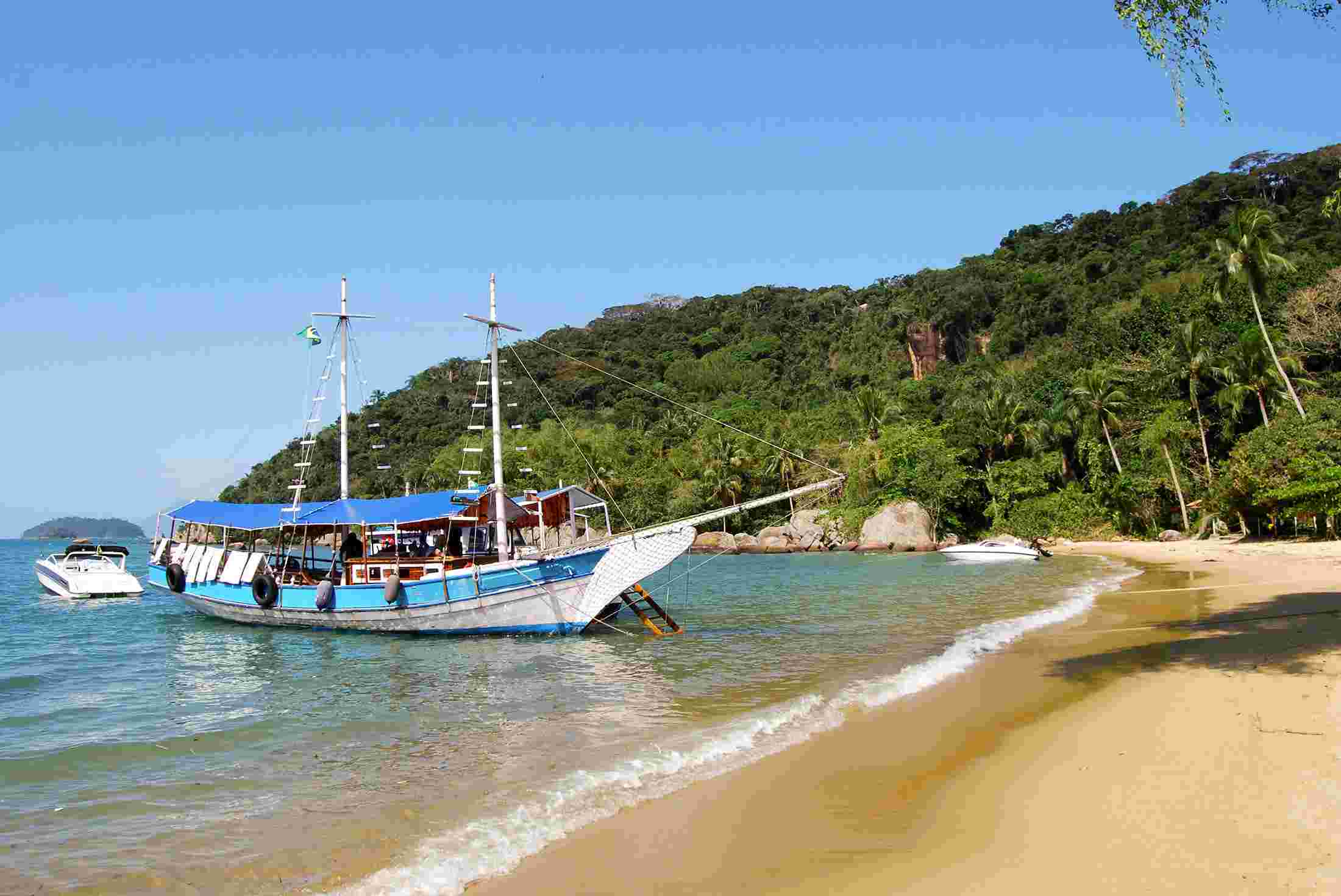 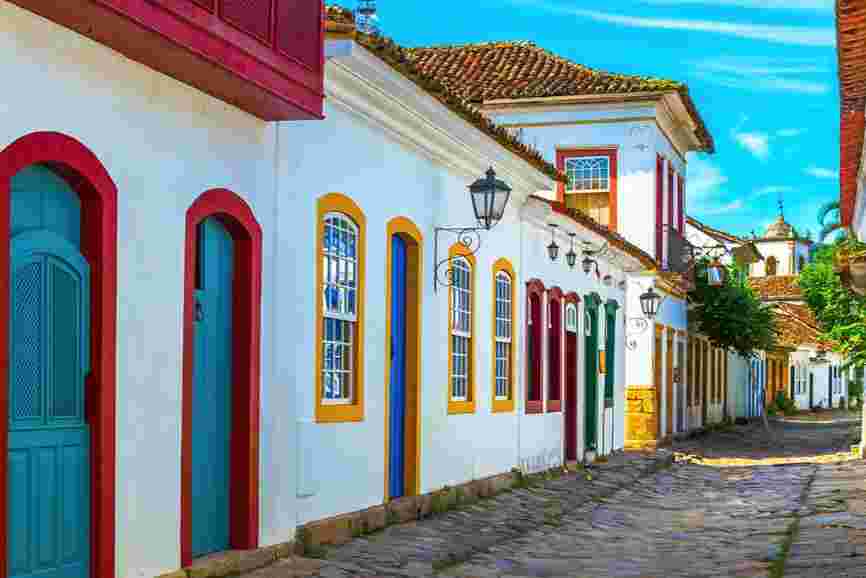 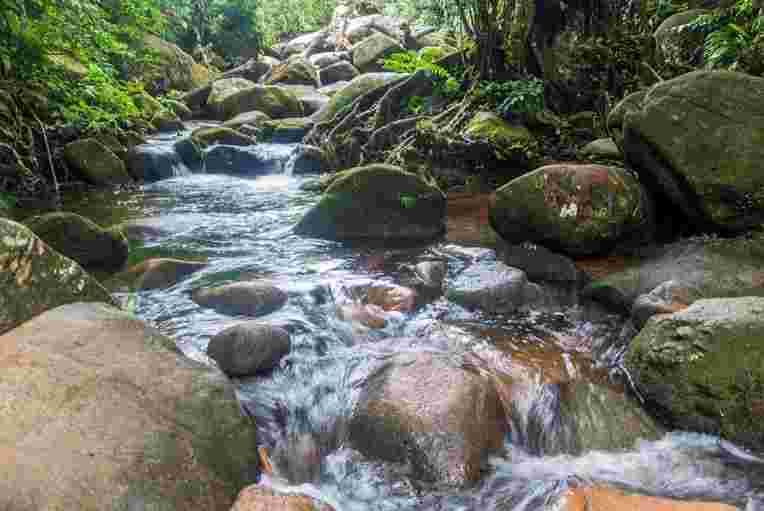 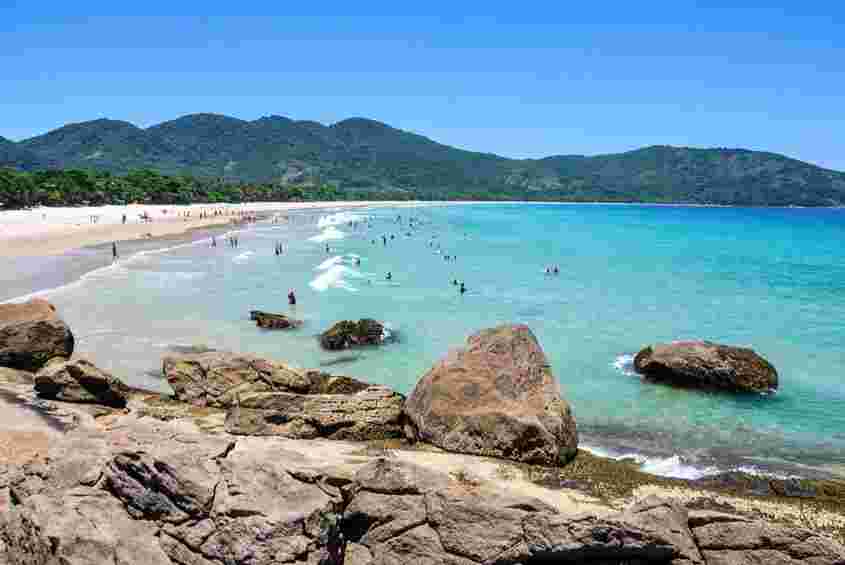 Your adventure begins at 1pm today. Your Tour leader will take you on an orientation walk around Rio. In the evening there will be a meeting at 6pm.

Take a local bus from Rio to Paraty (approximately 4 hours)
The remainder of today and tomorrow are free to explore Paraty. Admire the architecture as you wander along the town’s cobbled, pedestrian-only streets, which become partly covered in seawater at high tide. You might prefer to explore the rainforest trails in the surrounding national park, which is rich in wildlife and waterfalls. Perhaps take a boat trip on the island-studded bay for scenic views along the coast or join an excursion to the nearby village of Trindade, which boasts some of Brazil’s best beaches.

Today, take a shared transfer to Angra followed by a ferry to the island getaway of Ilha Grande (approximately five hours). This island paradise of pristine beaches and rainforest has been largely untouched by development. There are no private cars or banks on the island, so make sure you bring cash with you. Previously a pirate's lair, a leper colony and a prison for violent criminals, the island has a fascinating history to uncover. The ruins of the prison can still be seen today.

Enjoy two full free days to explore Ilha Grande. Wander along rainforest trails to beautiful and remote beaches; Lopes Mendes and Aventureiro Beach are among the most scenic. Take an optional boat trip out to the Blue Lagoon, beach hopping through Ilha Grande Bay along the way. There are plenty of opportunities to stop for fresh seafood, and to swim and snorkel in the clear water. In the evening relax with a caipirinha at a restaurant or bar in Vila do Abraao, which is the island’s main town.

Board a boat to the small port of Mangaratiba today, and from here take a minivan back to Rio de Janeiro. The total journey should take about three-and-a-half hours. The rest of the day is free to explore or simply hit the beach and relax.

Today your South American adventure comes to an end. There are no activities planned and you’re able to depart the accommodation at any time.

There are currently no scheduled departures on our Best of Brazil trip. If you are interested in other trips in the region visit one of the links below.

Prepare yourself for the ultimate South American adventure starting in Ecuador. From...

1. This trip starts with an Orientation Walk on Day 1 at 1 pm.
2. Full passport details are required at the time of booking in order to purchase tickets to certain sites. Additionally on certain trips it's needed to book bus, train or flight tickets. Delays to provide this information may result in booking fees or changes to your itinerary.