While most of the world wasted their time dreaming of hoverboard-mounted lasers, joining wild pyramid schemes and listening to Milli Vanilli, two mates from Melbourne spurned these distractions and instead turned their youthful, entrepreneurial beards toward the thing they loved the most – travel. 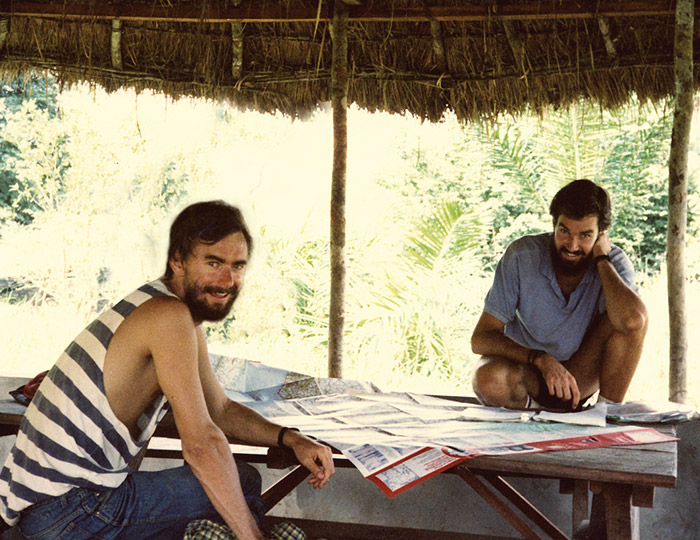 Darrell and Manch were their names, and adventuring was – lucky for us – their game.
Perhaps inspired by the impending release of Indiana Jones and the Last Crusade, the pair decided to up the ante on their adventuring and set off for the wilds of Africa.
Forgoing the comfort of an air-conditioned bus, they modified an ex-council truck and crammed it with friends, supplies, a handful of aviator sunglasses and a case or two of beer. It was to be the greatest road trip since Bill and Ted’s Excellent Adventure, which had come out a few months earlier.
At some point during the trip, Darrell and Manch took off their flap-back sunhats and put on their world-changing sombreros.
“Hang on”, they most likely said, their mouths only just visible beneath their robust facial hair, “could this type of travel be something others would be interested in?” 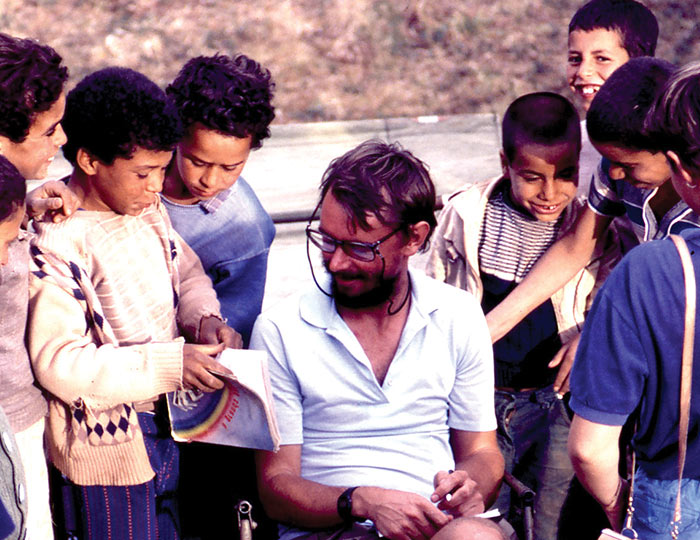 Yep, just like Dr Jones, the pair had seemingly stumbled upon the holy grail of travel, and thankfully their attention spans were longer than their tiny, tiny shorts. Intrepid was formed not long after.

The rest, as they say, is history. Today, Intrepid sends over 100,000 travellers across the globe each year and employs more than 1,000 staff (many of whom don’t even have beards). And while Indiana Jones got bored of travelling after only three adventures (we don’t talk about the fourth), Intrepid is still adding to their list of 800 different itineraries across Europe, Asia, Africa, The Americas, The Middle East, Australasia and Antarctica.

What’s in a name?

Back when we were thinking of what to call ourselves, the word ‘intrepid’ seemed to perfectly encapsulate the type of adventures we wanted to create. And although we were worried that it made us sound a bit too much like we were ‘roughing it’, we decided it was the best way to describe our style of travel. So we stuck with it.

You’ve probably figured out that it’s a passport stamp, right? Well, yes. But it’s more than that. See those two little buildings at the bottom? The one on the left is a Turkish minaret and the one on the right is a Thai chedi. These represent the two countries that inspired Darrell and Manch to give up their day jobs and try their hands at adventure travel. Those two little buildings have been there right from the start, on the front of our first store, the cover of our first brochure and the side of our first bus.