Home » What’s happening in Cuba and what does it really mean for travellers?
Features

What’s happening in Cuba and what does it really mean for travellers? 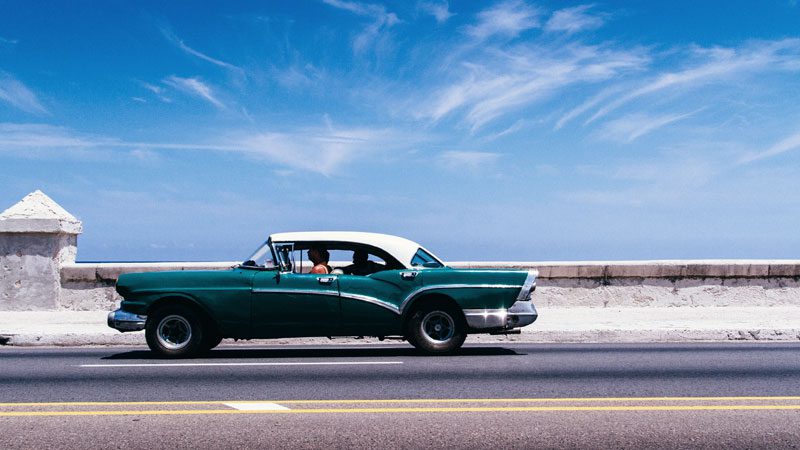 A “new chapter” in Cuba-US relations was rung in this week by media outlets the world over, with President Obama stating: “We are choosing to cut loose the anchor of the past, because it is entirely necessary to reach a better future – for our national interests, for the American people, and for the Cuban people.”

Having shunned Cuba for half a century, the fact that the US is resuming talks is historic news indeed. As well as a monumental spy-swap* between the countries, the US has put forward plans to, amongst other things, ease travel restrictions** for US citizens to Cuba, make efforts to lift the 54-year-old economic embargo, and set up a US embassy in Havana.

What does the ‘easing’ of the travel ban mean for Americans hoping to vacation in Cuba now?

Nothing, really. Of the 12 categories of travel rights that are being expanded, tourism is not one of them. The conditions under which US citizens can visit Cuba – as they were able to before this week’s announcements – include: if you are visiting family, if you’re a journalist, if you’re conducting research or professional business, for educational or religious activities, for performances, clinics, workshops, athletic and other competitions or to assist with humanitarian projects. 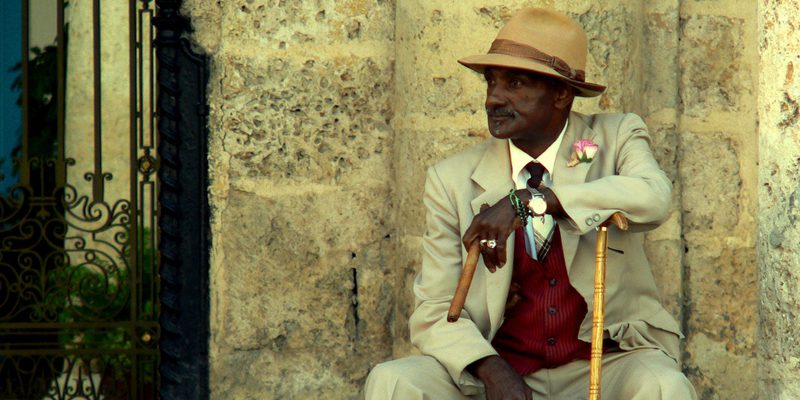 But if you do fall into one of the above categories and have one of the two licenses required for travel to Cuba, you can now bring back more rum and cigars (but no more than $100 worth), with the total import limit set at $400. Before this week’s announcement, you couldn’t bring anything back.

Another piece of good news for those lucky enough to make it to the island is that US banks can now set up accounts within institutions in Cuba, meaning visitors can use their own credit and debit cards whilst on the ground. Before these changes, it was difficult for travellers to access funds whilst in Cuba.

As far as we can tell, American citizens who choose to violate the leisure travel ban will still be liable for enormous fines (up to $250,000, in some cases). For all the hoopla and hype surrounding this week’s announcement, it actually means very little for your average American leisure traveller. 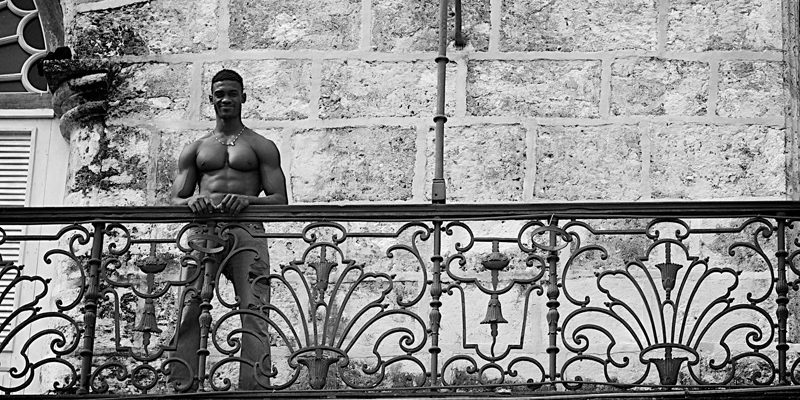 Locals are reportedly happy at what the announcement could mean for Cuba’s future | Image c/o Magdelena Roeseler, Flickr

What does the ‘easing’ of the travel ban mean for Americans hoping to vacation in Cuba in the future?

As of right now, not much. It means that there’s a possibility the US may lift the travel ban at some point in the future, but when and to what degree is anyone’s guess.

What does the ‘easing’ of the travel ban mean for non-Americans hoping to vacation in Cuba now?

As above, it’s unlikely the US will lift the travel ban anytime soon. But if and when it does happen, the face of Cuba could be changed for good. Right now, due to its economic and political isolation up to this point, Cuba is locked in something of a timewarp. And for better or for worse, it’s this that lends Cuba it’s allure.

Cuba is also the world’s most faithful manifestation of traditional communist ideals and – in a world in which even Russell Brand has begun preaching his distaste for the capitalist model – it represents the best opportunity for travellers to experience, albeit temporarily, a different economic system.

Once – and if – the floodgates open, there’s a risk Cuba could turn in to just another overcrowded holiday destination. Our advice to travellers who want to see the Cuba you’ve heard so much about? Go sooner, rather than later. 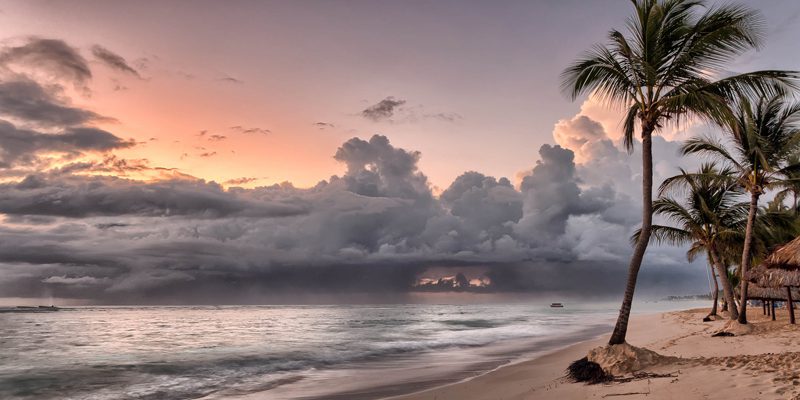 A deserted paradise, but for how long? Who knows. (We don’t) | Image c/o Joe DeSousa, Flickr

Will the embargo be lifted anytime soon?

Not likely. It can only be lifted with the approval of both the US executive branch and Congress. And, despite Raúl Castro’s request to Obama to get it lifted, it’s not looking like it’s going to happen anytime soon.

A White House senior administration official said this week: “We start from the premise that the collective policy known as the embargo hasn’t worked. We support efforts to remove those restrictions. However, we understand that Congress is unlikely to take those steps in the immediate future.”

The normalizing of Cuba-US relations has also left Congress somewhat split, with Marco Rubio, a Cuban-American (anti-Castro) senator quoted as saying: “I’m committed to doing everything I can to unravel as many of these changes as possible.” 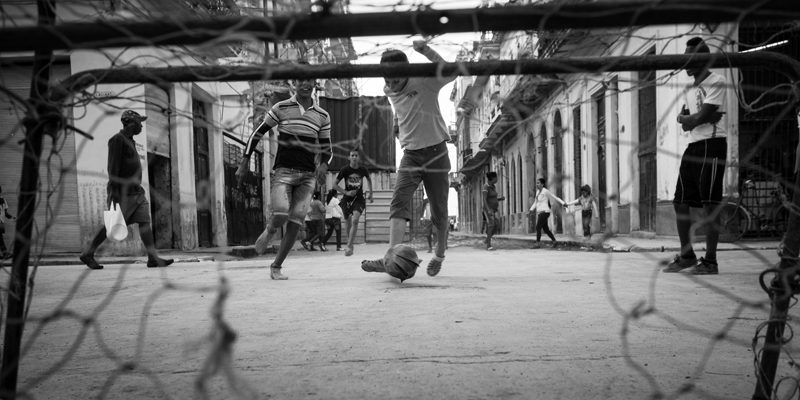 So what’s all the fuss about?

From a political perspective, the fact that Cuba and the US are having such a dialogue at all is big news. For decades the US has eschewed Cuba and attempted to cripple its economy, assassinate it’s leaders (the CIA have attempted to assassinate Fidel Castro on over 600 occasions), and discredit Cuba’s communist government (whom, despite achieving one of the world’s highest literacy rates and standards of public healthcare, has been tarnished with a questionable history of human rights).

From the perspective of the Cuban people, the proposed changes could have some positive impacts on their lives. “The general feeling amongst Cubans is one of excitement,” says Dadisneiby Rodriguez, one of Intrepid’s Cuban leaders. “Change can only be good for us. We are very aware that this will be a long process – but we are over the moon that the first steps have been taken.” 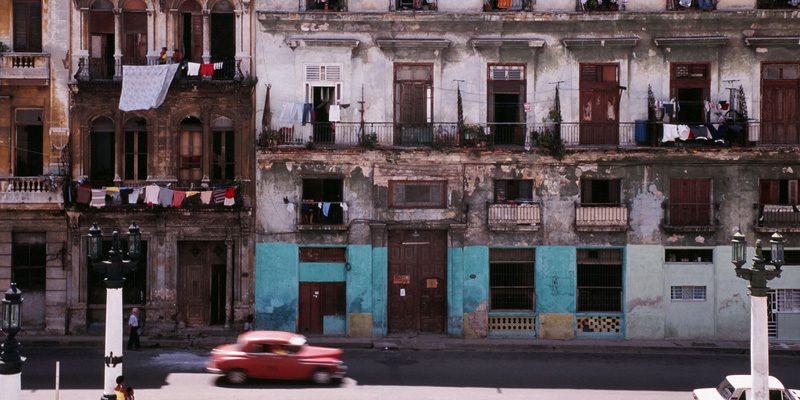 Cuban Americans can now send quadruple the amount of money home ($2,000), which could prove a big boost to the struggling Cuban economy. And with both of Cuba’s trading partners – Venezuela and Russia – now struggling economically, this couldn’t have come at a better time. Better access to telecommunications could also prove a boon for the Cuban people – internet access has historically been extremely limited in the country.

From a travel perspective, travel to Cuba is easier for Americans who could already travel to Cuba. As mentioned above, they can now take home up to $400 worth of Cuban goods, $100 of which can be alcohol or cigars. They can also use their own credit and debit cards on the ground to withdraw money. That’s about it on the travel front. Despite news stories to the contrary, there is little to suggest that visiting Cuba for leisure will become much easier for your average American vacation-seeker anytime soon.

The verdict? We’re not really sure how much is really going to change, but anyone who can legally travel to Cuba should probably get there soon as they can. Just in case.

* In exchange for releasing Alan Gross, a US citizen (whom Raúl Castro’s government suspected of spying) detained by Cuba since 2009, and an unidentified US spy, the US released three Cubans (the remaining members of ‘The Cuban Five’) convicted of spying.

** It’s worth mentioning that, contrary to popular belief, American citizens aren’t actually banned from travelling to Cuba for leisure. The US government tried to pass the ban in 1963, but concluded it was a violation of US constitution. Instead, the US banned citizens who want to travel to Cuba for leisure from spending money on the island. It’s pretty tricky to go on holiday without spending money. The theory back then was that Cuba might use tourists hard-earned for ‘subversive’ activities. Apparently, they still think the same of Castro’s government, despite these recent ‘breakthroughs’. But for the sake of not getting our heads in a spin, we’ll just refer to the US restrictions as a ‘travel ban’.

Disclaimer: Intrepid Travel in no way promotes the illegal passage of US citizens who do not fall under one of the above 12 categories to Cuba.

Can you help me get a religious studies license? I did it once, about 4 years ago, and would LOVE to go back!