Home » Top 8 things to do in Hue, Vietnam
Guides

Top 8 things to do in Hue, Vietnam 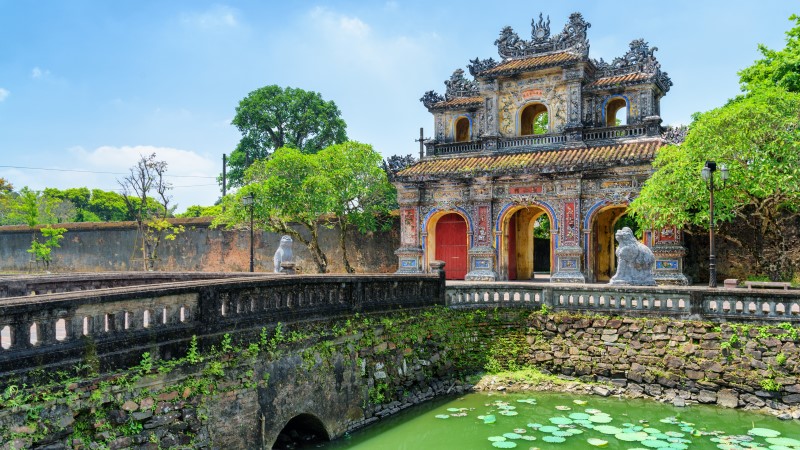 Step aside Hanoi, move over Halong Bay – it’s time to shine a light on charming Hue.

Once home to the Nguyen Dynasty, the last ruling family of Vietnam, Hue was also the country’s capital during their 1802-1945 reign. Not to mention it was the battleground for one of the longest and bloodiest fights in the Vietnam War. These factual nuggets alone are enough to make you realise this city comes soaked in history.

Regardless of whether you’re a history buff or not, Hue has a lot to offer. Never heard of it? Here’s just a handful of great things to do that’ll get you itching to go there. 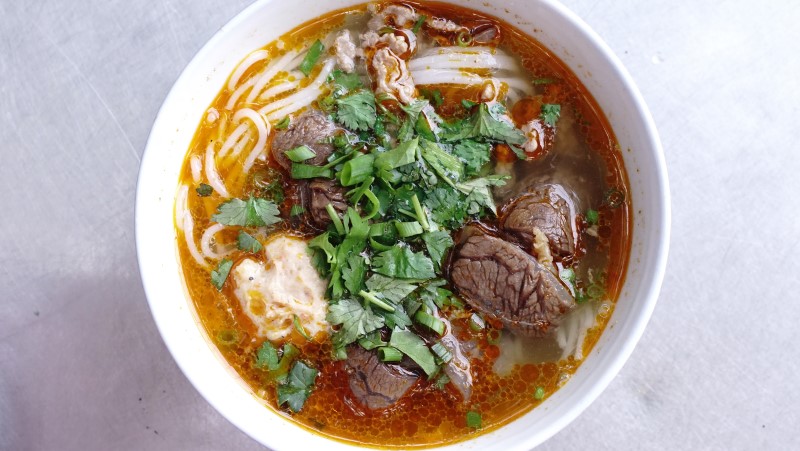 What I love about Vietnam is that there’s a different local dish to be tried in each region. On menus in Hue, you’ll come across delicious bun bo hue, a firm favourite with the former royal court. The perfect balance of flavours, its key ingredients include rice vermicelli, beef, fermented shrimp sauce and lemongrass. A bowl of this steaming broth is the perfect round off to a busy day spent exploring.

2. Amble around the Imperial City 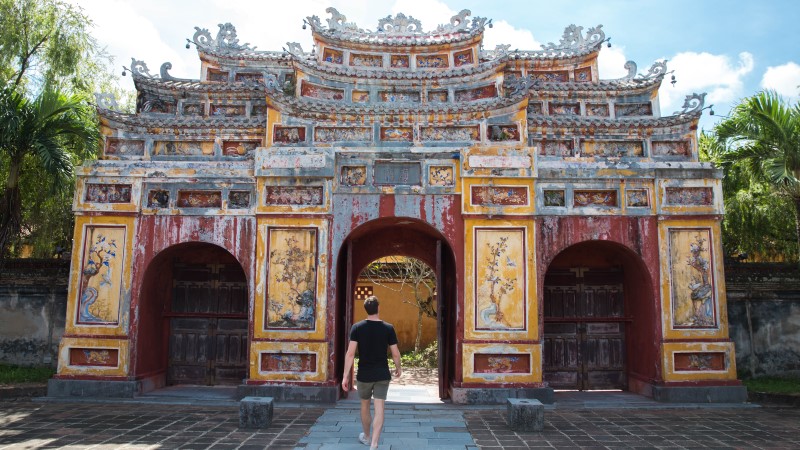 A sprawling complex encircled by an ancient moat, the Imperial City was once the hub where emperors conducted their daily business. Badly bombed during the French and American wars, only 20 of its 148 original monuments remain. It’s now a UNESCO World Heritage listed site and must-sees include the Emperor’s Reading Room, the Halls of the Mandarins and the Forbidden Purple City.

GO NOW: UNEARTH THE IMPERIAL CITY ON THIS 10-DAY TOUR OF VIETNAM

To date, seven impressive mausoleums have been uncovered in Hue. Built to commemorate the Nguyen emperors, many have now fallen into disrepair. Tu Duc’s tomb is the most expansive featuring elephant statues, temples and a lily-filled moat, but those of Minh Mang and Khai Dinh are also worth a visit. They can all be reached by bicycle, tuk-tuk or on the back of the moped.

SUBSCRIBE TO OUR NEWSLETTER FOR THE LATEST OFFERS, NEWS AND TRAVEL TIPS

4. Journey over the Hai Van Pass 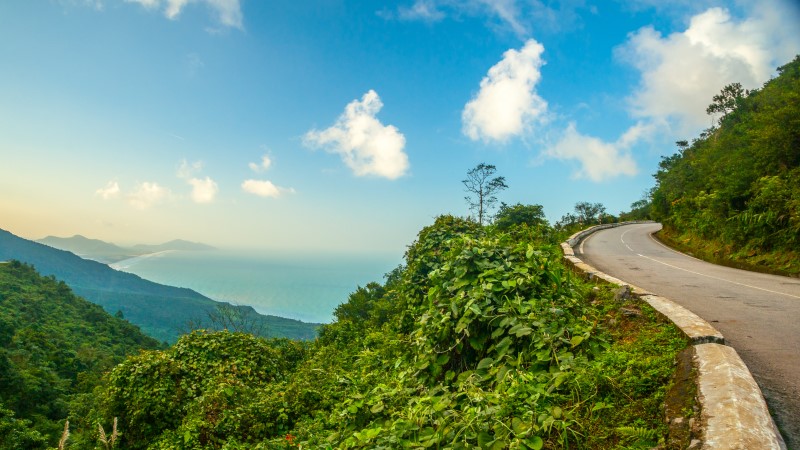 A contender for Vietnam’s most famous road, the Hai Van Pass is the short but scenic coastal route connecting Hue, Hoi An and Danang. Winding around a steep mountainside above the East Sea, the pass offers fabulous views over Danang Bay. There are a bunch of ways to travel it including by bus, car or train. However, experiencing it on a stamina-testing cycle makes for a delightfully exhilarating day trip.

5. Stroll along the Perfume River 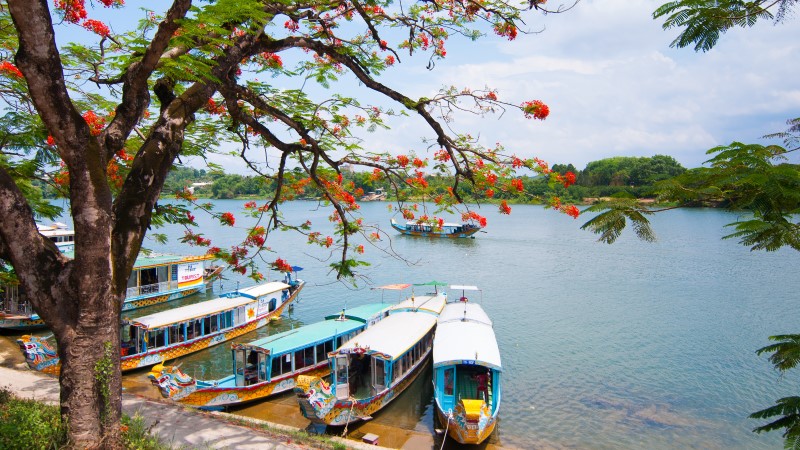 The Perfume River got its name over a century ago when flowers from the orchards upstream would fall into the water creating a perfume-like scent. Nowadays the waterfront is a hive of activity. In the evenings lantern-lit restaurants open up and locals flock to the banks for stunning sunset views. Or, if you’re more of a morning person, why not join the local joggers bright and early? 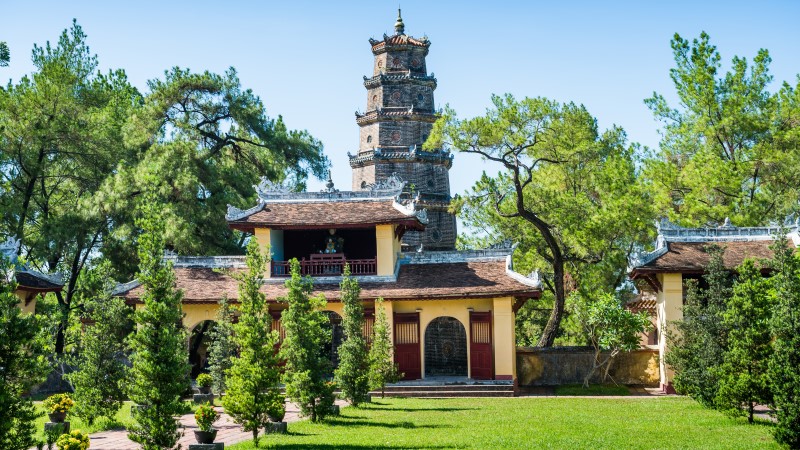 This iconic seven-storey pagoda is known as the unofficial symbol of Hue. Perched high on a hill overlooking the Perfume River, the grounds also house an active Buddhist monastery dating back to 1601. It’s here you can see the car belonging to Thich Quang Duc, a monk who set himself alight in protest against the treatment of Buddhist people in 1963. It’s a truly serene and beautiful place.

TRAVEL SOON: ENJOY A TASTE OF HUE ON THIS 12-DAY FOODIE EXPLORATION 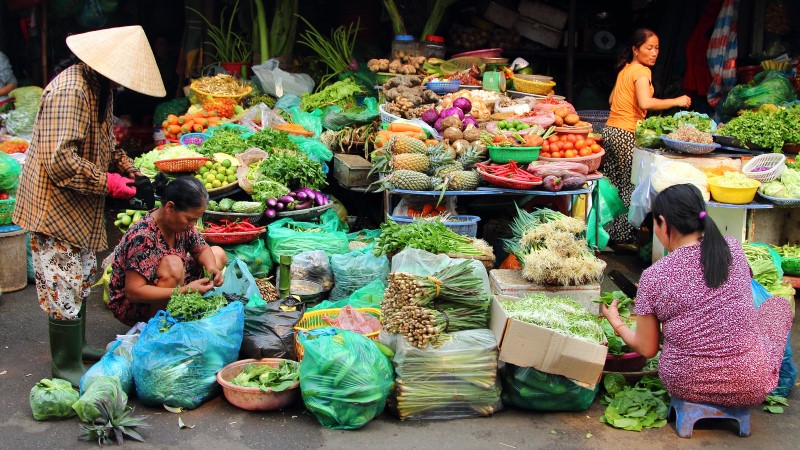 Markets offer an excellent window into local life and Hue’s Dong Ba Market is no different. Open from 3am to 8:30pm daily, there are hundreds of stalls here selling fresh produce, clothing and souvenirs like their famous conical hats embroidered with poetry. There’s also a sizeable food court, providing a perfect spot to sample bun bo hue. Don’t overlook the street food sellers on the ground floor either.

RELATED: 5 STUNNING WAYS TO STEP OFF THE BEATEN TRACK IN VIETNAM

8. Make your own incense 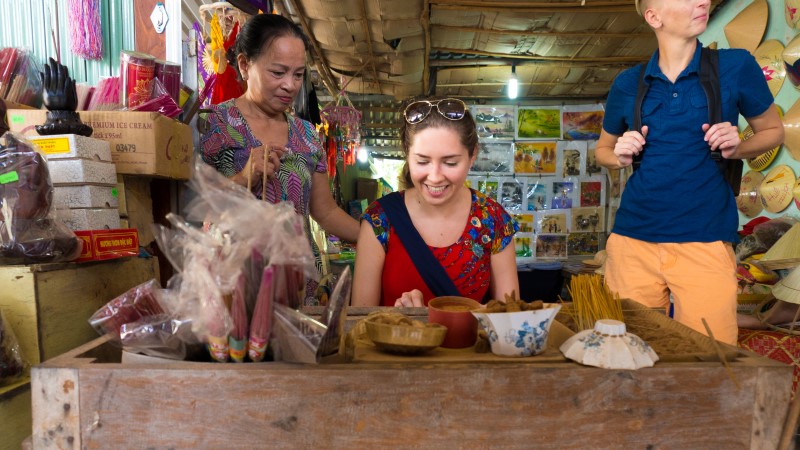 Given its spiritual significance and all the temples, tombs and pagodas, you’ll quickly become accustomed to the heady scent of burning incense in Hue. The families in Thuy Xuan Village have been making incense for the whole of Vietnam for hundreds of years. On a visit here, you’ll learn all about this important art form and try your hand at creating your own. There’s no better souvenir!

Love the idea of exploring Vietnam on a small group tour? Check out Intrepid’s broad range of trips today.