A journey into Spanish wine over a long lunch 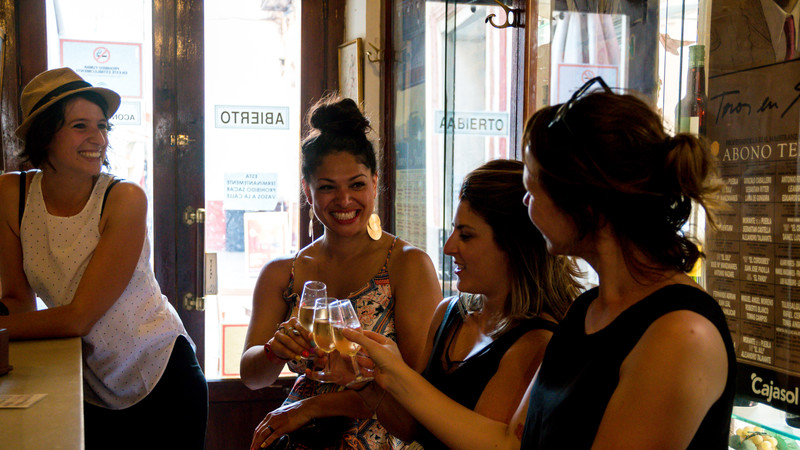 This article originally appeared on VINOMOFO.

I was going to attempt to share everything there is to know about every Spanish wine, but the internet just isn’t big enough. And then all of that thinking about Spain and wine made me hungry and so I just decided to curate my dream Spanish long lunch instead. Honestly, what is wine without food?

To set the scene, we’re in Barcelona. Around an old wooden table on the top floor terrace of an eccentric, local artist (ok ok ok FINE, Javier Bardem and Penelope Cruz are there). The day is warm and languid, the table is set with flowers and spilling bowls of fruit, and we won’t stop eating until the sun has fallen, our cheeks are flush, and candle wax is pooling at our feet.

(If you can’t get to Barcelona, this would be just as delicious around your very own dining table at home, with all of the people you love, and a decent set of speakers.)

JOIN US ON A 10-DAY FOOD ADVENTURE ACROSS NORTHERN SPAIN NOW! DETAILS HERE 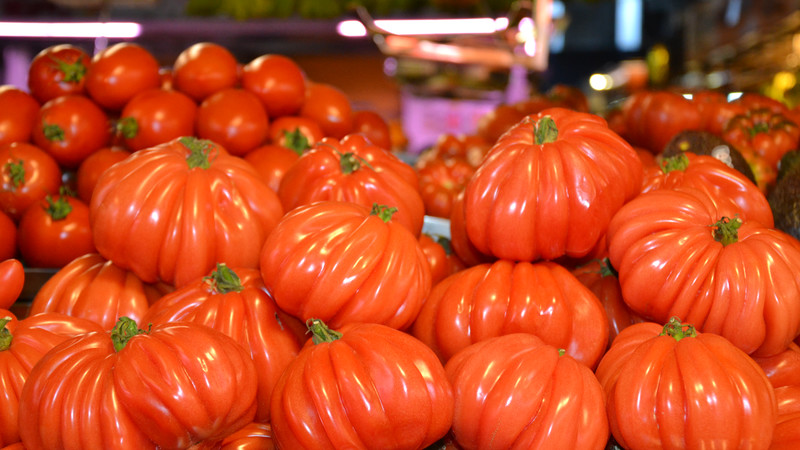 Fizzy wine is a classic aperitif the world over, and the Catalans’ offering is Cava. Made from local varieties of macabeu, parellada and xarel-lo (say that three times fast!) in the champenoise traditional method, the world of Cava is broad and deep. For the first drink of the day/night – we’d suggest splashing some cash and enjoying it (preferably) out of a magnum.

One of Spain’s most iconic dishes, and certainly Catalunya’s. It’s everything and nothing. Bread, rubbed with tomato and seasoned with oil, salt and maybe garlic. Bueno!

Sticking with a (slightly over-played) classic here, because it’s actually that good. And in Spain, it will likely spark discussion – everyone has a favourite version.

RELATED: SPAIN IN ONE WEEK: THE ULTIMATE GUIDE 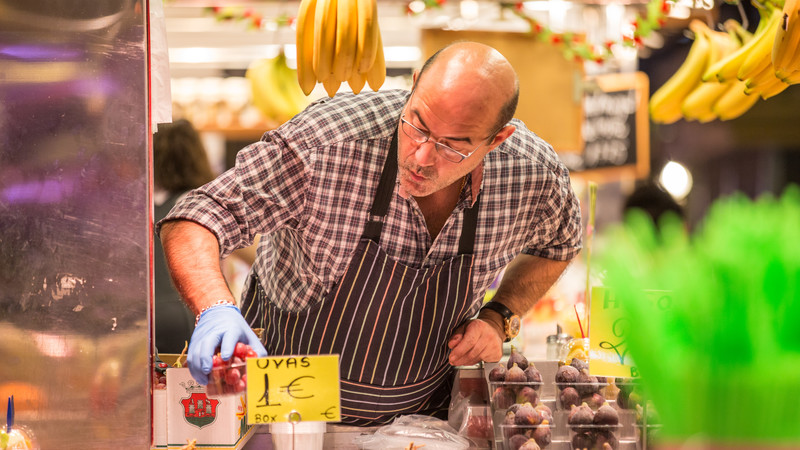 Moving now to the Atlantic coast; it has to be an Albariño from Rias Baixas to accompany the iconic Pulpo á Feira (Pulpo Gallego in Spanish). Zippy, aromatic and minerally, it’s a good next step from Cava and balances the rich texture of the octopus.

To listen: “Volando Voy” by Chambao

Keeping it calm with a cover of a very famous Flamenco song, originally by Cameron de la Isla.

INTERESTED IN A SPANISH ADVENTURE? CHECK OUT OUR RANGE OF TOURS HERE 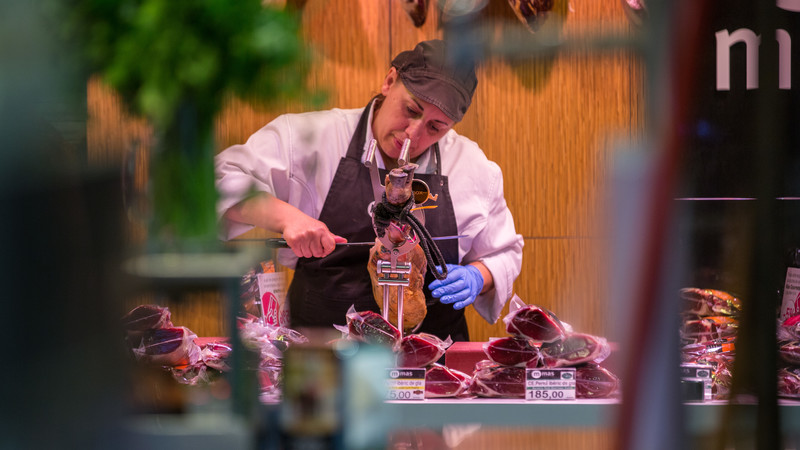 As the first and lightest red (tinto) of the day, Merenzao is a little-known grape local to the Ribera Sacra area (still in Galicia). Is this Spain’s answer to Pinot Noir and Nebbiolo? If you find an elegant year and a quality producer, we think so. The brightness of the wine will balance the fat content of the jamón.

A simple plate of top quality jamón (from Joselito perhaps? Widely regarded as the best in the world). Great jamón requires nothing but your love.

She’s an edgy Spanish rapper and the chorus goes “I’m the cook of your best dishes”… It’s a nice little halftime pick-me-up. 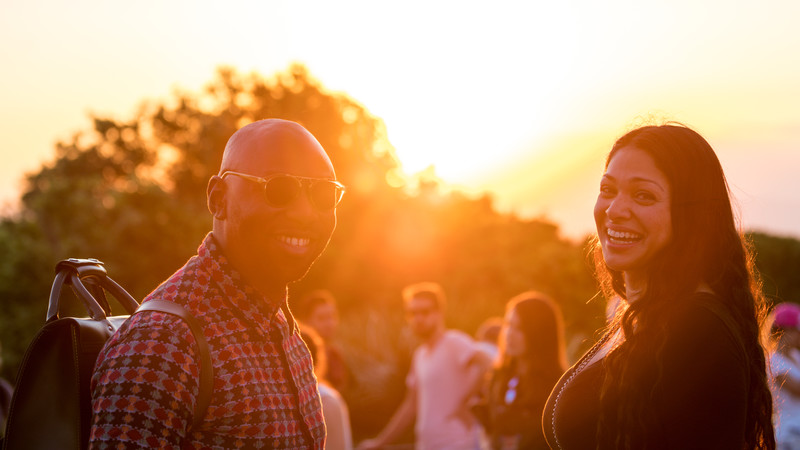 As the food moves to north, so does the wine. Rustic stew meets rustic tannins. This is a classic Rioja, and it’s got big fruit to match those big tannins. It will warm your cheeks deliciously as the classic Asturian dish Fabada (pork and bean stew) warms your belly.

Spain’s answer to baked beans. No, not at all, that’s a horrible insult. These are slow cooked beans with pork shoulder, chorizo, morcilla (blood pudding), and saffron. Best served with crusty bread and a hearty appetite. The key here is to not throw the baby out with the bathwater – use the cloudy water from the jar of beans in the dish. Correct, no straining.

The day is progressing, the shadows are long, the mood is high. So we’re kicking back to 1995 and a song to get the table bopping/laughing/nostalgic for their Doc Martens.

Like a flan but made with just three ingredients. Egg yolk, sugar and water. It’s a tender and light and unbelievably smooth custard. Heady.

To listen: “Caminando por la Calle” by the Gipsy Kings

At this point, the liquid sultana juice is flowing and cheeks are aflush. Someone starts this one a cappella. Soon the whole table is singing. Don’t worry, you’ll catch on with or without the Pedro Ximenez, it’s a song of two lines only.

Want to eat your way around Spain? Join us on our Northern Spain Food Adventure.

A journey into Spanish wine over a long lunch was last modified: June 25th, 2019 by Beth Bicknell
BarcelonaFoodreal food adventureSpainWine

I’m the classic Gemini, fast talking, million ideas a minute and cannot sit still (or stay in one place for too long). When I’m not asleep, I’m doing yoga, travelling (with a passion for exploring the African continent and their fabric) and working in the wine industry. I also talk fast in Spanish. 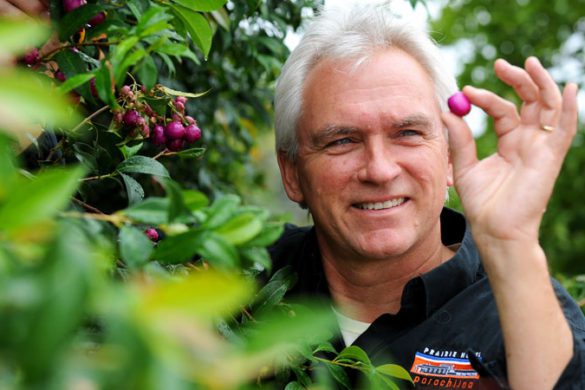 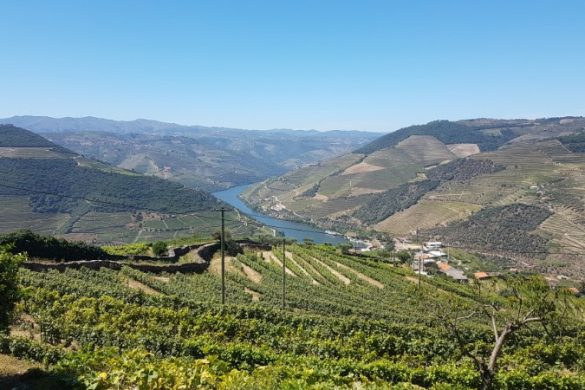 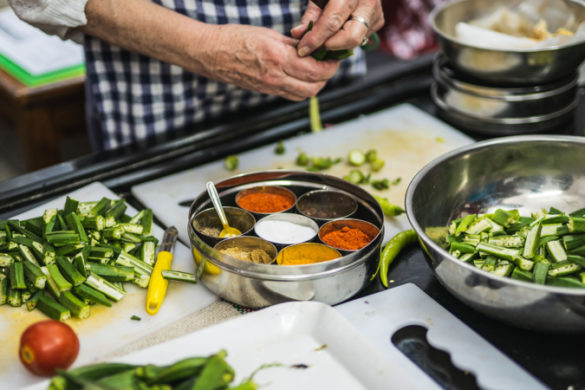 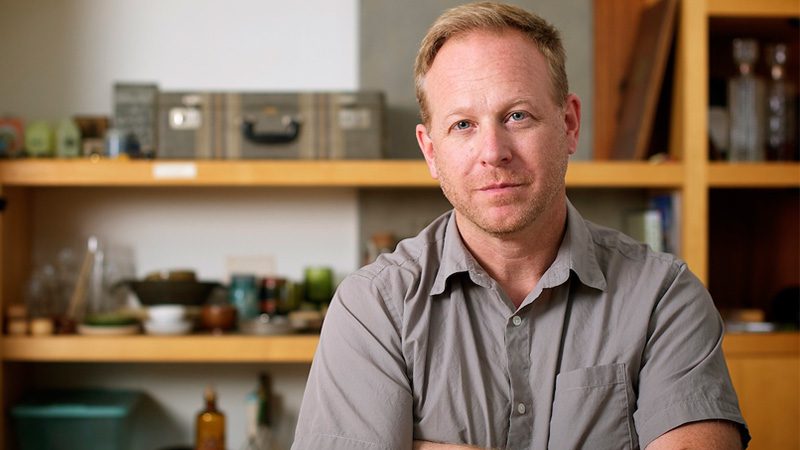 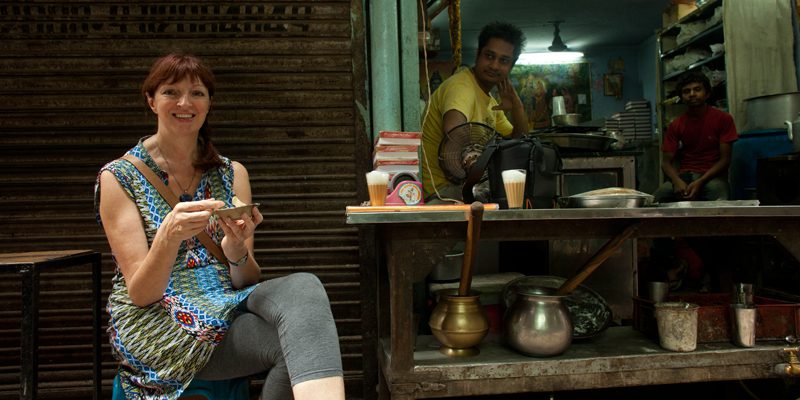 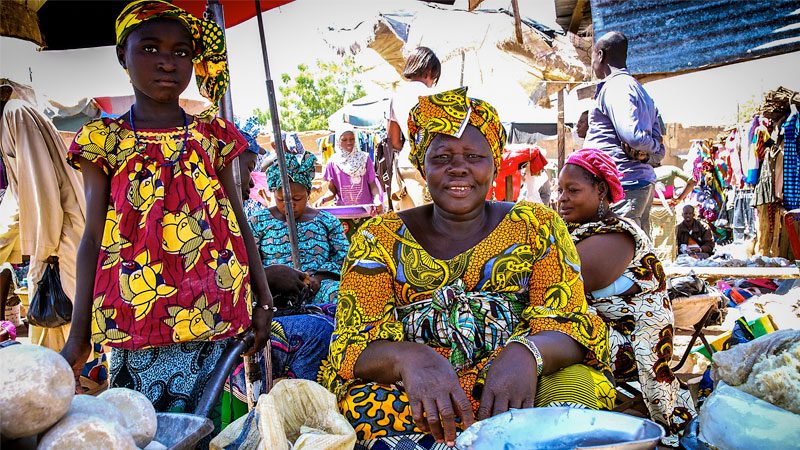 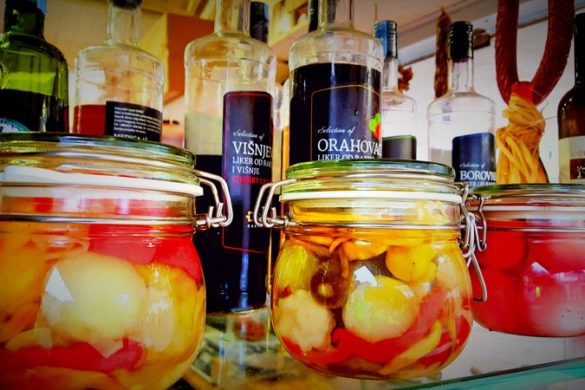 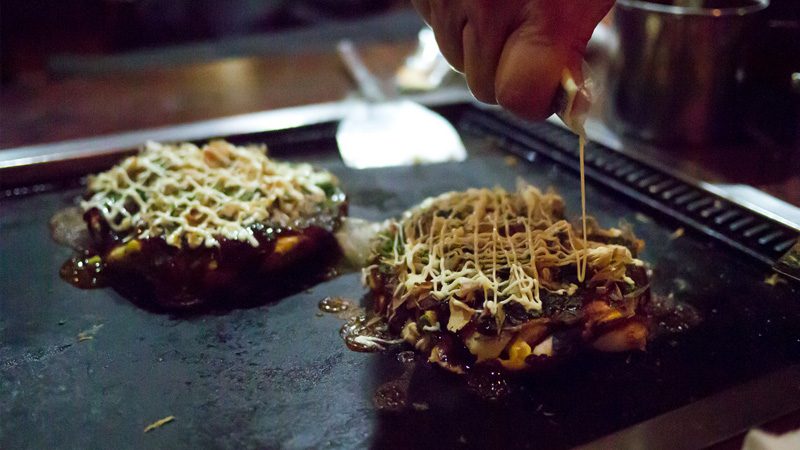 Taste of Tokyo: 13 Japanese snacks you’ve just got to try 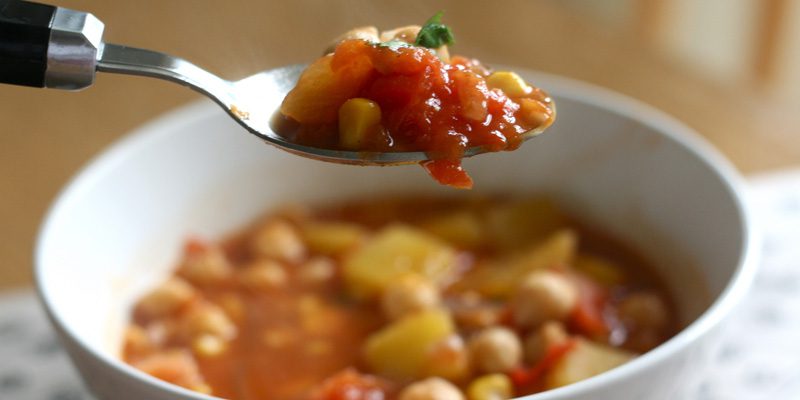 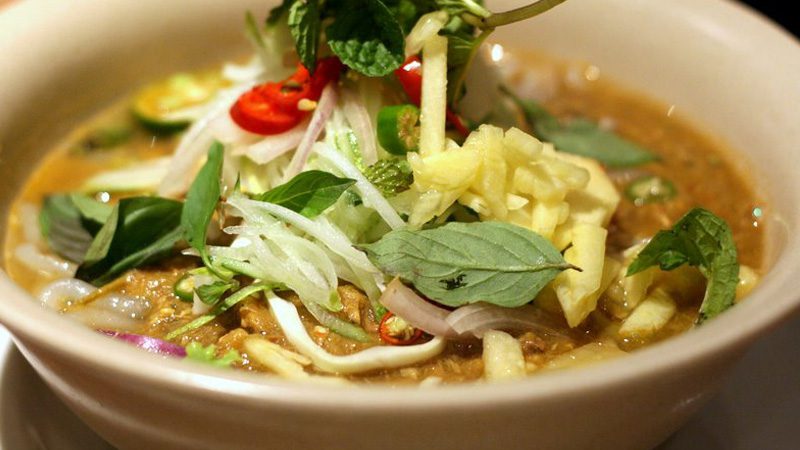