Whether you’re the front-runner in your local hot dog-eating contest or decked out Uncle Sam-style at the annual parade, we can all agree that the 4th of July is the United States‘ holiday to go all out. And we do mean all out. Fireworks displays, grandiose parades, BBQs upon BBQs – it’s the most tri-colored day of the year.

July 4th celebrates the United States’ independence from British rule in 1776 following the American Revolution. Thomas Jefferson drafted the Declaration of Independence, Continental Congress voted in favor of the move and the rest is, well, history. July 4th only became a federal holiday in 1941, but today, it’s undoubtedly the United States’ most festive affair. So put down the red and blue food coloring, save the Star-Spangled cake for Labor Day, and get yourself to one of these great cities in the United States on the 4th of July. 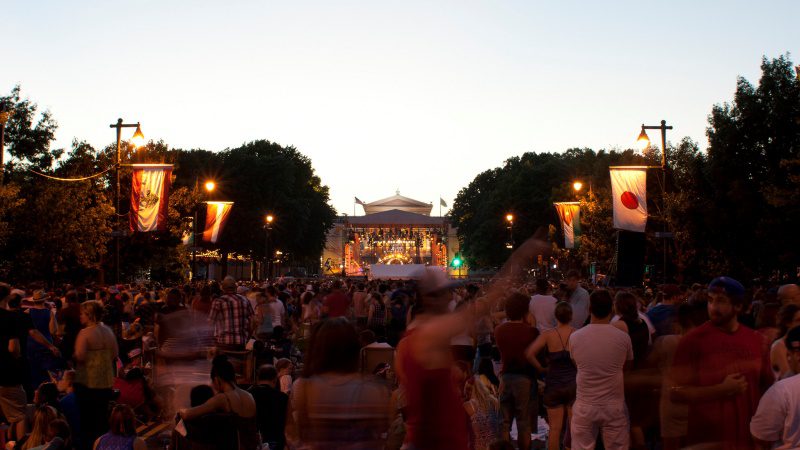 Where better to ring in the United States’ birthday than where it all began? Philadelphia is the birthplace of the nation, and the city’s going to party like it’s 1776. Start your day off at the Celebration of Freedom Ceremony before heading to one of the many 4th of July events happening around town: a free museum visit at the National Museum of American Jewish History, the Independence Day Parade, Party on the Parkway (kid-friendly), Assembly Rooftop Lounge’s beer garden (not-so-kid-friendly), Battleship New Jersey 4th of July Fireworks, and Wawa Welcome America July 4th Concert and Fireworks. Whew, what a day. 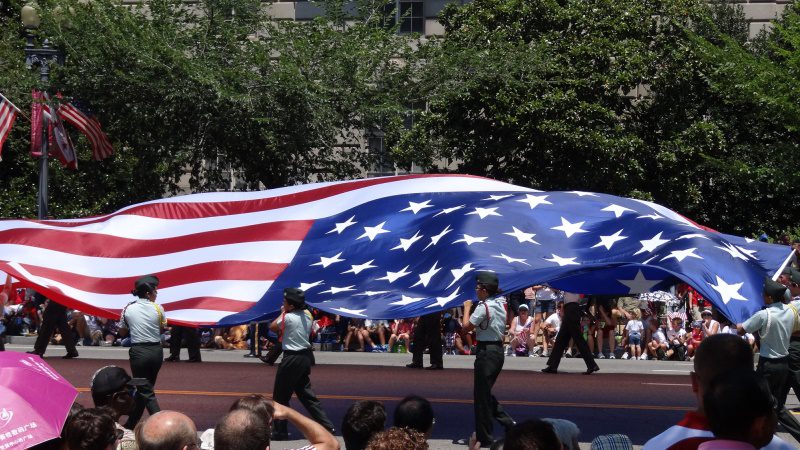 This one should come as no surprise. Celebrating Independence Day in the nation’s capital (only a few miles away from the Prez himself) is definitely brag-worthy material. Remember when we mentioned the Declaration of Independence – you know, that monumental, game-changing document? Well, you can start your 4th of July seeing it in person at the National Archives. Then make sure you catch the National Independence Day Parade, see a free concert on the West Lawn, visit the Smithsonian American History Museum and ogle fireworks bursting over the Washington Monument. 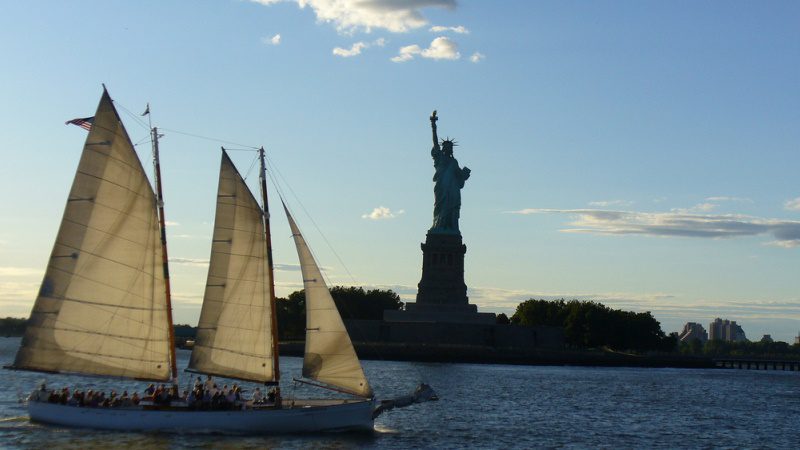 New York City easily boasts some of the best music, food and bar scenes in the country, and its 4th of July celebrations are no exception. The Big Apple knows how to party. On Coney Island, watch the world famous Nathan’s Hot Dog Eating Contest and enjoy some local music and entertainment (maybe a hot dog too, if you can stomach it). Then hop aboard a sailboat around the Statue of Liberty, because, you know, she’s kind of a big deal. Come nighttime, settle in to watch the iconic spectacle that is Macy’s 4th of July Fireworks. New York is truly the ‘city that doesn’t sleep’. 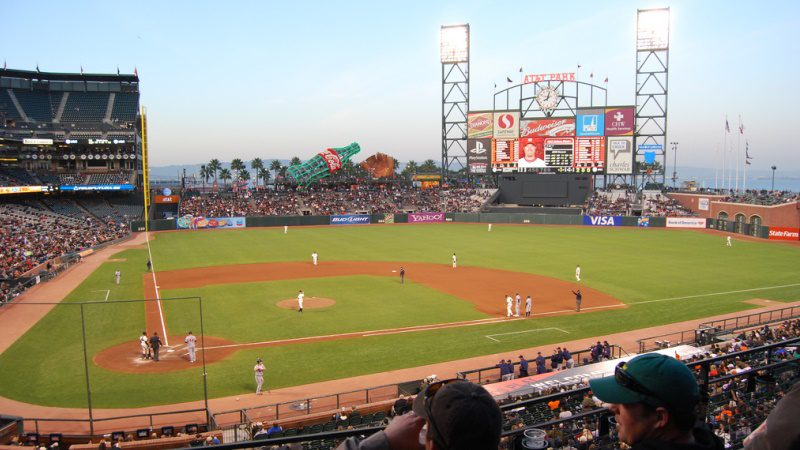 Western USA may have been colonized later than the east, but the United States’ kid brother can Fourth-of-July like the best of them. Our top pick for the West Coast? San Francisco, baby. Pier 39 is jam-packed with special exhibits, live music, mouth-watering food and family-friendly activities, or in true North American fashion, hit up a baseball game at AT&T Park. As the sun sets, head down to the Shoreline Amphitheatre for the annual fireworks concert with the San Francisco Symphony, and listen to the sweet melodies of movie scores like ET, Harry Potter and Star Wars. The 4th of July never sounded so good. 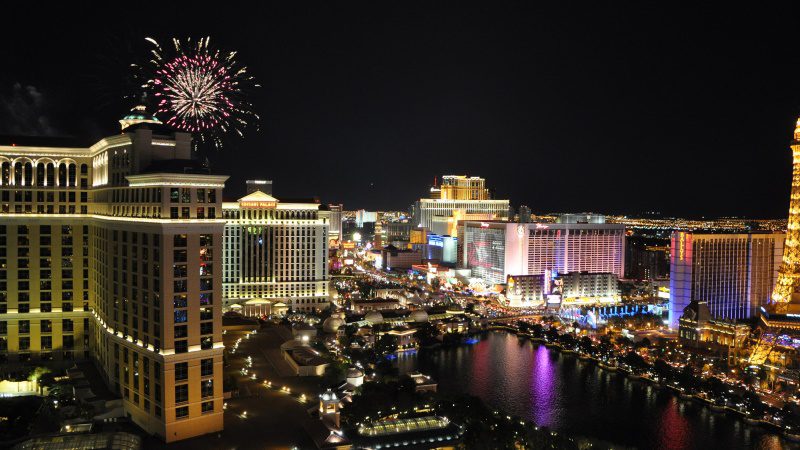 If you’re really wanting to spice up your July 4th festivities, look no further than Las Vegas. Hotel bars, casinos and swimming pools get the party started early with lots of patriotic fervor. Everything is open and most venues will have food and drink specials. For something on the tamer side, the LINQ Promenade – Vegas’ open-air dining, retail and entertainment district – brings out 4th of July-themed balloon artists, caricature artists, games and entertainers. At night, watch multiple firework displays light up the sky, as Caesars Palace, the Stratosphere, Mandalay Bay and others put on their best lightshows of the year. Viva Las Vegas! 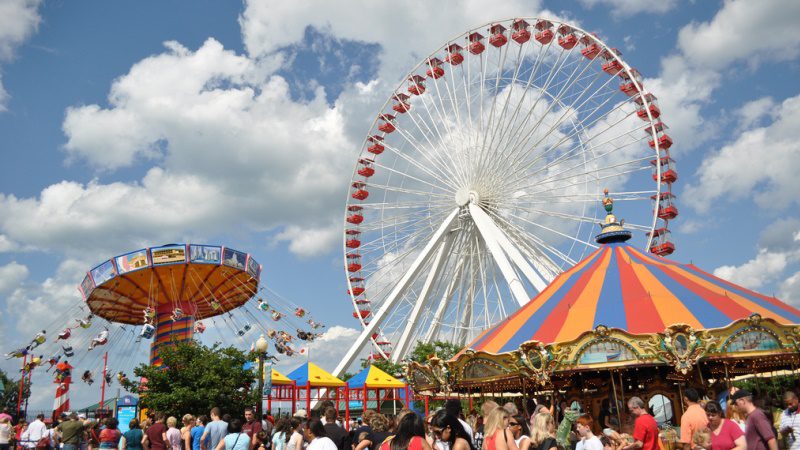 Chicago is another great choice for the 4th of July. You’ll be blown away by The Windy City’s celebrations (we just had to, sorry). Most of Chicago’s Independence Day action happens on the city’s Navy Pier. Rides? Check. Deep dish pizza? Check. And you guessed it: fireworks. After a day of food and rides, and more food and more rides, check out the fireworks display on the Pier. This dynamic city of skyscrapers and waterways is ready for some serious 4th of July fun.

They may really step up their game on Independence Day, but these cities are great anytime of the year. Don’t believe us? Explore them for yourself. View all USA trips 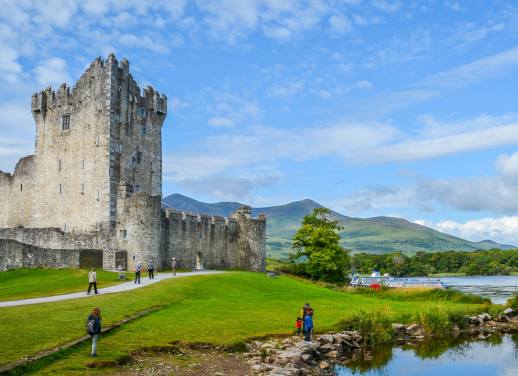 Hey Becky, no problem! All you have to do is scroll down any email we’ve sent you. There should be an ‘Unsubscribe’ link at the bottom. Give that a click and you’ll be off the list!